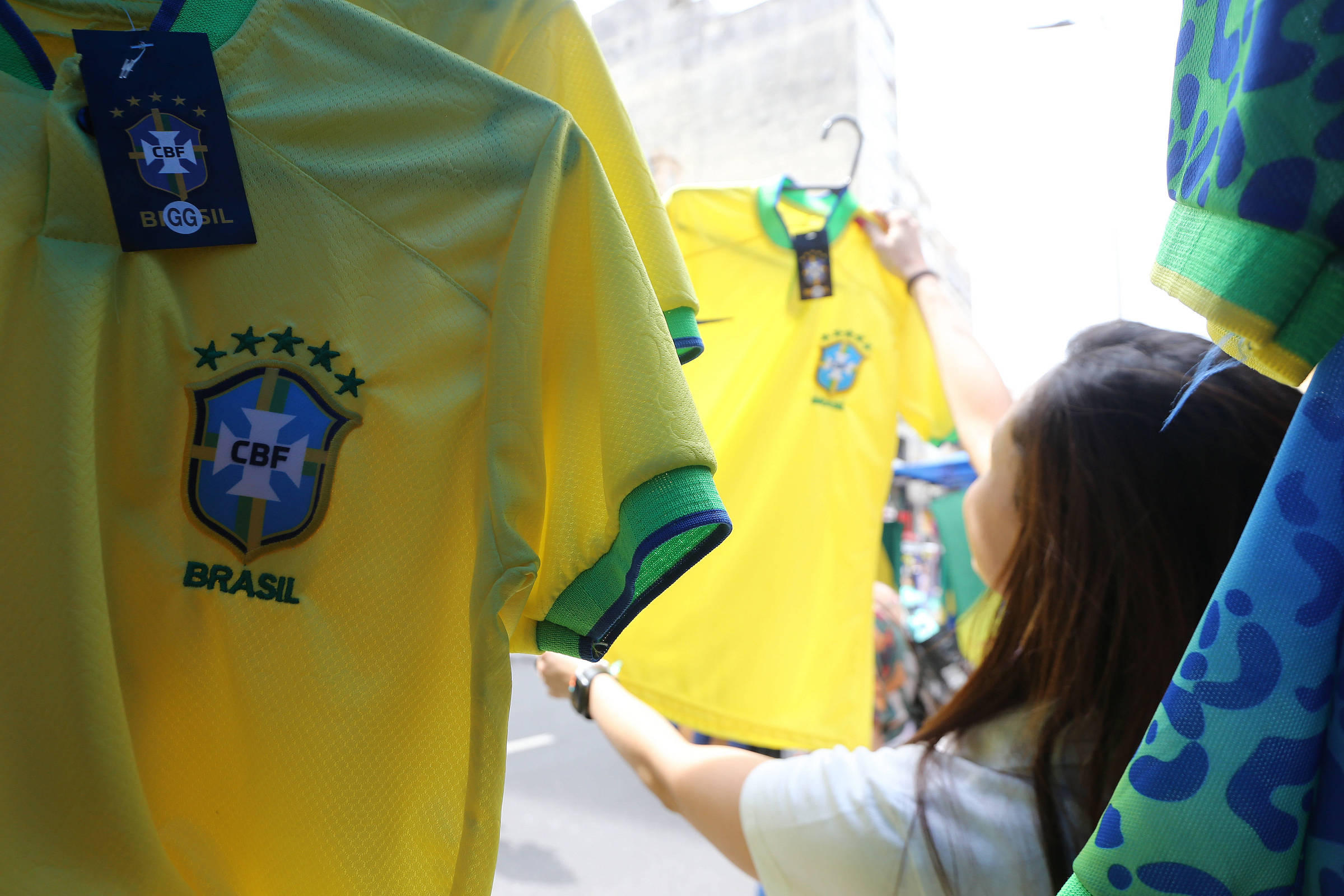 The debut of the Brazilian team against Serbia this Thursday (24), the eve of Black Friday, boosted demand for five-time champion team shirts.

Until recently associated with political polarization – supporters of current President Jair Bolsonaro (PL) took the shirt as official clothing–, the yellow shirt returned to its origins with Brazil on the field. President-elect Luiz Inácio Lula da Silva (PT) himself posted this Wednesday a video on his social networks in which he appears carrying the Brazilian flag, with the message: “The green and yellow belong to all the colors of this country.”

According to the national leader in e-commerce, Mercado Livre, the product was the most searched for on Tuesday (22), ahead of cell phones (second most searched item in the marketplace), notebooks (in fourth place) and fans (fifth).

“The first place in searches was ‘Brazil shirt’ and, the third, ‘Brazil shirt’, which makes us conclude that the search for the main item of the selection was so demanding that it managed to transform the top 5 into a top 4, which just goes to show that the Brazilian consumer is passionate about football,” said Júlia Rueff, senior director of marketplace at Mercado Livre.

The product is also on Amazon’s bestseller list, which is updated hourly. This Wednesday, around 1 pm, the official shirt of the Brazilian team was the eighth best-selling product on the Brazilian version of the site.

In the list of products on the rise, the shirt was the fifth item in the ranking, with prices starting at R$94.90. By product on the rise Amazon means items that grew the most in sales in the last 24 hours. In the case of the selection’s shirt, the advance was 1,174% in the period.

But it wasn’t just the big marketplaces that registered the search for the green and yellow shirt. In the streets of the Santa Cecília neighborhood, in the central region of São Paulo, small retailers displayed their stocks, while last-minute consumers rushed to secure the mantle, in pirated versions of the official yellow shirt of the CBF (Brazilian Football Confederation) and also other , more stylized, in blue and green colors. All in a Black Friday mood, with prices between R$15 and R$25.

“This is really a Black Friday that will go down in history, due to the conjunction of the main retail date with the biggest soccer championship in the world”, he told Sheet Fernanda Nakazaki, Mercado Livre’s insights leader for Latin America. “As a result, we see this accelerated search for T-shirts from Brazil.”

A search that will continue in the coming days, according to retailers, depending on the performance of the Brazilian team on the field.