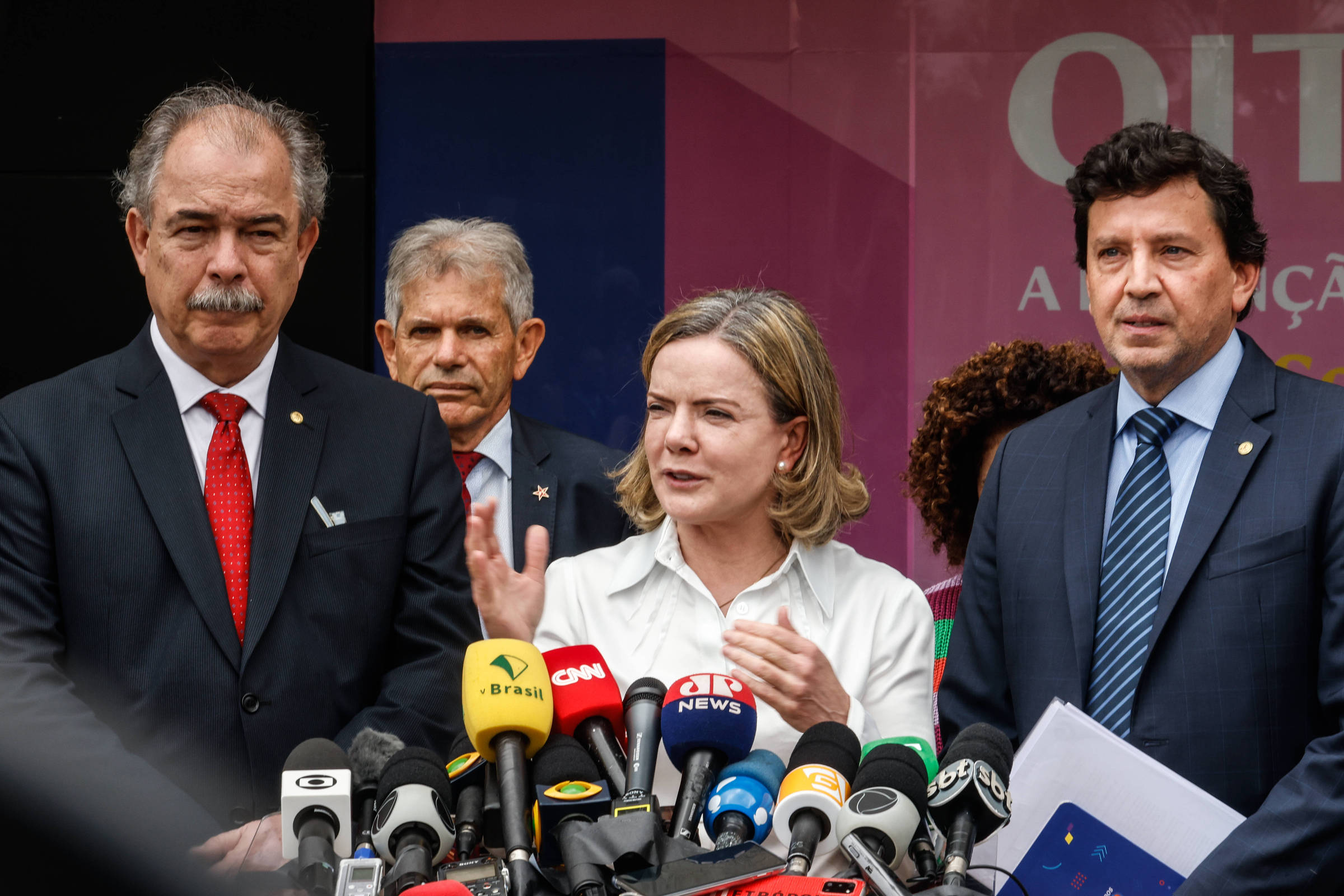 The national president of the PT and coordinator of the political articulation of the transitional government, Gleisi Hoffmann, hit back this Thursday (24) the PT senator Jaques Wagner (BA) and stated that the problems of processing the PEC (proposed amendment to the Constitution) of the Transition are not linked to the uncertainty about the future Minister of Finance, but to the lack of political articulation in the Senate.

Gleisi also said that he continues to bet on the approval of the PEC to make it possible to pay Bolsa Família in the amount of R$ 600, but already admits to “looking for other solutions”.

Gleisi spoke with journalists shortly after attending Brazil’s debut in the World Cup, alongside vice-president-elect Geraldo Alckimin (PSB) and other members of the transitional government. The PT president was questioned about the speeches of Jaques Wagner, chosen by the party to reinforce the political articulation for the approval of the PEC.

Earlier, at the CCBB, the senator said that a Minister of Finance from the elected government of Luiz Inácio Lula da SIlva (PT) was missing to facilitate the negotiations involving the PEC.

The parliamentarian stressed that it was an “opinion”, but that he would talk to Lula in São Paulo. The two have a meeting in São Paulo this Friday (25).

“There is a lack of political articulation in the Senate, which is why I think we are stuck on the PEC. [O problema foi] the way in which the process was started, without talking or without formatting a stronger base of government. It’s not a lack of a minister,” countered Gleisi.

“I don’t see that [que a nomeação do ministro pode facilitar a tramitação]🇧🇷 I think the political articulation takes place in Congress, regardless of who is a minister. We have to respect the time of the President of the Republic, Lula’s time, to evaluate who he wants in the ministries, because this is a very big responsibility”, completed the deputy, adding that she did not know the reason for this “anxiety”. .

The PT president then said that a large part of the difficulties in dealing with the Senate is a consequence of the way in which the negotiations began, without having had conversations with all the leaders and with all the benches. She said it ended up “annoying people”. On the other hand, she stated that these issues can be overcome and that conversations to unblock the procedure are already being held.

Gleisi also ruled out starting the processing of the text by the Chamber of Deputies, arguing that the Senate is a house that allows for a faster process. Asked if there was a plan B for the eventual failure of the PEC, she replied that she continues to bet on the proposal, but that they can look for other solutions if there is no progress.

“I bet a lot on the political solution, as the president said [Lula]🇧🇷 I think that the National Congress has a responsibility to the country and to the Brazilian people, because what we are putting in the PEC is exactly what was approved by the Brazilian population in the presidential elections. So I think the House has resonance in this regard, we’ll bet. Obviously, if that’s not possible, we’re going to have to look for other solutions,” he said.

The transition team is betting on the approval of the PEC to make it possible to pay the Bolsa Família program outside the spending ceiling. The PT wants at least R$175 billion in licenses to spend to finance the program, in addition to another R$23 billion for investments.

In addition to the amount approved outside the ceiling, the shortfall already foreseen for the year is around R$ 63 billion. The expansion of expenses deepens the account deficit, which will have to be financed by the government at double-digit interest rates (expectations are that the Selic, currently at 13.75%, will remain at least at this level until mid-2023 ).

One of the points that hold back the proposal is the duration of this exceptional nature. The PT initially defended that this model would be permanently valid and has already admitted to retreating to the four years of Lula’s mandate.

However, as shown by Sheetthe top of Congress and party leaders concluded that the proposal only has a chance of being approved if it has a maximum term of two years.

The PT’s view is that, if the discussions move towards an even greater dehydration regarding the term, such as a duration of one year, the effort would no longer be worth it because the elected government could look for easier ways to execute the expenses.

The general rapporteur for the 2023 Budget, senator Marcelo Castro (MDB-PI), stated that he intends to file the text of the PEC by Tuesday (29). He predicts that the proposal needs to be approved both in the Senate and in the House by December 10th to have enough time to make adjustments to the Budget.