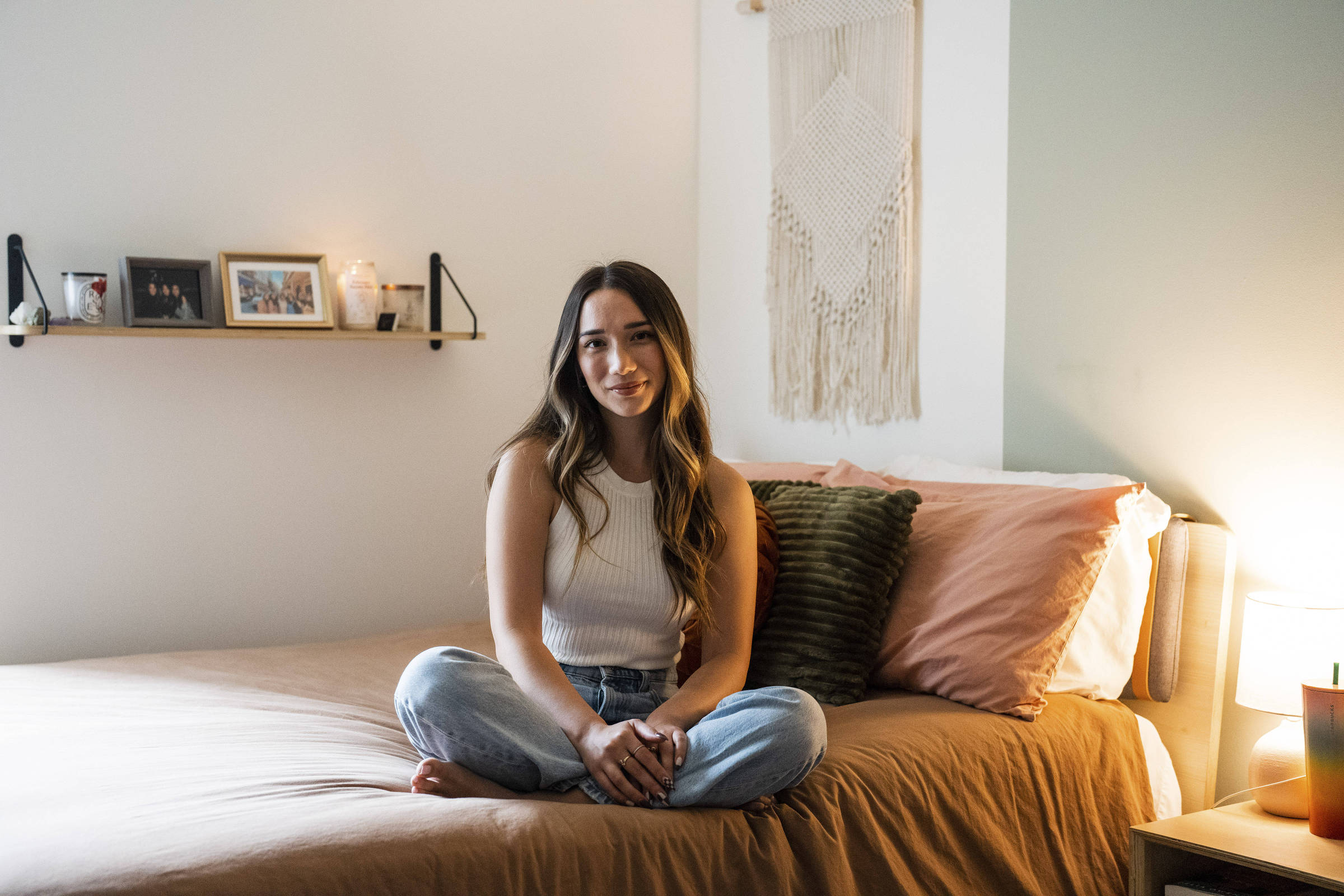 At first, Lindsey Tindage, a 27-year-old corporate recruiter, was wary of “co-living,” or cohabitation, a housing model that brings together strangers in a scheme similar to a student dormitory.

“It felt like a temporary thing because it all felt so easy,” she said. But after moving to New York from Los Angeles in 2021, she struggled to find a home and decided to give community life a try.

Now, a year and a half after renting a room in a furnished apartment in Brooklyn, shared with strangers, Tindage is loving it. “Co-living took all the stress out of moving,” she said.

After a troubled period during the pandemic, when interest in living with strangers plummeted, cohabitation providers now rely on happy customers like Tindage to help reinvigorate their businesses.

With housing costs rising, demand for alternative forms is growing, and “adult dorms,” ​​as living arrangements are often called, are on the rise across the United States.

The number of rooms available or under construction nationwide is up 20% from 2020 to 2022. There are about 74,000 units, according to data from commercial real estate services firm Cushman & Wakefield.

As the rooms are rented separately, apartments created for co-living can fetch rents up to 50% higher than those involving traditional designs, giving homeowners a strong incentive to adopt the new scheme.

The business model has evolved over the past decade as startups like Starcity operated large portfolios of buildings converted into cohabitation facilities.

Now, many operators want to be known less as landlords than as technology platforms that take the headaches out of putting roommates together and managing apartment budgets.

“We match people who have the same interests,” said Sergii Starostin, who helped found the Outpost Club of New York in 2016.

Despite recent growth, the sector is facing major challenges such as dissatisfied tenants, increased legal requirements and a shortage of locations. This has forced some providers to adapt, adopting a hosting model with shorter stays, beefing up headcount and screening potential tenants. Others merged or acquired rivals, but many went out of business.

“Most of the companies that came out in 2017 and 2018 are gone,” said Brad Hargreaves, founder of industry pioneer Common. The firm was created in 2015 in Brooklyn and today manages 7,000 rooms in 80 buildings in places like Birmingham, Alabama; Seattle, Washington; and Tampa, Florida.

Another 18,000 rooms are planned over the next five years, Hargreaves said, adding that companies that failed often paid large sums to rent entire buildings rather than charging rent-based fees like Common, which acquired Starcity’s assets. last year.

“Our model has worked in all senses,” he said.

Hargreaves declined to say whether Common is profitable. Like other live-in providers, it was fueled by venture capital, in its case worth $113 million from multiple fundraising rounds.

Being big and well funded doesn’t seem to avoid problems. Over the past half year, some Common tenants have complained about fights between roommates, poor hygiene and inadequate security, which has forced the landlord to double the size of its support staff.

In August, Hargreaves stepped down as CEO and was replaced by hospitality industry veteran Karlene Holloman. He remains president and chief creative officer.

As co-living multiplies, authorities seem to be paying closer attention. Letitia James, attorney general for the state of New York, said earlier this year that she is monitoring housing code issues and other potential cohabitation violations.

But lawmakers in other cities facing housing crises, such as Philadelphia, are considering allowing these types of hotels to develop again. As it stands, locations can be difficult to find, the developers say.

Since the pandemic, industrial land that was once conducive to shared housing is in greater demand for warehouses and shipping centers as manufacturers try to unclog supply chains.

Other providers get into trouble renting rooms for 30 days or less, a length of stay normally prohibited in New York.

Some co-living companies have started to buy up hotels emptied by the pandemic, offering membership plans that avoid breaking rules about short stays in apartment buildings.

For example, Outsite, a six-year-old company with 45 global locations, last spring purchased a former 21-room hotel in Manhattan’s Chelsea neighborhood. The $9 million property will reopen in November to Outsite members, who can stay for just three nights.

In 2021, Harrington Housing, a five-year-old Toronto company, took over the Mansfield and Seton Hotels and part of the Belvedere Hotel, three midtown Manhattan properties that had been emptied due to lack of tourists.

Harrington renovated the property to add communal kitchens, transformed offices into karaoke lounges and air shafts into patios, while removing reception desks to create living rooms. Tenants, which include many international students, can stay for a minimum of three days.

Harrington’s portfolio is now almost entirely made up of hotels like these, and the company is trying to pivot as regulators rush in, according to Jonas Emre, the company’s CEO.

“Current housing laws are decades old and focus on traditional landlord-tenant relationships,” Emre said. “But living together is breaking those relationships.”

Other providers seemed to get the message about a new era. Bungalow, a five-year-old company that manages 1,380 properties in places like Atlanta, San Antonio and Orange County, Calif., has been revamped.

To create a more stable home climate, some providers have done away with short leases. The Outpost Club initially allowed tenants to stay for just one month. Now the company insists on a minimum contract of 12 months.

Other companies have tweaked their business plans so much that they hardly look like cohabitation companies anymore. For example, co-living provider Venn no longer rents apartments, but instead teams up with landlords and organizes social events for tenants, which helps build communities.

For still others, the past two years have been difficult. Companies that have closed include Quarters, which declared bankruptcy in January 2021; Collective, which went bankrupt in September 2021; and WeLive, WeWork’s residential branch, which closed in the summer of 2020. But WeLive’s former New York location at 110 Wall Street is now leased by Harrington and Placemakr, the hospitality and conviviality platform.

Outpost, which absorbed the leases of four cohabitation companies that closed in recent years, now has 2,500 beds in 40 buildings. Keeping the peace comes down to how many people take care of tenants, which Outpost achieves with 90 employees across all its properties.

“We selected a lot and set a very, very high bar,” said Starostin.