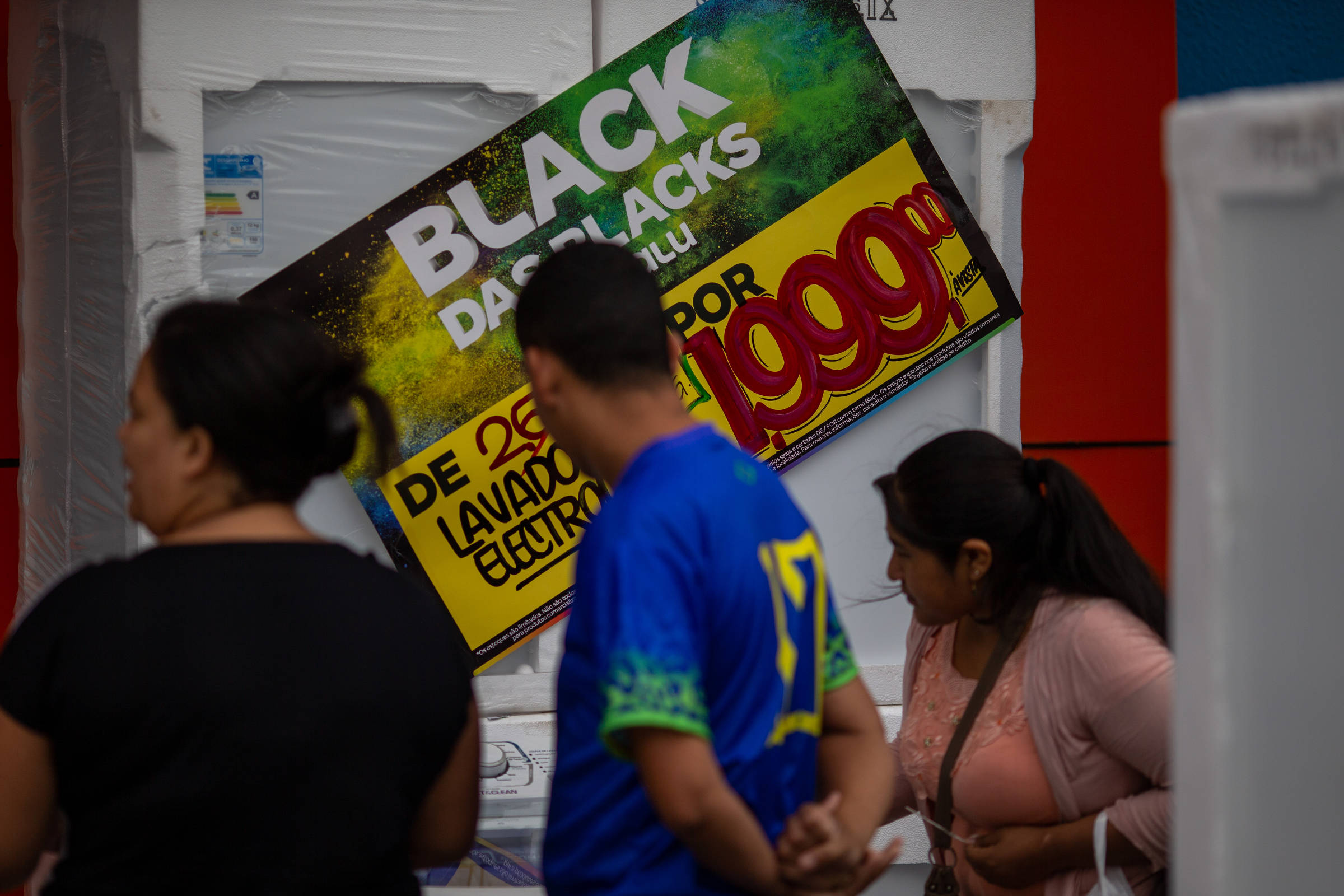 Survey of Mosaico (platform that controls the price comparison sites Buscapé and Zoom) for the Sheet points out that Cyber ​​Monday –the Monday following Black Friday, used to boost online sales– managed to attract more attention to home appliances, such as refrigerators, washing machines and stoves, than to electronics.

According to the ranking of the top 10 most searched categories this Monday (28), smartphone and TV repeat the leadership in relation to last year’s date. The smartphone and cell phones category, however, recorded a 2% drop this Cyber ​​Monday, while the search for TVs grew 9% – a much better number than the performance of Friday itself, when it fell 21.7% on the Black Friday of the last year (considering the period from midnight to 4 pm on the 25th).

The main highlight was household appliances: a rise of 36% in refrigerators, 47% in washing machines and 42% in electric fryers (air fryers). The growth of this last category, which gains space with the proposal to unite practicality and health, can explain, in part, the drop in sales of stoves (-28%). In addition, during the pandemic, many people started to cook at home – an activity that has been losing ground with the return to face-to-face work.

The main drop in the period was observed in notebooks (a 30% drop compared to 2021), also possibly due to the return of face-to-face work. The same reason may have led to the drop in searches for air conditioning (-11%) this year.

This year’s Cyber ​​Monday, however, like Black Friday itself, was eclipsed by the World Cup: Brazil made its debut in the Qatar tournament on the last 24th, the eve of Black Friday, and today made its second participation, by scoring 1-0 against Switzerland.

Abcomm (Brazilian Association of Electronic Commerce) reported that it still does not have closed figures on Cyber ​​Monday sales, but that, due to the game in Brazil, the behavior of purchases should be lower than usual.

Since Black Friday began to be promoted in Brazil in 2010, this was the first year that the event recorded a drop in sales compared to the previous year. In 2021, according to a survey by Clearsale/Neotrust, sales on Friday reached BRL 4.3 billion and, this year, they fell 28%, to BRL 3.1 billion, while the number of orders fell 24%, to 4.5 million.

Consumers have less available credit and retailers have not bet on attractive promotions. “Online sales cooled this year because companies are much less aggressive in shipping, discount and installment policies. They are not looking for sales at any price”, said retail consultant Alberto Serrentino, from Varese Retail.

For Eugênio Foganholo, a partner at Mixxer Desenvolvimento Empresarial, this year’s Black Friday exposed the Brazilians’ inability to consume. “It is true that the Cup on the same date ended up playing against. But the level of employment is only reasonable, while the salary mass is falling”, he stated.

If sales dropped, complaints also dropped. According to the balance of Reclame Aqui, considering complaints registered from 12:00 pm on Wednesday (23rd) to 11:59 pm on Friday (25th), there were 10,093 complaints. By the end of Sunday, the sum reached 15,889 complaints involving products and services on Black Friday.

The category of smartphones (the most sought after, according to Mosaico) occupied the first position among the most complained about, with a share of 7.91%, according to Reclame Aqui. Following, came women’s fashion, with 7.01% of complaints.

In 2021, according to the complaints website, smartphone was the most complained category, but women’s fashion was in 7th place in the ranking. Yet another sign of a return to face-to-face work as a factor in changing purchasing priorities.

Facebook
Twitter
Pinterest
WhatsApp
Previous article
Incident in the China Sea: Beijing announced that it pushed back a US cruiser
Next article
Find out why Iran and the United States have such strained relations