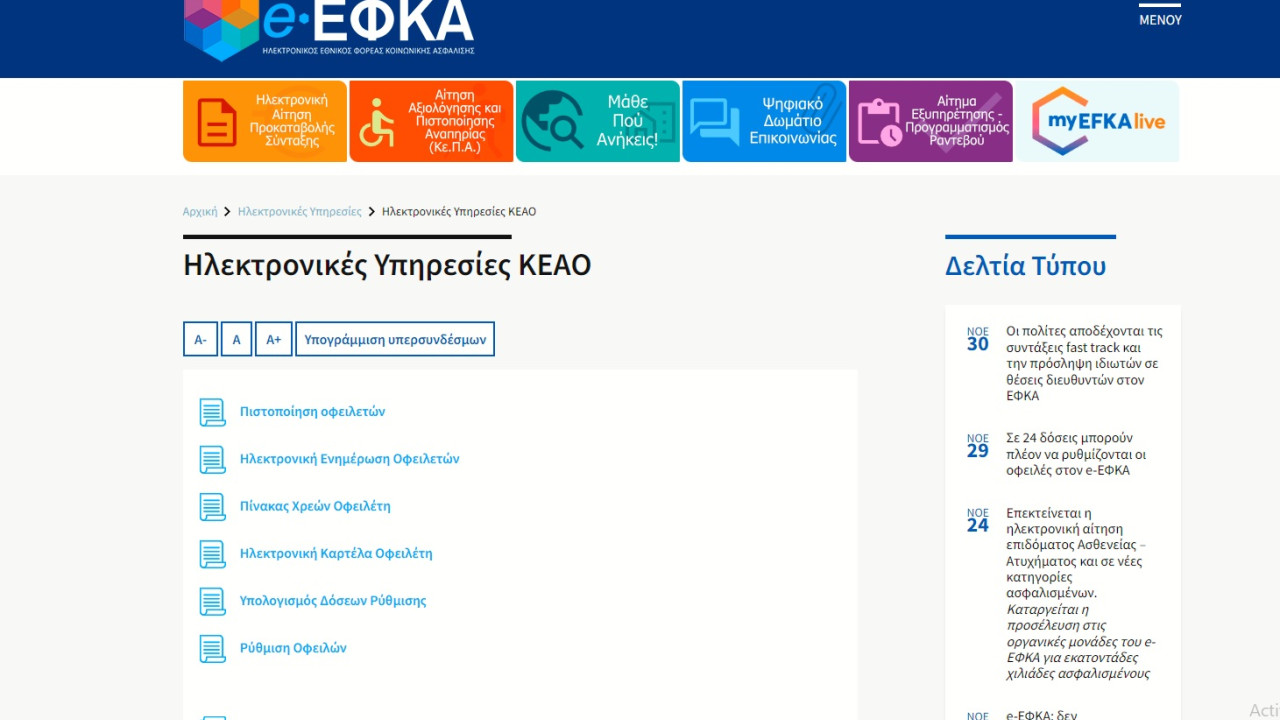 e-EFKA: Possibility of electronic submission of the request for inclusion in 24 installments – When is the arrangement lost

And electronically they can now apply for membership in 24 monthly installments debtors who adhere to a fixed arrangement of 12 installments, as it was activated through the K.E.A.O. electronic services. the relevant process.

Already, the settlement application process had been opened and was done electronically for debtors who wish to settle their overdue debts for the first time, subject to the debtors’ certification in the K.E.A.O. Electronic Services.

When is the setting lost?

The setting will be lost in the following cases:

• A second installment is not paid on time within each twelve-month arrangement.

• A new debt is created.

During the arrangement, the payment delay of one installment per twelve months is allowed and the settlement of this arrears is compulsorily done by the date of payment of the next installment. In this case, however, a late payment surcharge is imposed, which amounts to 15% of the installment amount.

Once the regulation is lost, all the benefits derived from it are also lost, the entire balance becomes due of the debt that remains unpaid and the corresponding surcharges and the compulsory collection measures are reactivated. At the same time, and based on the law, it is prohibited to subject the specific debt to a new regulation.

Facebook
Twitter
Pinterest
WhatsApp
Previous article
The former president of Georgia, Mikheil Saakashvili, was poisoned in prison
Next article
For weddings and celebrations, the Greek islands are becoming a destination