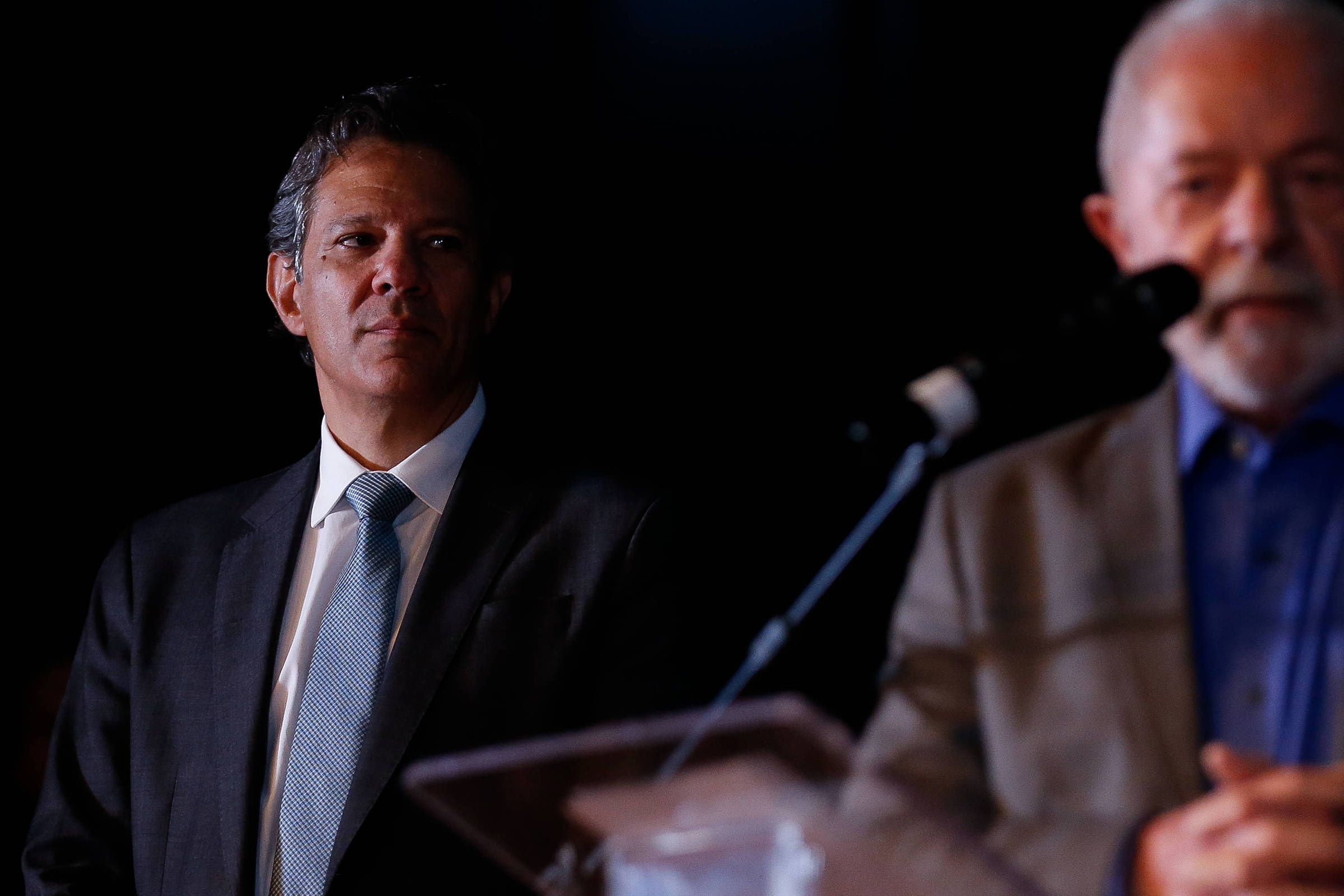 After a sharp drop in the stock market, Haddad says he will assemble a ‘plural team’

After a day of market fear about the direction of the economy under the leadership of the future Minister of Finance, Fernando Haddad (PT-SP), the former mayor said on Monday night (12) that he should “compose a plural team”.

“I don’t want a school of thought running the economy,” said Haddad, who is due to announce some of the names this Tuesday (13).

The declarations came after a sharp drop in the Stock Exchange and a rise in the dollar and interest rates, caused by fears that the government of the president-elect, Luiz Inácio Lula da Silva (PT), will adopt an interventionist economic policy.

One of the main reasons for the market’s concern was the news that the government is discussing modifying the State-Owned Companies Law to allow political appointments, especially that of Aloizio Mercadante for the BNDES and PT senator Jean Paul Prates for Petrobras.

Without going into details about which areas should announce occupants of the positions, Haddad said that he wants to mix young and more experienced people, but that it still depends on some answers from the guests.

Such as Sheet showed, names such as Guilherme Mello, who participated in the elaboration of the government program and is in the economy transition group, are quoted to join Haddad’s team. Gabriel Galípolo, former president of Fator bank and member of the infrastructure transition group. Marcos Cruz, who worked at the global consulting firm McKinsey & Company and was Haddad’s finance secretary at the São Paulo City Hall. Bernard Appy, former Finance Secretary during Lula’s previous administrations and a specialist in taxation (and author of one of the main tax reform models being discussed in the country today).

Also quoted are Bernardo Guimarães, professor at the School of Economics of São Paulo, at the Getúlio Vargas Foundation (FGV EESP) and Marco Bonomo, professor of finance and monetary economics at Insper.

Guimarães is a renowned macroeconomist, PhD from Yale University, former professor at the London School of Economics. His main subject of study involves the government’s most immediate problem: lasting balance of public accounts, in addition to monetary policy. He graduated in production engineering from USP, where he completed his master’s degree in economics. Started writing a column on this Sheet in November.

Bonomo graduated and received a master’s degree in economics from PUC in Rio; received a doctorate from Princeton University. He is well tipped to be Secretary of Economic Policy. Guimarães could work with him, although he is also cited for a post in Planning.

He said that he is awaiting a decision from the president-elect, Luiz Inácio Lula da Silva (PT), on who will lead the Planning portfolio. According to him, decisions will be made “based on evidence, with good science, common sense”.

This Tuesday, in the morning, Haddad will meet with the Minister of Economy, Paulo Guedes, and in the afternoon, he will have lunch with the president of the Central Bank, Roberto Campos.

The future minister said that he should not paralyze all the projects of the previous administration. “Whatever is important and adheres to what we think, let’s play.”

Facebook
Twitter
Pinterest
WhatsApp
Previous article
Solz: Europe will cooperate with Russia after the end of the war, but that time is far away
Next article
Ruth Wilson Says She Doesn’t Want to Get Married: ‘I Don’t Believe in Institutions’