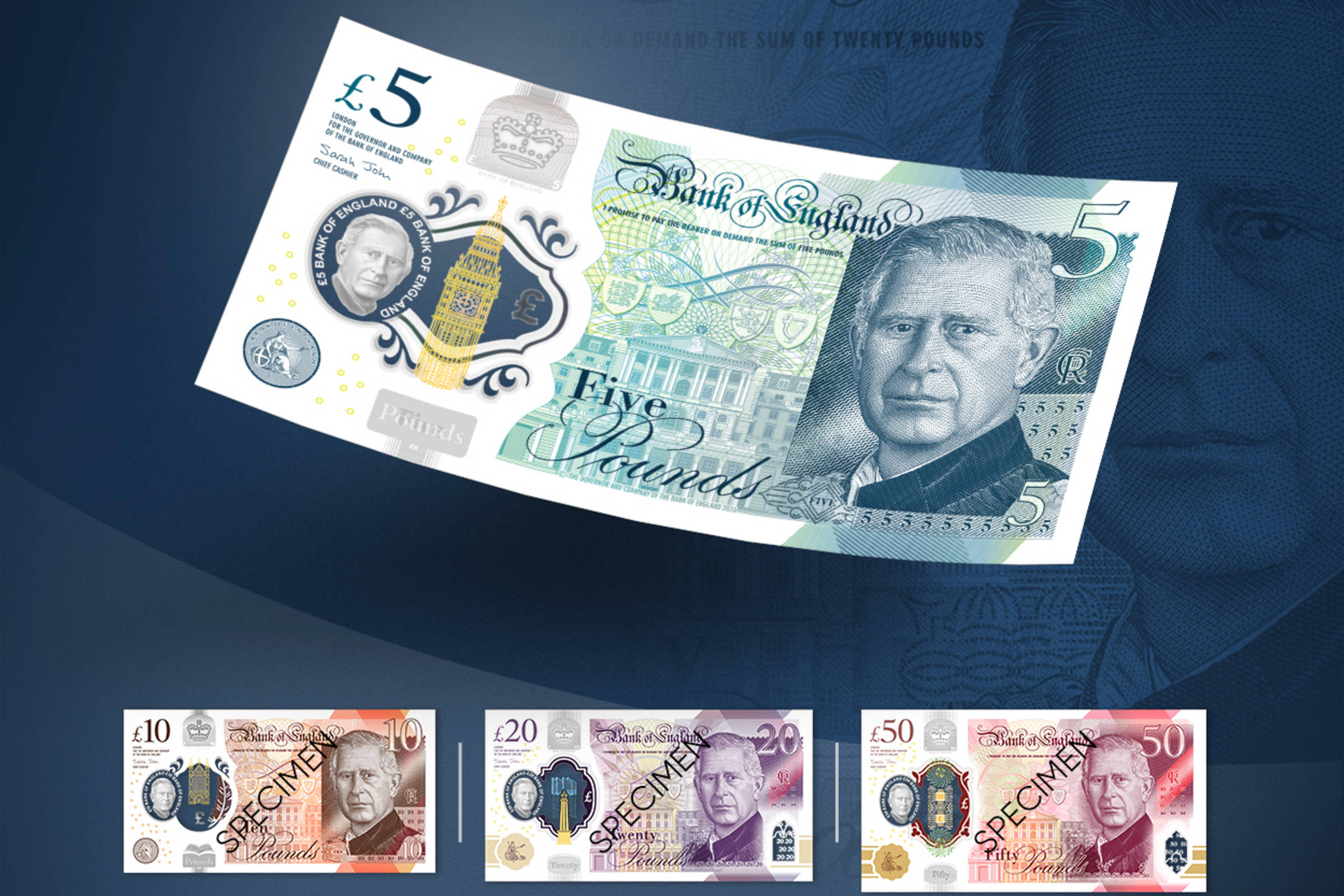 King Charles III is the new face of British money

In recent months, as Britain has reeled from its mourning of Queen Elizabeth II, the beginnings of a new reign have begun to loom in everyday life across the country.

England’s World Cup squad sang “God Save the King”. For the first time in decades, a king has welcomed a new prime minister. Now, as Britons prepare for their first Christmas without Queen Elizabeth’s traditional message, the Bank of England has announced another big change.

On Monday (19), it unveiled new pound banknotes with a portrait of King Charles IIIOwhich should enter circulation in mid-2024.

The new £5, £1, £20 and £50 notes will only be printed to replace old money or to meet an increase in demand, so banknotes bearing images of the late Queen and the current King will circulate at the same time.

The announcement marked another new page in Britain’s history, with Charles taking his mother’s place on the throne and the rituals and symbols that testify to the royal family’s presence in everyday life.

“This is a significant moment,” the bank’s governor, Andrew Bailey, said in a statement, adding that Charles is only the second monarch to have stamped the pound notes.

The banknotes were first issued in the late 17th century, but the British sovereign has only appeared on them since 1960, Elizabeth being the first. The opening notes featured a portrait of the Queen wearing the family diamond diadem.

“It was a formal and regal image, and was criticized for being a harsh and unrealistic likeness,” according to the Bank of England.

A second portrait by another artist was better received because people thought it was more realistic and she looked more “relaxed”, according to the bank. Other portraits were adopted later, but the most familiar to most Britons is that of a more mature queen, drawn in 1990. The same portrait continued to appear after 2016, when banknotes began to be printed on plastic instead of paper.

Since the 17th century, British monarchs have been depicted on coins facing in the opposite direction to that of their immediate predecessor, so Charles faces left while his mother faces right.

The banknotes do not appear to be subject to the same tradition, as the sovereigns are depicted from the front.

Facebook
Twitter
Pinterest
WhatsApp
Previous article
Jennifer Lopez-Ben Affleck: More in love than ever – They sing a duet at a Christmas party
Next article
American journalist explains why they “fed Meghan to the wolves”: “They tried to cover up William’s infidelity”