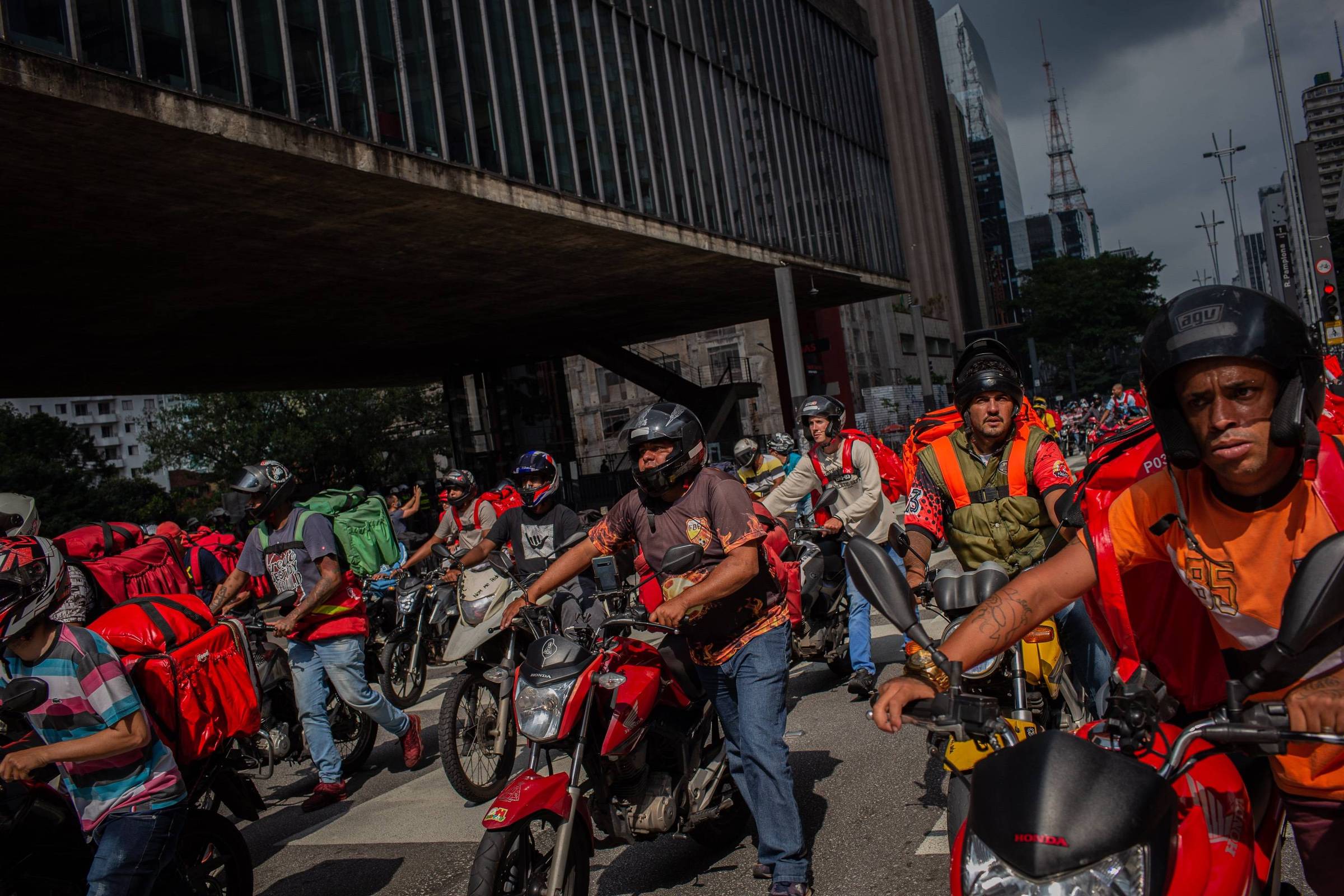 Panel SA: Alesp votes on proposal that obliges delivery person to use chip in backpack

The Legislative Assembly of São Paulo can vote this Wednesday (21) on a bill that should interfere with the operation of delivery applications in the state if approved.

If the proposal goes forward, couriers will need to use a label equipped with a security chip and a QR code on their backpacks or trunks, which must be placed on the back, in a visible place.

Companies will be responsible for supplying this label, which will also need to keep a record of these workers and their vehicles, whether motorcycles, bicycles or scooters, with details such as color, model, license plate and chassis, if any.

Associations representing the main delivery applications say the project creates bureaucracy and is an analogue solution.

This sticker must contain details of the delivery person, such as full name, validity of registration, identification number and company logo.

The size of the sticker is still up for regulation, according to the bill. This Tuesday (20), a replacement for the original text, presented in March, was approved at a joint meeting of the Constitution, Justice and Writing, Consumer Rights, and Finance, Budget and Planning committees.

Now go to the plenary. With voting on the state budget for 2023 concluded on Tuesday night, it is expected to be on the agenda this afternoon.

Delivery people who provide services to more than one application will need to keep a record and an adhesive label for each one.

The work intermediated by apps has been the target of several attempts at regulation. The Lula 3 government has already defined that the matter will be put on the agenda. The new management wants to discuss a model that gives more security to couriers, who would today be mostly informal.

In São Paulo, the activity became a matter of public security after a series of cases of robberies committed by criminals who pretended to be app delivery people.

The text approved by the committees this Tuesday provides that couriers are obliged to remove the helmet at the time of delivery and that, if they do not, the consumer may refuse to receive it without prejudice.

If the bill is approved, companies operating in São Paulo will have 60 days to implement it. According to the text, those who do not comply with the measures will be subject to fines, warnings and suspension of activities.

“The project obliges couriers and applications to participate in a bureaucratic solution that does not tackle the population’s security problems head on”, said Vitor Magnani, president of the entity. “The best path is to advance in the digitalization of public security data together with the private initiative.”

Amobitec (Brazilian Association of Mobility and Technology), of which iFood is a member, says it understands that governments, professionals and companies should seek together “the implementation of technological solutions, not analogue ones, that help to guarantee more security for everyone.”

Facebook
Twitter
Pinterest
WhatsApp
Previous article
New Year’s Eve at the Stavros Niarchos Foundation Cultural Center – All events
Next article
PASOK: Four important sources of uncertainty for the economy that the ND is silent on