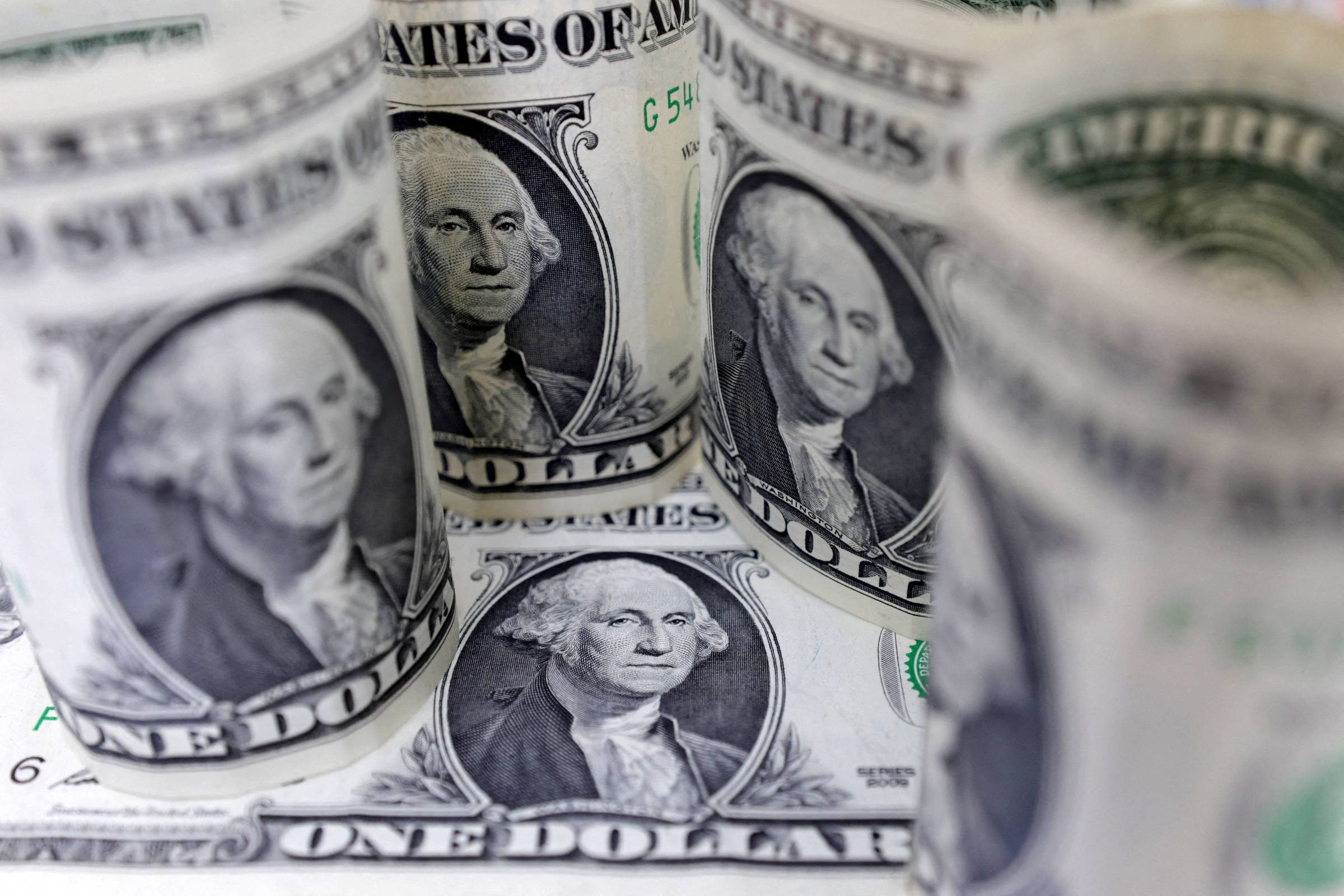 The dollar operated in decline against the real at the start of business this Friday (23), with investor attention turned again to Brasília, in search of signs on fiscal policy in 2023 and new names for the economic team of the elected government.

On the way to ending a week of reduced volumes in a sharp low, after the Gastança PEC was enacted with a reduced duration, at 9:10 am (Brasília time), the spot dollar retreated 0.56%, to R$ 5.1566 on sale.

The day before, the American currency closed lower, with the market digesting the processing of the PEC on Spending in Brasília, approved on Wednesday night (21) in a dehydrated version in the Senate.

Appointments of ministers in the elected government of Luiz Inácio Lula da Silva, as well as members of the economic team by the future Minister of Finance, Fernando Haddad, also remained on the market’s radar.

“The market again shows some demand for the American currency below R$ 5.17, a level that should prove difficult to be exceeded in the short term”, says Leandro De Checchi, an analyst at Clear Corretora.

The Stock Exchange, after fluctuating between losses and gains at the beginning of the session, went against the fall of global markets and hit the fourth consecutive high this Thursday, with an appreciation of 0.11%, at 107,551 points.

“Brasília was on the radar, with agents monitoring the formation of the ministerial team of the elected government and without effective signs of adjustments in future public accounts”, says João Frota Salles, analyst at Senso Investimentos, adding that a more accentuated rise in the stock market performance of shares of steelmakers and Vale, in the wake of uncertainties related to the Chinese economy with the increase in cases of Covid in the Asian giant due to the economic reopening.

In addition, despite the approval of the Spending PEC in the Senate, the uncertainty that still hangs over the conduct of fiscal policy in 2023 keeps investors more cautious, preventing a more positive performance of the markets, which are also impacted by the reduction end-of-year liquidity ratio.

“Our economics team evaluated the changes [com a desidratação da PEC] as positive, but highlights that the fiscal impact is still quite high”, said XP Investimentos analysts in a report, in which they recall that the rules will be valid for one year, and not two as initially foreseen, and considers an additional R$ 145 billion in the 2023 budget, guaranteeing the payment of Bolsa Família of R$ 600 and an additional R$ 150 per child up to 6 years old.

The project should still allow for other investments of R$ 23 billion outside the spending ceiling.

“Much is said about the term of the license to spend, which was reduced from two to one year. However, they continue to ignore the fact that in six months the executive will have to present a new fiscal anchor, which will replace the ceiling, and may be approved by a supplementary law. In other words, you will not need a license for spending outside the ceiling if the ceiling will not exist in six months, extinguished by a supplementary law, much easier than an amendment to the constitution”, stated the analysts of the Activate Investments.

The market also turned this Thursday to nominations for ministers who will compose the elected government, as well as for members of the finance ministry’s economic team.

President-elect Luiz Inácio Lula da Silva (PT) announced 16 ministers who will compose his government from January 2023 and presented the first women at the highest level of the next administration.

Among the appointments, vice-president Geraldo Alckmin had his name made official for the command of the Mdic (Ministry of Development, Industry and Commerce), while senator-elect Wellington Dias (PT-PI) was appointed to head the Ministry of Social Development, portfolio claimed by Senator Simone Tebet (MDB-MS).

“In this government formation with so many ministries (37), our biggest fear is the inefficiency of management, loss of focus and very slow delivery of results”, says the chief economist of Mirae Asset Wealth Management, Julio Hegedus Netto in a report.

The future Minister of Finance Fernando Haddad also announced on Thursday four secretaries in his portfolio.

In charge of the National Treasury will be Rogério Ceron; at the Economic Policy Secretariat (SPE). Guilherme Mello; at the Federal Revenue, Robinson Barreirinhas; and at the Secretariat for Economic Reforms, Marcos Barbosa Pinto, as anticipated by Folha’s Panel column.

The economist at Mirae Asset claims that Haddad has formed a secretariat full of young names, but with great experience in the public sector. “We think it could be a positive bet, because all of them, with the exception of Guilherme Mello, don’t have such an ideological bias, being very technically qualified”, says Netto.

Analysts at Guide Investimentos have a more negative view. “The names [anunciados por Haddad] frustrated a little, since other more technical economists could assume some of these portfolios. Guilherme Mello is perhaps the most controversial name among them, given his more heterodox academic background, but it was one that was already anticipated”, say the brokerage analysts.

The fall in US stocks came after the US government reported that the country’s GDP increased at an annualized rate of 3.2% in the last quarter. The data represents an upward revision from the 2.9% pace reported last month. The economy had contracted at a rate of 0.6% in the second quarter.

In addition, the US Department of Labor reported that initial jobless claims rose by 2,000 to 216,000 in the week ended Dec. 17, below the estimate by economists polled by Reuters, which had projected 222,000 claims.

“The North American economy, even though it shows clear signs of deceleration, is still thriving. With that, the market’s concern about how much the Federal Reserve will have to raise interest rates to control prices is accentuated”, say analysts at Guide.