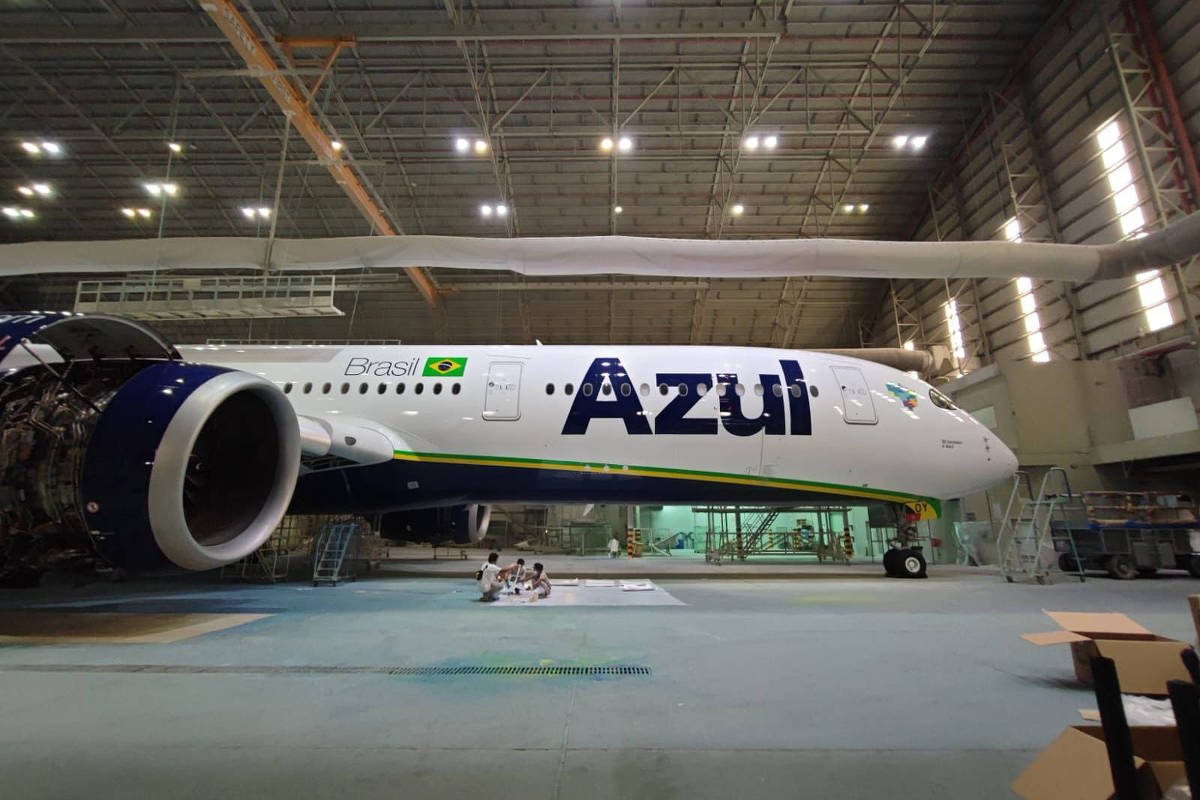 Azul is elected the most punctual airline in the world in 2022; see ranking

Azul was appointed as the most punctual airline in 2022, with 88.93% of arrivals on schedule, according to the ranking prepared by Cirium, a company that analyzes aviation data worldwide.

The ranking, released this Tuesday (3), has the Japanese ANA (All Nippon Airways) and Japan Airlines in second and third place. Latam appears in fourth, with 86.31% punctuality.

Cirium considers as punctuality the percentage of flights whose planes arrive at the landing gate of the destination airport with up to 15 minutes of difference in relation to the scheduled time.

The study also includes a list of airports with the most punctual departures. The champion was Haneda, in Tokyo, Japan, with 90.33% of matches on time.

The top 10 airports feature Kempegowda, Bangalore, India, in second place, and five US airports: Salt Lake City, Detroit, Philadelphia, Minneapolis and Charlotte. The one from Bogotá, Colombia, appears in 9th position, with 80.72% accuracy.

Cirium has not yet released the complete list with the position of all companies and airports. The study will be released in full in the coming days.

“During 2022, airlines struggled to anticipate the sudden recovery in demand. When the recovery finally came last year, the industry, including airlines, airports and others, struggled with a shortage of staff and insufficient capacity. Delays and cancellations became problems,” said Jeremy Bowen, CEO of Cirium, in a statement.

“Over time, however, operations have greatly improved as the industry has hired workers and adjusted capacity. 2023 looks to hold great promise for the aviation industry,” he added.

The airline industry is still trying to recover losses from the pandemic. In Latin America, companies should have a combined loss of US$ 2 billion (R$ 10.5 billion) in 2022 and lose another US$ 795 million (R$ 4.1 billion) in 2023, predicts the IATA (International Association Air Transport).

In December, Azul expected to close 2022 with 27.6 million passengers, a number close to the total taken in the pre-pandemic.

Commenting on the achievement, the company’s CEO, John Rodgerson, said he was proud of his team. “We have a complex operation flying to more than 160 cities around the world, with different types of aircraft, which makes this achievement even more impressive”, he said, also in a note.

Created 14 years ago, Azul has focused on expanding routes to the interior of Brazil. The international operation is still small, with five destinations: Orlando, Fort Lauderdale (USA), Montevideo and Punta del Este (Uruguay) and Lisbon (Portugal).

In December, the company took to the air an Airbus A350, its largest aircraft so far, with capacity for 334 passengers, used on flights to the US. Another three aircraft of the same type were acquired and will begin flying in the coming months.