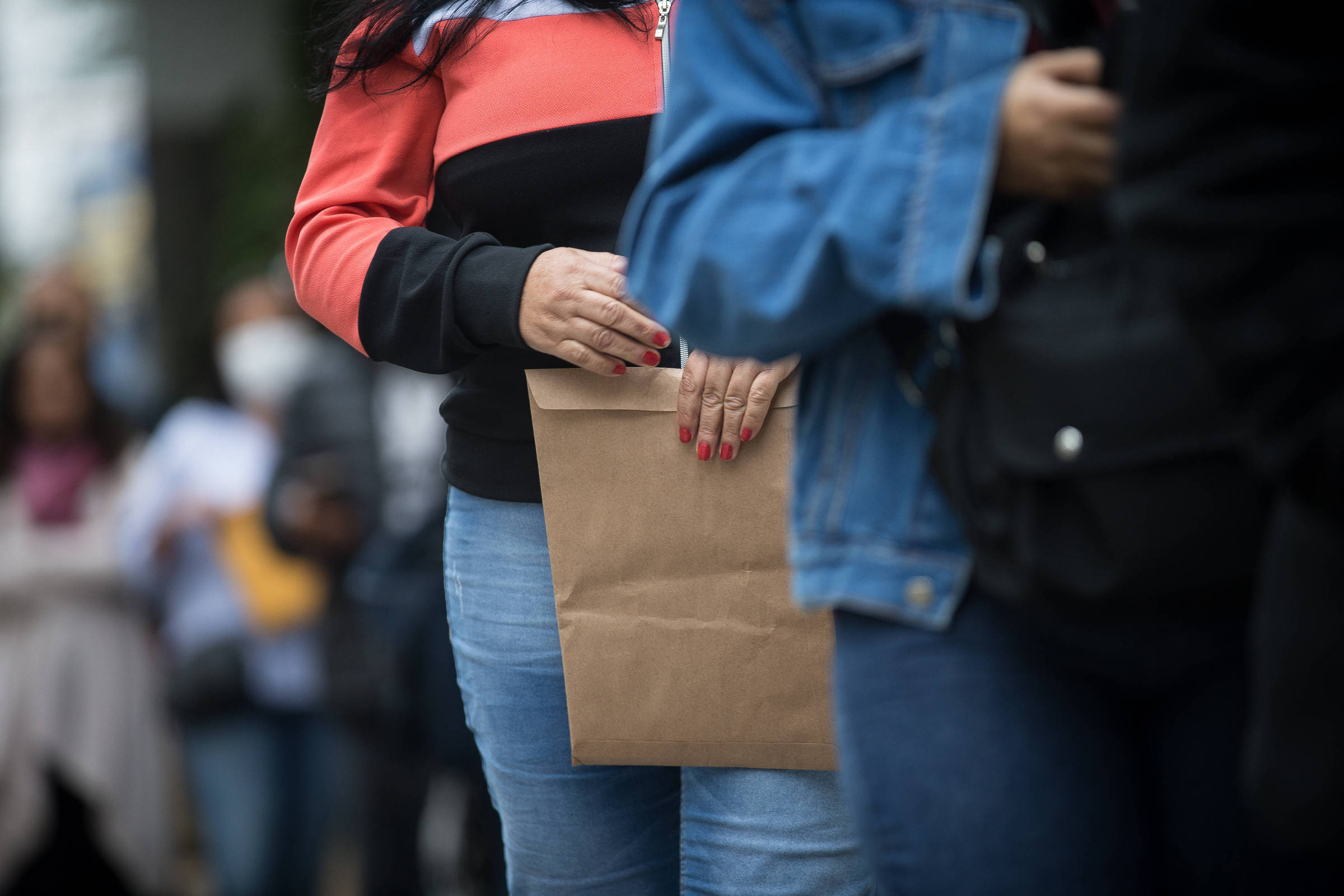 Work reacts, but becomes cheaper after the pandemic

The government of Luiz Inácio Lula da Silva (PT) receives from the management of Jair Bolsonaro (PL) a job market with mixed performance: part of the indicators show recovery, while another part still signals difficulties.

After the pandemic hit, unemployment hit a downward trajectory amid the advancement of vaccination against Covid-19. With Brazilians returning to work, unemployment was lower than in the pre-Bolsonaro period.

Income, however, plummeted against a backdrop of high inflation and, even with recent signs of improvement, has not fully recovered from the shock.

In addition, informality, marked by popular odd jobs, remains high and presents itself as a challenge for the Lula government.

“On the occupation side, the performance of the labor market has been very positive, but, when we look at income, we still have concerns”, says economist Bruno Imaizumi, from LCA Consultores.

“The income trajectory did not follow high inflation for a period. In addition, work became cheaper in the pandemic. We had a large supply of low-skilled labor. This ends up affecting “, he adds.

In the quarter from August to October 2022, the most recent with available data, the population occupied with some type of vacancy – formal or informal – was 99.7 million people in Brazil, according to the IBGE (Brazilian Institute of Geography and Statistics ).

This is the largest number in the historical series of the Continuous PNAD (Continuous National Household Sample Survey), which began in 2012.

In the same quarter of 2018, before the Bolsonaro era, the employed population was 93.3 million. In 2020, in the initial phase of the pandemic, the number dropped to less than 83 million.

With the reopening of activities and stimulus to the economy in the last year, the unemployment rate dropped to 8.3% in the quarter ended in October 2022. It is the lowest level for the period since 2014 (6.7%).

The number of unemployed – people aged 14 or over without work looking for vacancies – was 9 million until October last year. It is also the lowest number for that quarter since 2014 (6.7 million).

“Unemployment dropped a lot. A large part of this story is explained by the post-Covid recovery. In the pandemic, there was a large damming of the consumption of services, the sector that employs the most”, says researcher Daniel Duque, from FGV Ibre (Brazilian Economy of the Getulio Vargas Foundation).

The economist, on the other hand, considers that the average labor income, in real terms, was the “great loser” in recent years.

It is that, in a horizon of high inflation, income plunged into a downward trajectory in 2021 and 2022, reaching the lowest levels of the decade.

Economist Vívian Almeida, a professor at Ibmec-RJ, understands that the labor market is incompletely recovering.

Even with the resumption of occupation, a large contingent of workers still lives with the uncertainty of specific jobs, says the professor.

According to Pnad Contínua, the number of workers without a formal contract or CNPJ was almost 39 million in the quarter up to October 2022.

The number was slightly below the record of 39.3 million, verified in the immediately previous quarter, until July.

“Many people turned the income that was additional into their main source”, says Almeida.

“In the case of app drivers, for example, the BRL 1 million question is how to treat these professionals and how they want to be treated. The issue of social protection goes beyond salary. It is necessary to see their demands”, he adds.

The 39 million informal workers represented 39.1% of the employed population up to October (99.7 million). The record informality rate for the comparable series was 40.9% in the quarter to July 2019, before the pandemic.

When a job came up for Graça Soares, 55, while on vacation with relatives in Espírito Santo this year, she didn’t think twice.

“I took the opportunity to visit my family in January, but an opportunity arose to clean a house here, in Cachoeiro de Itapemirim, and I ended up taking it. If you’re a day laborer, you can’t refuse work.”

Soares has been working daily for just over a year in Niterói, in the metropolitan region of Rio de Janeiro.

Before the pandemic, she worked as a maid for a single family for nine years, but the health crisis forced her to stay at home and, when she returned to work after vaccination, she found out that the bosses would have to replace the permanent maid for two daily week.

She assesses that the pandemic has changed her life, reduced earnings and increased insecurity. “I still want a steady job, but it seems a long way off.”

For Fausto Augusto Júnior, technical director of Dieese (Interunion Department of Statistics and Socioeconomic Studies), the labor market started to recover after the shock of the pandemic, but in a “precarious way”.

In this sense, he cites the loss of income and the high number of informal workers. In the director’s view, one of the challenges of the new Lula government is to “re-negotiate” parts of the labor reform, which came into force in 2017, under the Michel Temer (MDB) government.

“The reform was carried out very quickly. So, it is necessary to put the sectors back on the table. You need to hold discussions collectively”, he says.

On Tuesday (3), the new minister of Labor, Luiz Marinho, ruled out a complete repeal of the labor reform, signaling that he defends only the revision of parts of the legislation.

Marinho also stated that the government will present to the National Congress by May a policy of permanent appreciation of the minimum wage and by the first half of the year a proposal to regulate applications, work that he classified as “semi-slave”.

The minister preached dialogue with technology companies to take care of the remuneration of drivers and couriers.

“It is necessary to understand that there are workers who do not even want the previous CLT format, but who need social and social security protection and, above all, the quality of the remuneration. There are workers working 14 or 16 hours a day to take milk to house. This is a semi-slave job”, he said.

In the evaluation of Daniel Duque, from FGV Ibre, the labor reform is a possible factor to explain the drop in unemployment. This argument takes into account the relief on litigation and legal costs for companies from changes in legislation, which would open up space for more hiring.

Duque believes that the main policy of the Lula government in the labor area will be to value the minimum wage, without major changes in the reform.

“What will likely be done is a marginal revision of some rules, without changing the main core of the reform.”

Bruno Imaizumi, from LCA, assesses that work modalities that gained strength in the pandemic, such as the home office, should remain in the day to day of part of the companies. “This is a trend in the job market.”

Facebook
Twitter
Pinterest
WhatsApp
Previous article
Iran executes two more protesters involved in anti-regime protests
Next article
Afghanistan: The UN warns of a new period of crisis in the country due to the bans imposed by the Taliban on women