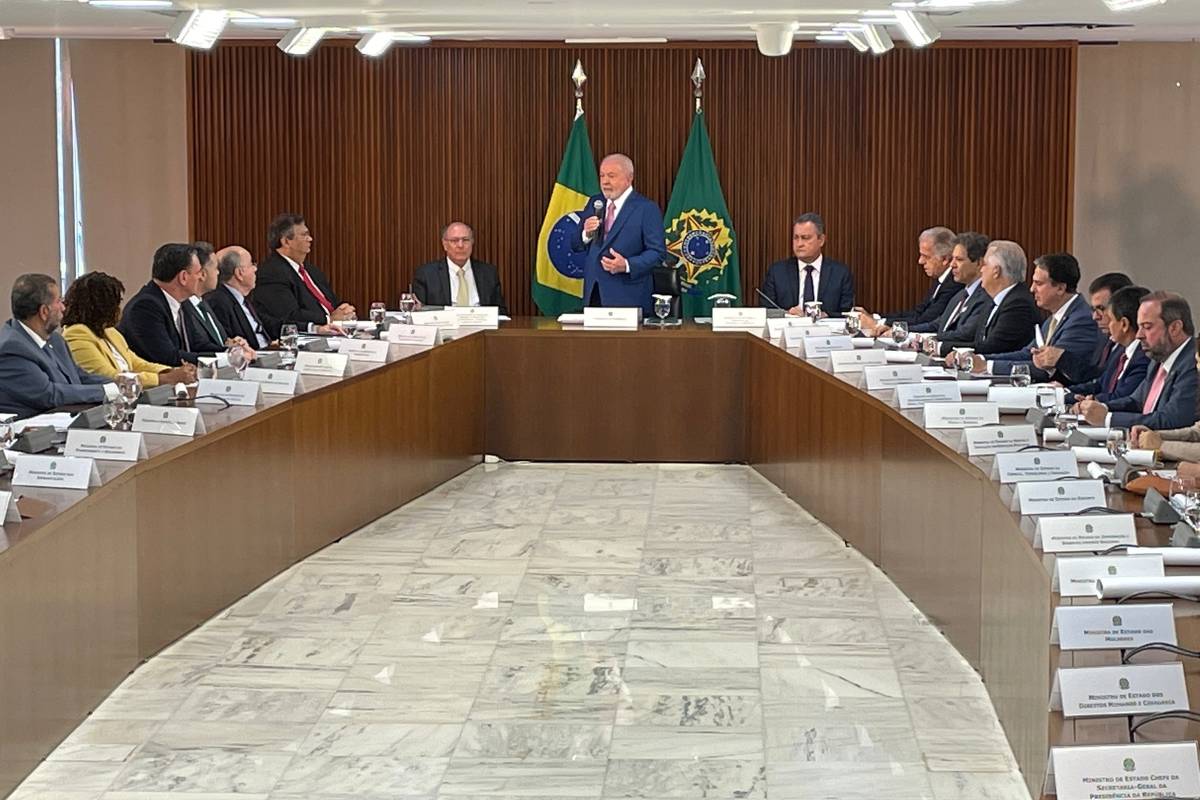 Opinion – Vinicius Torres Freire: The shut-up of ministers, the destruction and good news from Lula 3

The first measure taken by the government of Luiz Inácio Lula da Silva was to ask ministers to stop saying nonsense. Or, at least, that they listen to the president or his sheriff, Minister Rui Costa (Casa Civil) before dropping bombs on the foot.

In the first month after the election, the PEC and Lula’s rallies already caused a bad rise in interest rates. Who knows, maybe the penny has dropped and the government will collect itself to prepare a good administration.

The second guideline for ministers was: let’s do a lot of politics. At the first ministerial meeting, Lula extended a rug to Congress. He took it for granted that Arthur Lira (PP-AL) and Rodrigo Pacheco (PSD-MG) will be re-elected to the House and Senate commands. He asked his deeply political ministry to discuss everything with deputies and senators. The government tries to assemble second and third echelons with an eye also on politics, as the parliamentary coalition, in addition to being insufficient, has a gap or only nominal ally, União Brasil.

Furthermore, we have to wait for the government to be set up, to find out who will be the names that will actually run ministries and be in charge of some truly transforming policy or guideline (such as the so-called “green transition”). That is, that will be the subject if they are not named as thieves, condemned to jail and friends of militiamen.

There are interesting signs. To see if they will have support from Lula and his political council.

Simone Tebet (Planning) will in fact create the Secretariat for Evaluation and Monitoring of Public Policies. In practice, it should be an institution for checking the effectiveness of spending and the usefulness of programs.

In order not to just produce diagnoses for the drawer, he needs Lula’s support, in agreement with other ministers, Fernando Haddad in particular, and the people in charge of relations with Congress. It is difficult to weed out programs with archeological roots, lobbies and deep particularistic interests.

Another example. In Education, Camilo Santana closed the ministry to adventurers. In addition to former governor Izolda Cela, his deputy, he took education secretaries, a dean and closed the FNDE (National Fund for Education Development) gate, always in the sights of the evil eye of physiology or theft. There he placed Fernanda Pacobahyba, secretary of the Treasury of Santana in the government of Ceará, doctor in law, professor and also graduated in administration.

The FNDE takes one-third of the ministry’s resources (the other two-thirds go almost all to higher and secondary education and university hospitals). It’s money for Fundeb, automatic transfer, but also for works and local basic education programs. Who knows if it’s going to be a good administration, but Santana said what she came for, with her assistants.

Nísia Trindade, former president of Fiocruz, went to Health, where Funasa, the National Health Foundation, was located, a position that always interests the center. Roughly speaking, it carries out sanitation works in small communities. Funasa ended; his remains went to the Ministry of Cities.

Funasa had a relatively small budget, but a lot of potential for development and it is not really a matter for Health. It’s a sign. But, in addition to “More Doctors”, “Popular Pharmacy” etc., what is the plan for the essential and structural SUS?

The serious issues will be these, knowing who does and thinks what —in general, it bores most people. At best, this will all cook in a double boiler for a couple of months. All this: setting up the fiscal rule, what does a “green transition” plan mean, what will be done with state-owned companies, if the country will finally have a national security policy, if there will be administrative reform, etc.