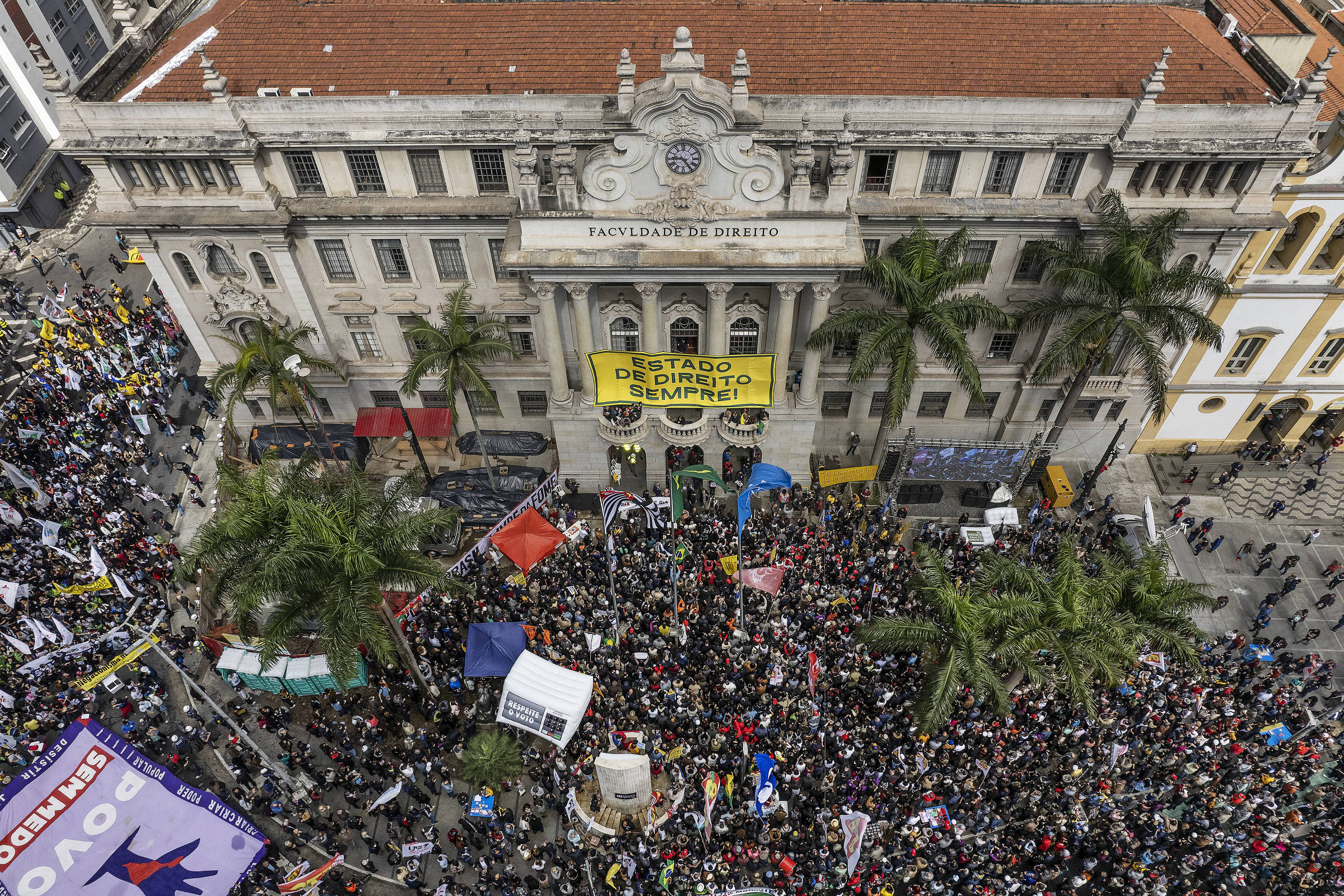 Members of the committee that organized the act of entities in defense of democracy on August 11 last year released this Wednesday (18) a manifestation of solidarity with the president of Fiesp (Federation of Industries of the State of São Paulo), Josué Gomes da Silva, dismissed in an assembly held last Monday.

The federation’s adherence to one of the two manifestos made public in the days leading up to the act was one of the points of tension between Josué’s management and the unions that oppose him.

In the note released by the committee, the members say that the decision to remove the director causes indignation, and classify the move as an “insidious attempt”.

The expression of solidarity is signed by a professor at FGV Direito and a columnist at Sheet Oscar Vilhena Vieira, the director and deputy director of the Faculty of Law at USP, Celso Campilongo and Ana Elisa Bechara, the economist Arminio Fraga, the sociologist Caio Magri, from the Ethos Institute, the union leader João Carlos Gonçalves, Juruna, from the Força, sociologist Maria Alice Setubal, Neca, chairman of the board of the Tibe Setubal Foundation, sociologist Clemente Ganz Lúcio, and the president of UGT (General Union of Workers), Ricardo Patah.

“The fact that Josué Gomes’ permanence in the presidency of the institution is particularly repulsed by his support for the ‘Manifesto in Defense of Democracy and Justice'”, says the committee’s note.

Oscar Vilhena says that given the importance of the Fiesp president’s participation in the preparation of the 2022 manifesto, the committee understood that it was necessary to publicly disclose its support for Josué.

“Josué Gomes’ participation in the defense of democracy was essential for the 2022 elections to take place within normal limits, and should be a source of pride for the Brazilian business class”, say the members of the committee.

“It cannot be accepted, therefore, that a small group of people resentful of the triumph of democracy over authoritarianism come now, in line with those who vandalize our institutions, to retaliate against exemplary business leadership, which has always made it clear that democracy is the only way for Brazil to overcome its main challenges.”

On Wednesday, lawyer Miguel Reale Jr, who represents the president of Fiesp, told the Sheet that the result of the assembly that decided on the dismissal is invalid, but that Josué Gomes has not yet decided what kind of measure he will take.