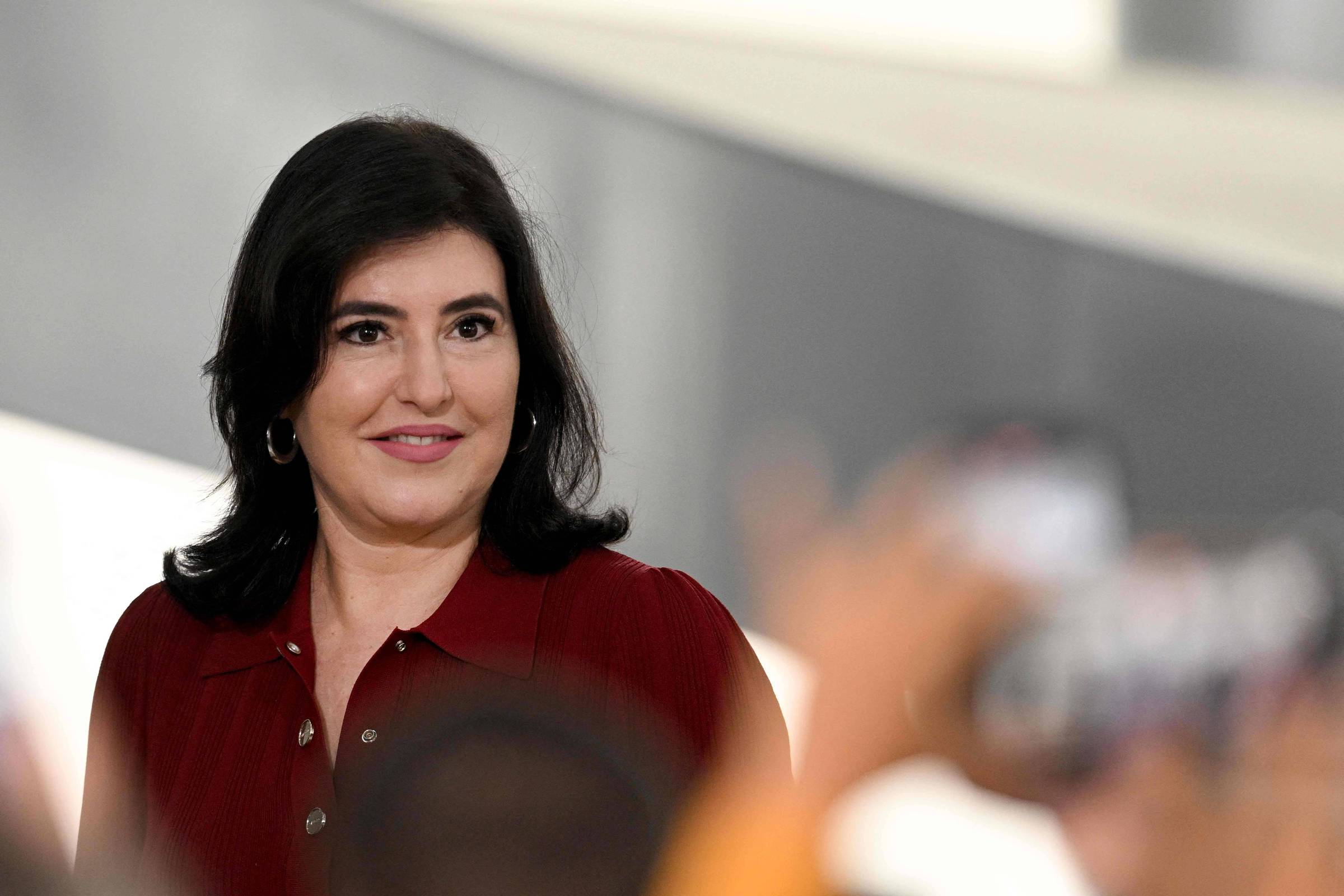 Tebet has the challenge of refounding Planning and overcoming resistance

One of the symbols of the so-called broad front that elected President Luiz Inácio Lula da Silva (PT), Minister Simone Tebet (MDB) has the challenge of refounding the Ministry of Planning and Budget, a body created 61 years ago and which was extinguished in the government by Jair Bolsonaro (PL).

The recreation of the folder preserves tasks linked to its historical roots —the planning of the government economy, as the name implies—, but it also presents distinctions in relation to the recent past.

The secretariats dedicated to the Executive’s day-to-day management migrated to the new Ministry of Management and Innovation in Public Services, creating a perception of apparent emptiness —which Tebet rejects.

The minister’s bet to maintain the political protagonism conquered in recent months is to boost the public policy evaluation agenda. In a first demonstration of this objective, she created a secretariat for this area, comprising the second echelon of the portfolio with the same status as the important Federal Budget and Planning secretariats.

The task is listed among the best international practices and gains strength when it is placed as the portfolio’s central mission, but carries with it the political challenge of convincing the other ministries and the National Congress that many actions defended and approved by them may not be as efficient and therefore deserve to be revised or revoked.

In the government itself there are doubts about the minister’s real power to implement the intended transformations, which will need Lula’s support and effort to move forward and overcome barriers.

On the other hand, interlocutors assess that the defense of spending efficiency helps to smooth the discourse, especially for a representative of the liberal center in a left-wing government.

Tebet has embarked on the new management under the cautious eye of an outsider. The main doubt is how his interaction will be with the Minister of Finance, Fernando Haddad (PT), and other members of the government, accustomed to the expansion of public spending.

In her inauguration speech, the minister was keen to emphasize that she has “some divergence” in the economic area, although she later minimized it, stating that the convergences are greater.

The Tebet-Haddad relationship is also closely watched as both are considered possible candidates for the 2026 presidential race.

The negotiation for the entry of the minister in the government has already exposed the first noises. Tebet wanted to manage the PPI (Investment Partnerships Program), assigned to the Civil House, and have the public banks under his umbrella.

The two attacks were frustrated, but today the official discourse is that the objective was to ensure the participation of Planning in the PPI Council, formed by ministers —which actually happened.

“When I spoke of the PPI, I wanted to know if we would have interference because the planning is up to us. And the planning needs to be global. That was all,” said Tebet in a recent interview with Sheet.

Planning was also left without the Management arm, which includes the Union Heritage Secretariat (responsible for managing more than 700,000 properties in the country), the Personnel Management Secretariat (which takes care of policies for federal civil servants) and the Secretariat for Coordination and Governance of State-owned Companies (which bridges the gap with public companies and establishes personnel guidelines and benefits for these institutions).

The division of Planning and the creation of the Ministry of Management was suggested during the transition, for technical and political reasons. One of the objectives was to lighten the load on Planning, since management tasks consume time and could overwhelm other areas.

The political motivation, according to reports collected by the report, was precisely the prospect of a representative of the so-called broad front occupying the Ministry of Planning. Before Tebet, the current Minister of Transport, Renan Filho (MDB), was quoted for the position.

The division’s logic was to maintain the PT’s ascendancy over areas historically linked to the party, such as personnel policy —which will negotiate readjustments with civil servants and deal with public tenders. The portfolio was under the command of Esther Dweck, identified with the party (although not affiliated) and who was once Budget Secretary in the Dilma Rousseff (PT) government.

Government members point out that the changes made to the Planning structure were decided before Lula chose Tebet as the minister.

But the division had another consequence: the dilution of Tebet’s voting weight in the JEO (Budget Execution Board), the collegiate body responsible for fiscal policy decisions and the distribution of resources among ministries. In addition to the usual components (Casa Civil, Treasury and Planning), the JEO will have the participation of the Management — that is, three ministers more aligned with the PT will have voting power.

In the reading of PT members, the work ahead of the Ministry of Planning will require a convergence of ideas with the Presidency’s projects and a broad dialogue with the Civil House to avoid noise in decisions. This could limit the spectrum of actions to be implemented by the portfolio, recognize these interlocutors.

In addition, all measures to improve spending efficiency studied by Planning will need to have the President’s endorsement and protection to move forward.

Tebet’s allies claim that she is willing to dialogue and demonstrates harmony with other members of the government on issues such as social issues, but “will not be subaltern” and will seek to defend her positions at the head of the ministry.

The Minister of Planning will have, in the Budget Secretariat, an important tool to block initiatives considered harmful to public accounts or to impose discussions considered a priority. In the opinion of experienced technicians, it is in the Budget that the real adjustment of the accounts is made, while the Treasury, through the National Treasury, manages the cash.

One of the challenges will be to finally connect policy evaluation to these instruments. Brazil already has, since 2016, a structure aimed at carrying out diagnoses about programs. Born as a committee, the Cmap (Public Policy Monitoring and Evaluation Council) gained this status in 2019.

Since then, Cmap has evaluated 60 policies that cost, in all, R$ 1 trillion to the public coffers. The body issued 147 recommendations for changes, but a good part of the studies continues to sleep in the drawers of ministries and Congress, without having any effect. The government itself, contacted several times through the Ministry of Finance, does not inform whether there is a survey of which suggestions led to effective measures.

One of the Cmap reports focuses on the salary bonus, a kind of 14th salary paid to registered workers who earn up to two minimum wages (currently R$ 2,604). Its conception took place in 1970, but the current format is provided for in the 1988 Constitution and in a 1990 law.

The allowance is criticized for the lack of clarity in its objectives and for the generic focus in comparison with other policies, such as the Auxílio Brasil itself —aimed at families in poverty and extreme poverty. There are still operational failures, such as payments to those who are not entitled and even to deceased workers.

The Dilma government managed to implement changes in the salary bonus that helped to reduce its cost, but it continued to exist. In the Bolsonaro government, then Minister Paulo Guedes (Economy) tried to further restrict the scope of the policy, first in the pension reform – without success.

Afterwards, the former president himself vetoed further attacks. “I cannot take from the poor to give to the very poor,” said Bolsonaro.

Among experts consulted by the Sheet, one of the main causes identified for this disconnect between policy evaluation and the implementation of changes is the absence of a legal obligation for the Budget to take the recommendations into account. Without this command, the decision to review spending is subject to political will and lobbying by interested parties.

Vinícius Amaral, legislative consultant to the Senate, says that the change process also requires a great communication effort so that society understands the reasons for the changes. “The best way to succeed in this process is to present robust evidence that the balance of costs and benefits of the policy [a ser modificada] is unfavorable to society”, he says.

The World Bank points out as a crucial factor the commitment capacity of those involved in the discussion and the union in favor of the objective to be achieved. “Who negotiates, who is excluded and what barriers block entry into the political arena determine the selection and implementation of policies and, consequently, their impact on development results”, says the institution’s report.

Tebet demonstrates determination in this agenda and chose a qualified team in this front, which includes the Secretary of Policy Evaluation, Sergio Firpo, and the new head of the Budget, Paulo Bijos.

In an article from 2021, Bijos wrote defending the institutionalization of the evaluation process as a way to avoid the coming and going of failed proposals in times of need for resources. He uses the recent case of the rejection of the change in the allowance by Bolsonaro as a practical example of this.

“In this sense, the RG [revisão de gastos] can be interpreted as a stabilizer of the decision-making process, even though it may only have the effect of mitigating, and not eliminating, the occurrence of wrong decisions”, wrote Bijos.

“There are already institutional elements favorable to the reception of both practices [de revisão de políticas públicas] by Brazil, although the challenge on how to implement them still remains open”, said the now secretary of Tebet.

Facebook
Twitter
Pinterest
WhatsApp
Previous article
Britain: Three days of festivities for the coronation of King Charles
Next article
Mechelen won the thriller with Kortrijk, Saint-Jiloise redeemed in the end