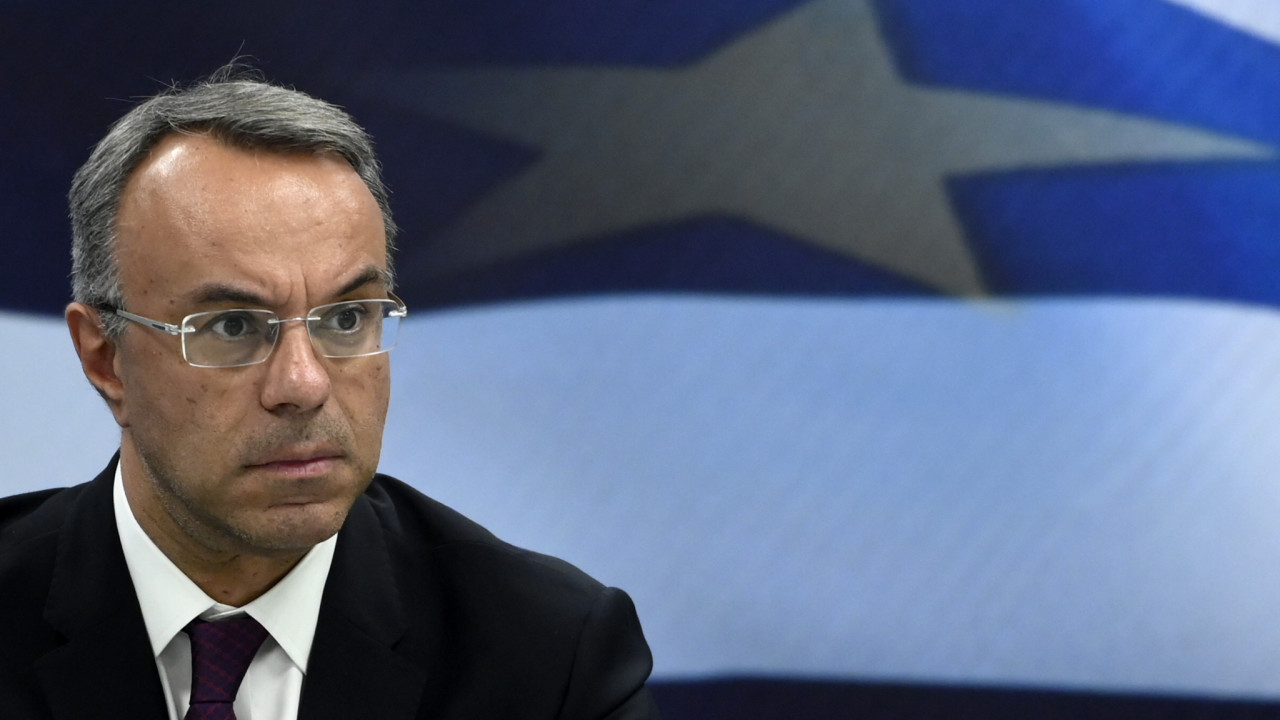 Staikouras: We are consistent with our economic program and our pre-election commitments

Mr. Staikouras noted “we are absolutely consistent with the basic project of the economic policy, which was the reduction of taxes and insurance contributions”

The Minister of Finance, Christos Staikouras, in his speech at an event on the cut of the New Year’s pie of the Chamber of Achaia and the Regional Chamber Council D. E. in Patras.

Mr. Staikouras noted “we are absolutely consistent with the basic project of the economic policy, which was the reduction of taxes and insurance contributions”

And he reminded that “business taxation is now at 22% from the 28% we received. The dividend tax is at 5% from the 10% we received it. The tax advance is at 80% of the 100% we received. For natural persons, who carry out business activity, it is even lower.”

At the same time, he noted that “the solidarity levy was abolished, for incomes from the private sector” and reminded that “insurance contributions were significantly and permanently reduced, just as we had committed before the elections”.

The Minister of Finance underlined that “this government can confidently claim that it was completely consistent with the main pre-election commitments to business for reductions in taxes and social security contributions”.

And he added that “at the same time, tax incentives were given as many companies have started to use important tools, such as excess depreciation for investments in research, innovation, green transition, digitization, as well as incentives for creating a tax residence in Greece”.

Mr. Staikouras referred to the ongoing challenges that have arisen and which “in four years the government has been called upon to face the biggest pandemic of the last 100 years worldwide, a war in the bosom of Europe after 75 years, as well as the highest inflation in Europe after 50 years.

And he noted that “as a result, we moved methodically, we moved coordinated and we tried to help as much as we can a difficult reality”.

He pointed out that “primarily, the high energy costs of households and secondarily businesses were addressed, with support. It is true that the coverage of the increase in households is close to 90% or even exceeds in some cases, while in businesses it is around 50%”.

And he said that 3.5 billion euros have been allocated for households and 6.5 billion for businesses.

The Minister of Finance emphasized that “Greece has given the most money of any other country in Europe, both to the health crisis and to the energy crisis”, underlining that “in 2022 Greece gave 2.3% of GDP when the European average is 1.3%, noting at the same time that “while we give the most, we have double the growth, reduction of unemployment and stable public finances, because we have managed to recover quickly and sustainably”.

Mr. Staikouras emphasized that “two exogenous crises have found us and we have managed to deal with them together and in the best way”.

And he specifically stated:

“Consequently, in 2022, Greece has twice the growth rate of the European average.

Greece in 2023 will have three times the rate of economic growth than the European average.

Until 2024, Greece will be the champion in Europe among all European countries in terms of investment growth. He added that “unemployment has fallen by six percentage points and primary deficits are decreasing and we are returning to primary surpluses from next year”.

The Minister of Finance noted that “as long as we continue this rational economic and prudent fiscal policy and far-sighted publishing policy, combined with reforms, 2023 will be a much better year for Greece compared to all other European economies”.

And he emphasized that “as long as we get out of external crises, we will do better and better.” Because in addition to tax reductions, we should increase and strengthen wages, in a brave, but also socially just, way.”

The placement of Mich. Katrina

Michalis Katrinis, head of the PASOK-Movement for Change parliamentary group in his statement, questioned the optimism emitted by the government about the state of the economy and wondered how it is possible “today as we speak the country records a record deficit in the current account balance when from 2019, the first year the New Democracy assumed governance, from 2.9 billion it climbs to 10.9 and today it closes at 17.5 billion, not due to the energy crisis. The trade deficit will close at 37 billion, so we import 37 billion more than we export.”

Referring to the issue of bad loans, Mr. Katrinis noted that we are hearing about the reduction of bad loans. It is often said by the government and is even often heard through the lips of the prime minister himself.

Did bad loans for businesses and households decrease? The private debt that today exceeds 270 billion euros.

And addressing Mr. Staikouras, he invited him to answer in the Parliament a related question that he submitted “so that we can answer with facts and figures. Let’s see if businesses and the commercial world are really in a better position from debt management, based on the government’s decisions, or if today this is a noose and a bomb on the foundations of the economy and Greek society”.

Mr. Katrinis referred to his party’s proposal for 120 installments, noting that it will provide relief and enable thousands of businesses to enter a consolidation path.”