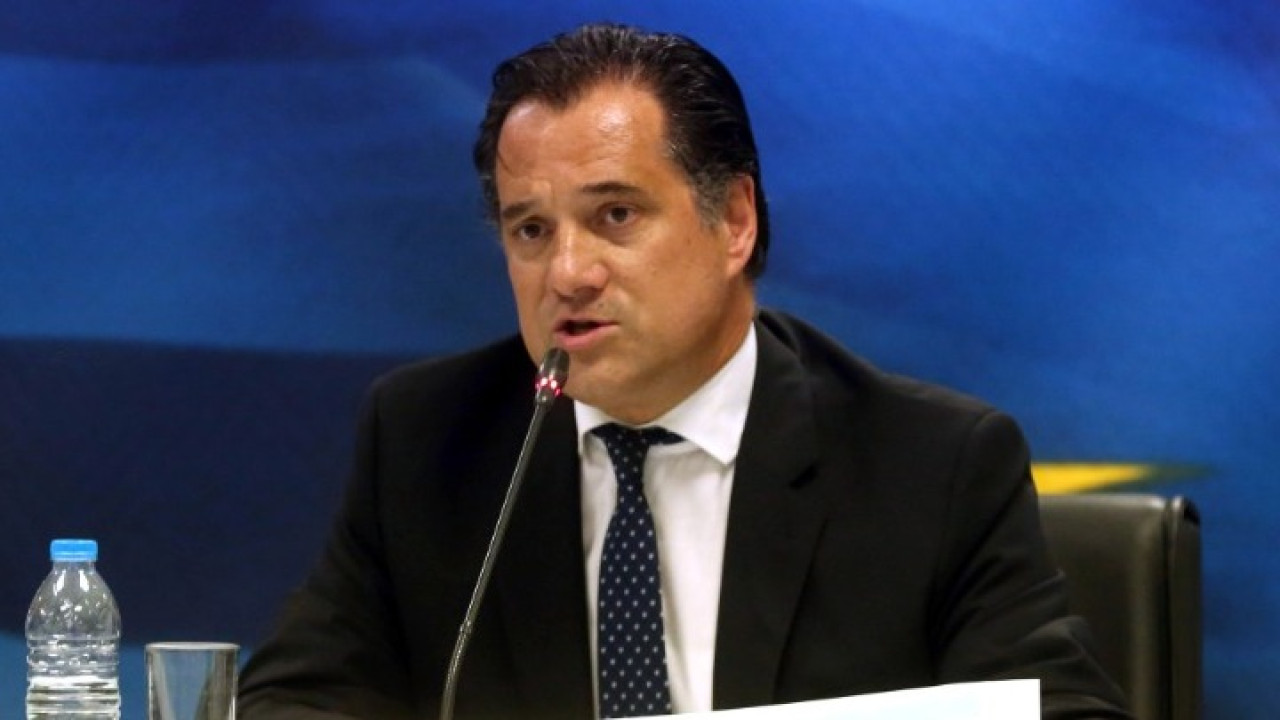 Georgiadis: There is a de-escalation of inflation and in 2-3 weeks it will be reflected in the “Household Basket”

“We don’t want consumers to panic and make purchases that they wouldn’t because of the feeling that there’s a rip-off or that big increases are coming.”

This was noted by the Minister of Development and Investments, Adonis Georgiadis, in a press conference, underlining that “the feeling that there is a dirty profit is not real. All the indicators show that we are below the European average, so it does not make sense to have a generalized gross profit, because then we would have, above average, imported inflation, so the measures are working”.

In addition, the minister announced that a change in the legislation on supermarket labels is being prepared in order to make the information that the consumer needs more clearly regarding the relationship between quantity and price for the products he buys.

In more detail, the minister stated at the beginning of the press conference on the “Household Basket” and DIMEA’s controls that “the reason for the interview is not to defend the work being done in controlling the market and inflation but for the continuous publications about the great accuracy that is coming or about the profiteering. As a result, such reports create the risk that the consumer public will be led into panic buying and stockpiling of products due to possible increases and this would lead to a large loss of income as the trend is to reduce inflation so they will lose money. Industries are now making price reductions while the price of electricity is also falling. In addition, checks are carried out and some companies are punished with fines which are collected. But the feeling that there is a dirty profit is not real. All indicators show that we are below the European average, so it does not mean that we have a generalized gross profit then we would have above average imported inflation, so the measures are working”.

The minister underlined that the household basket keeps prices stable but, in addition, we are headed for a de-escalation of inflation and in two to three weeks the reduction will also be reflected in the basket and noted that a product that enters with a competitive price in the basket, when it leaves , its value returns to its previous level but this is not meant as an increase. Otherwise, when an offer ended and the old price returned to the product, it would be permanently counted as an increase, he noted.

Regarding the entry of more branded products into the basket, the minister said that if he is not sure that the prices will be significantly reduced, i.e. competitive in the basket, he will not proceed with any regulation.

In addition, the minister announced that changes are being planned to the supermarket labels to make the price per kilo clearer, so that the consumer can choose with great ease to his advantage. The minister emphasized that “if we need to legislate, we will legislate” and reminded that next week, a bill regarding consumer protection is being discussed in the Parliament and if there is an intervention, it will be included in this bill.

For his part, the general secretary of Trade and Consumer Protection, Sotiris Anagnostopoulos, referred to specific price increases as presented in newspaper articles which, as he said, create the impression of a generalized picture, while according to ELSTAT’s data, it appears that they are isolated cases.

Regarding the controls, he pointed out that the medium and large-sized food stores that affect 95% of our expenses are around 5,000, while 35,000 are the total number of food businesses in the country, so the basic control, by DIMEA and the regional units control, focuses mainly on the 5,000.

For the change of packaging by the industries it was pointed out that it is not an illegal practice, but the quality of the product contained must be indicated. It is illegal not to state the real information about the product (grams, etc.) on the package, while regarding the discussion of when there is a profit when the package is reduced or the price changes, the general secretary explained that this is defined by the wholesale price he has purchased the business and this is a matter subject to the audits carried out by DIMEA.

It was also noted that what has changed in the checks compared to the past is that there are no longer “field checks”, i.e. close to each store, but information is exchanged electronically “from the office” and thus, for the first time, as he underlined, mass and universal checks are carried out. “That’s why we know the total amount of profiteering, noted the minister, as we know what is happening in the entire market.”

Regarding the collectability of the fines, it was emphasized that they are now collected in their entirety, as the legislation gives irrefutable advantages to the judicial process.

In addition, it was reported that since the beginning of the inflationary crisis there have been 4000 anti-profiteering audits with fines of over €3 million and the largest fine of over €600,000 imposed on a supermarket was collected in full.

The commander of the Interdepartmental Market Control Unit (DIMEA) Charalambos Melissinos noted that not only the 51 codes of the basket are checked, but at least two competing products are also checked, i.e. more than 150 codes, and in relation to the products in the warehouse and in terms of the quantities.

At the press conference, Apostolos Raftopoulos, president of the Consumer Workers’ Union of Greece, was also asked to take a stand, who said that he will not make the information he has about increases in supermarkets public, but will give it to the relevant departments of the ministry.