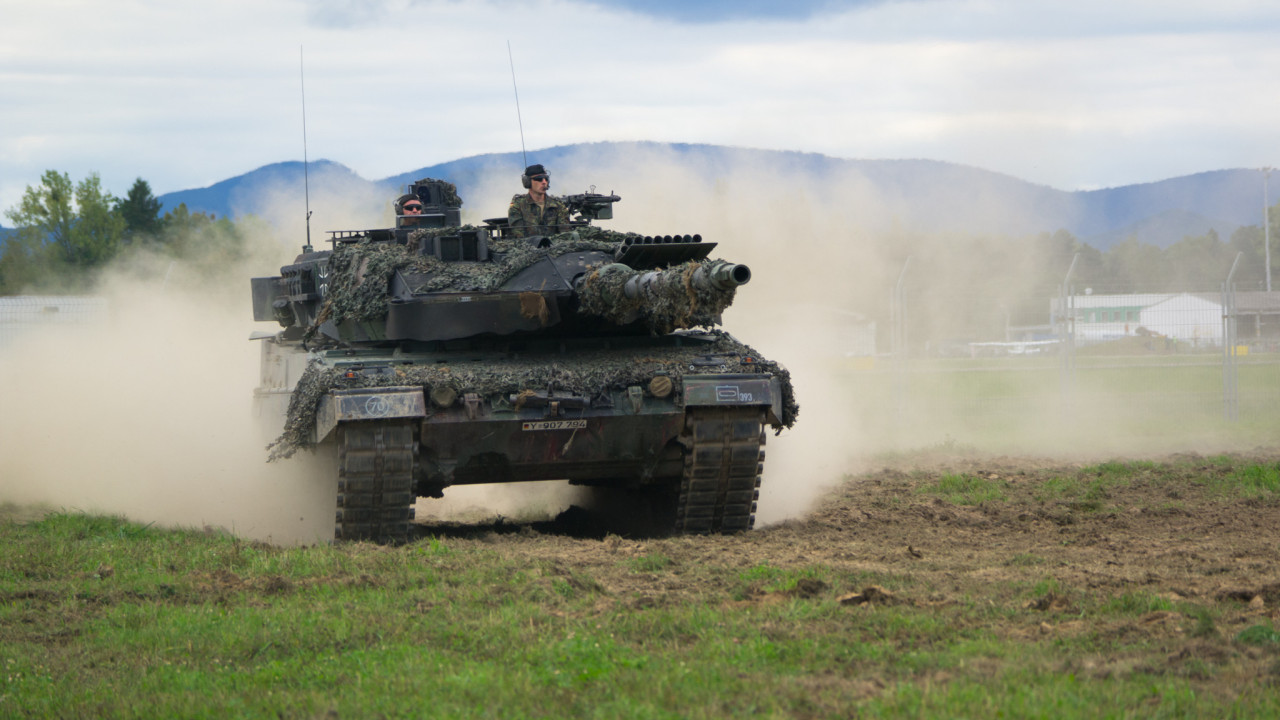 Official announcement from the chancellery – As Scholz announced, Germany will provide Ukraine with 14 tanks – Satisfaction from Britain, France, Poland

As Chancellor Olaf announced Soltz during the cabinet meeting, Germany will allocate to Ukraine 14 Leopard 2-A6 tanks, confirming the relevant information that had been leaked since yesterday, Tuesday, evening.

According to Mr. Scholz, the decision is the result of intensive consultations with Germany’s European and international partners and “is in line with our well-known line of supporting Ukraine to the best of our ability. We act in close international coordination.”

Kyiv sees the deployment of heavy weapons as critical to defeating the Russian invasion, but Moscow has branded the move an “unnecessary provocation”.

The goal now, the chancellor added, is to quickly assemble two tank battalions for Ukraine, while the package includes ammunition and tank maintenance. Ukrainian soldiers should be trained in Leopards in Germany, Mr. Soltz clarified.

According to the magazine Der Spiegel, the relevant decision was taken yesterday afternoon in the chancellery, after the assurance that the USA they will deliver 30 tanks to Ukraine Abrams.

Olaf Solz has repeatedly emphasized that he insists on “transatlantic harmony” when it comes to the delivery of tanks. He had, however, been severely criticized for his reticence, both by Germany’s allies and within the country.

Earlier, Spiegel Online had reported that “at least one company of Leopard 2A6s will be delivered […] and other allies, including from Scandinavia, also want to deliver Leopard to Ukraine.”

As the RedaktionsNetzwerk Deutschland (RND) comments, “unlike the new Defense Minister Boris Pistorius, who had shown from the beginning his willingness to deliver tanks to Ukraine, Soltz resisted for a long time.”

Britain, France and Poland express their satisfaction with Germany’s decision

British Prime Minister Rishi Sunak expressed his satisfaction with Germany’s “correct decision” to hand over these heavy tanks to Kyiv, which will “strengthen Ukraine’s defense capability” against a Russian invasion.

The outgoing British leader reacted via Twitter to “the right decision taken by our NATO allies and friends to send tanks to Ukraine” and added: “Next to the Challenger 2s (the tanks recently promised by the London), will strengthen Ukraine’s defense capability.”

“Together, we are accelerating our efforts to ensure that Ukraine wins this war and secures a lasting peace,” the British prime minister added in his message.

The French presidency also expressed its “satisfaction” and welcomed the green light given by Germany.

“France welcomes the German decision, which extends and increases the support we have provided with the delivery of the AMX10 RC,” said a statement issued by the Elysée presidential palace, in a reference to the French-made light combat vehicles that it Paris also aims to send to Ukraine.

In Warsaw, the Polish Prime Minister thanked German Chancellor Olaf Scholz for his decision to send Leopard 2 to Ukraine.

“Thank you @Bundeskanzler Olaf Scholz,” tweeted Mateusz Morawiecki. “The decision to send Leopards to Ukraine is a big step to get Russia to stop,” he added.

Facebook
Twitter
Pinterest
WhatsApp
Previous article
Georgiadis: There is a de-escalation of inflation and in 2-3 weeks it will be reflected in the “Household Basket”
Next article
Saint Laurent: Presented his men’s collection at the renovated Bourse de Commerce in Paris – Watch video