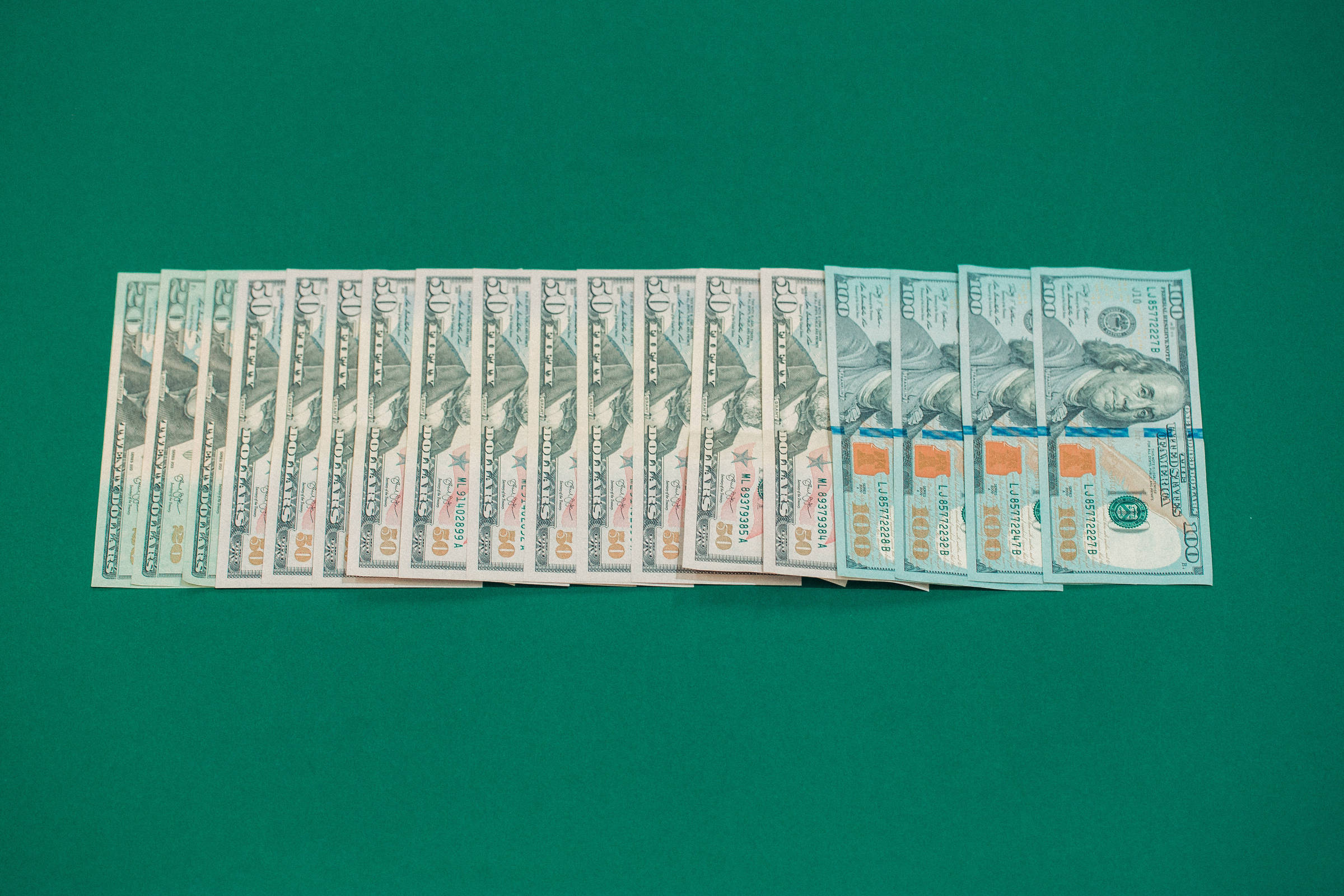 Will Brazil and Argentina have a single currency? What is sur? clear your doubts

The proposal to create a common currency between Argentina and Brazil has caused some turbulence in the economic debate over the last few days.

The subject gained centrality in the public discussion after President Luiz Inácio Lula da Silva (PT) met with Argentine President Alberto Fernández on a visit to the neighboring country this week.

During the meeting, the leaders announced their intention to adopt the same currency in commercial transactions, which raised doubts about how the system would work and confusion about the meaning of a common currency and its differences in relation to a single currency.

To understand what is being discussed between Argentina and Brazil, see the answers to some of the main questions raised after the announcement.

What is Common Currency?

It is basically when two or more countries choose to use the same monetary reference in their trade negotiations. The common currency works as a reference for financial exchanges, not as a current currency, as is the case with the real and the peso.

This is the model being studied by Argentina and Brazil today. In this system, imports, exports and other negotiations between financial authorities are based on the value of the common currency.

The population and tourists, in turn, continue to use the local currency of each country.

Currently, the US dollar is the reference used in most financial and commercial operations. As a result, the economic power of each nation ends up being influenced by issues such as dollar availability in the country (reserves) and exchange rate fluctuations in relation to the local currency.

What is a single currency?

Unlike the common currency, the single currency replaces national currency units in countries participating in the system. It works, therefore, as a currency too, not just a reference for exports and imports.

The best-known example is the euro, used by 20 of the 27 member countries of the European Union. In addition to being valid for negotiations between countries, the euro is the official currency of each nation, used by the population and tourists for everyday purchases.

More complex to implement, the monetary union needs shared political institutions (the same Central Bank, for example). It is a process that takes decades and requires that countries have a certain similarity in their economic and fiscal structures.

For analysts, the creation of a single currency in South America, following the example of what happens in the European Union, is an unrealistic possibility.

What is the currency that Brazil and Argentina trade?

The Brazilian government’s proposal is to create a common currency for transactions between the two countries. The main objective is not to need to resort to the dollar and thus facilitate regional integration.

Initially, the idea is to baptize the currency “sur” (south), which would be digital and would only serve for commercial and financial negotiations. That is, the currency would not replace the real and the peso. Argentina and Brazil would follow with their currencies normally.

Details of the proposal, deadlines for implementation and other information have not yet been disclosed. For now, there is an agreement between the two governments to begin technical studies.

However, some points about the common currency had been presented by the Minister of Finance, Fernando Haddad, and by his executive secretary, Gabriel Galípolo, in an article published in Sheet in April 2022 (before the presidential elections).

According to the text, the currency would be issued by a South American Central Bank, with an initial capitalization made by member countries, proportional to their respective participation in regional trade.

According to Haddad and Galípolo, monetary integration in the region would be capable of introducing a new dynamic to the consolidation of the economic bloc, by “offering countries the advantages of access and shared management of a currency with greater liquidity”.

Can the common currency between Brazil and Argentina be a reality?

Officially, the technical studies agreed between the two countries will point to the viability or otherwise of a common currency.

However, experts point to some challenges. In an interview with Sheeteconomist and scholar of international relations Otaviano Canuto mentions the attachment of Argentines to the dollar, noting that this peculiarity is just one of the many difficulties that may involve financial integration between Brazil and Argentina.

According to him, Brazilians even accept payments in pesos, but Argentines only want dollars. Central banks, he says, would have to curb this preference, which may not be trivial.

In addition, Canuto emphasizes that currencies need backing, something still uncertain in the proposal of Argentina and Brazil.

The different economic structure of countries, inflation and fiscal policies also need to be considered before the common currency becomes a reality.

Are other Mercosur countries participating in the negotiations?

For now, the proposed agreement to create a common currency involves only Argentina and Brazil. However, in an official statement, Lula and Fernandez admitted “the intention to create, in the long term, a South American circulation currency, with a view to boosting trade and regional productive integration and increasing resilience to international shocks.”

The Argentine Minister of Economy, Sergio Massa, also stated that the common currency project could lead other countries in the region to study the possibility of an advance in the market that facilitates exchange and trade.

At the beginning of this year, the president of Chile, Gabriel Boric, said he found the proposal to create a common currency to strengthen trade ties between countries in the region to be “interesting”. He pondered, however, that “the processes are long term”.

What is the difference between the currency being traded and the euro?

The main difference is that the sur does not involve the substitution of national currencies, as with the euro.

There are also differences in purpose and scope. The proposal for a common currency between Argentina and Brazil is to facilitate bilateral transactions, which today is hampered by dependence on the dollar, a currency that Argentina does not have as many reserves.

Also, to avoid confusion with the euro and the idea of ​​a single currency, it is expected that the term used to refer to the sur will be “unit of account”.

Can the real put an end to the creation of a common South American currency?

Do not. The creation of the sur does not involve the extinction of national currencies. Weight and real would continue to be used normally. The common currency would not be a “parallel currency” for Brazil and Argentina either.

Last Monday (23), the executive secretary of the Ministry of Finance, Gabriel Galípolo, pointed out that the idea has nothing to do with replacing currency in each country.

What are the advantages and disadvantages of a common currency? What about a single currency?

The common currency facilitates commercial transactions between countries, by removing the need to convert amounts to the dollar.

Foreign currency reserves and exchange rate fluctuations in relation to the local currency also begin to have less influence on exports and imports between partner countries.

Anticipating disadvantages is complex considering that the model is not designed. However, it is to be expected that a new system will impose implementation, adaptation and professional training costs on countries.

In the case of a single currency, such as the euro, one of the positive points is the ease of exchanging currency between the countries that participate in the system. People and businesses win by simplifying transfers and payments across borders.

Regarding the disadvantages, the main one is the loss of autonomy in some subjects. By carrying out monetary integration, countries give up taking some monetary policy decisions individually, such as the possibility of defining their own interest rate.

The choice of tax system also needs to be in agreement with other countries. Exchange rates, economic policies and debt strategies must be aligned, as a way to prevent some countries from assuming the risk of others.

The absence of fiscal concatenation, for example, is considered one of the reasons for the euro crisis of the last decade.

Did Paulo Guedes really defend a single currency for Mercosur?

Yes. In August 2021, Paulo Guedes, then Minister of Economy for Jair Bolsonaro (PL), stated that a single currency for Mercosur would enable greater integration and a free trade area. According to him, the monetary union could be one of the “five or six relevant currencies in the world”.

Before that, in 2008, in an article published by “Época” magazine, he had already defended the creation, for all of Latin America, of what he would call “real weight”.

Guedes argued that the undertaking would trigger a cycle of tax, labor and social security reforms, with positive effects for the entire continent.

In 2019, Jair Bolsonaro (PL) also publicly commented on the idea of ​​implementing the single currency between Brazil and Argentina.

“There was a first step towards the dream of a single currency. As happened with the euro back then, the real peso could happen here”, said the then president.

Haddad made a point of stressing that the current plan is unrelated to the proposal defended by the previous government.

How does a country change its currency?

In legal terms, it is necessary to pass a law instituting the change of currency. Brazil, for example, changed its currency eight times before reaching the real —almost all because of the devaluation and demoralization of the previous currency.

The process is usually gradual, as it involves issuing new banknotes and defining the conversion of values ​​from the old currency to the new currency.

In the case of a single currency, adoption can be even longer, over a period of decades.

The European case is an example. The confirmation of the monetary union by the European Council took place in 1988. At the time, a committee was responsible for studying and proposing a plan for the unification of the currency, which was done in three stages throughout the 1990s.

The Treaty on European Union, approved in 1991, determined what it would take to establish the single currency and established European citizenship, which allows free movement and residence among European citizens of EU countries.

Between 1999 and 2002, the currency started to be used for electronic payments. It was only in 2002 that the euro actually came into circulation.