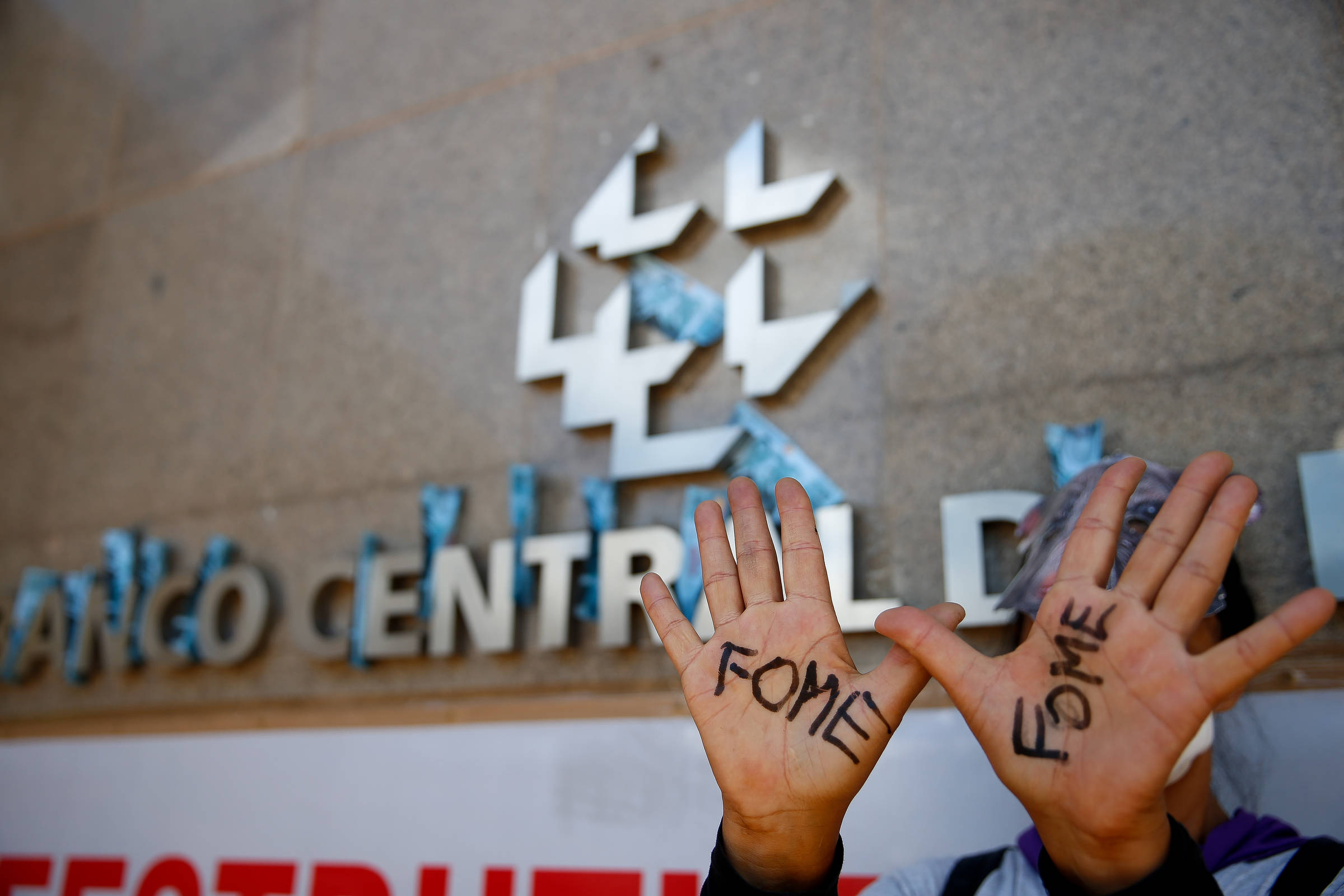 Central Bank strike was joined by 50% of the category, says union

Central Bank servers paralyzed activities this Tuesday morning (18) for two hours to pressure the government to grant salary readjustments for the category.

According to the president of Sinal (National Union of Central Bank Employees), Fábio Faiad, 50% of the agency’s employees crossed their arms between 10 am and 12 pm.

Some of them participated in an act that brought together approximately 200 people in front of the agency’s headquarters in Brasília. Another 500 held a mobilization through videoconference.

Despite the stoppage, Faiad says that BC services were not affected.

“Today, the idea was not to impact, all services were maintained. The impact is more political, to show the indignation of the servers with the situation”, he said.

The Central Bank did not comment on the act, which is part of the national mobilization of the civil service for salary recomposition.

In addition to bank employees, civil servants from categories such as the legislature and the judiciary also protested in front of the body.

Later, at 2 pm, there will be another demonstration, at the Ministry of Economy, from where Paulo Guedes dispatches.

The acts were initially convened by Fonacate (Permanent National Forum for Typical State Careers), which brings together groups with strong pressure power, such as tax auditors, diplomats, among others.

​”The protest is to open a negotiation table with the government and we can start discussing the need for salary recomposition. We have new activities next week. In the first week of February, we will evaluate, if necessary, a strike general public service”, says Rudinei Matos, president of Fonacate.

The mobilization is now being reinforced by Fonasefe (Forum of National Entities of Federal Public Servants), which represents a wider range of careers, including those with lower salaries, and will participate in the act.

Guedes is against granting generalized readjustments. However, he gave in to Bolsonaro when he asked Congress to reserve funds in the 2022 Budget to serve the federal police.

The approved amount is R$ 1.7 billion. Although the appeal is not stamped, police officers have given public indications that they will not accept Bolsonaro’s withdrawal and claim that any withdrawal would be treason by the president.

The categories that joined the mobilization criticize the selectivity of the increase.

In recent weeks, civil servants have surrendered their posts in protest and reduced the pace of carrying out activities — the so-called standard operation. One of the reflexes was the formation of queues of trucks in ports and border areas.

Facebook
Twitter
Pinterest
WhatsApp
Previous article
Mourão says there is no room in the Budget to readjust servers
Next article
BBB 22: Tiago Abravanel agrees that Jade Picon and Linn da Quebrada will enter the house