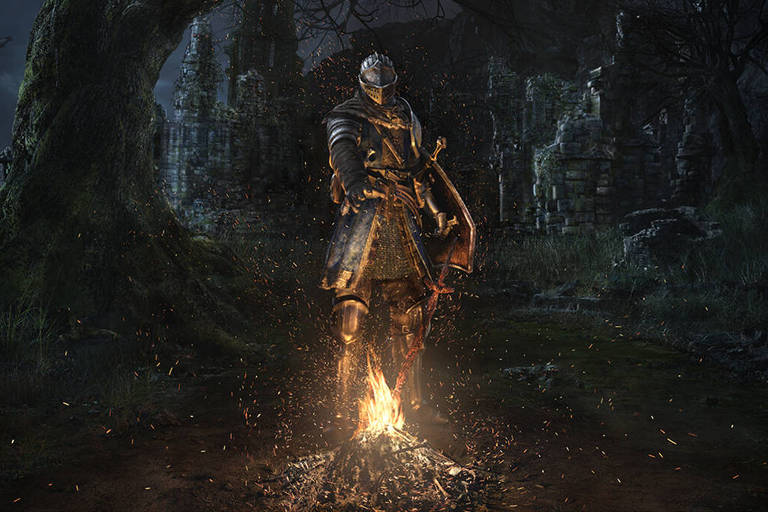 Games: How ‘Dark Souls’ took a rare path and became a trend

“Dark Souls” is one of the rare games that can boast of having transformed the gaming industry.

The title released in 2011 only for PlayStation 3 by the then little-known Japanese studio FromSoftware was not an immediate sales success, eclipsed by “The Elder Scrolls V: Skyrim”, another excellent action RPG that hit stores just a month later and with a much bigger investment in marketing.

Still, the innovations and mechanics introduced in “Dark Souls” – actually improved, as most of them were already present in 2009’s “Demon’s Souls”, also from FromSoftware – did not go unnoticed by critics and other developers.

To the point that today the game is considered one of the most influential of the century, creating what many consider to be an entirely new category of games, the “soulslike” (“like ‘souls'”, in an English translation).

The feat is not unheard of in the industry. After the resounding success of “Doom”, released in 1993, first-person shooters were called “clones of Doom” for years. As these “clones” diversified, approaching new themes and exploring in new ways the mechanics that marked ID Software’s game, the nickname lost strength and gave way to the acronym “FPS” (“first person shooter”).

But what exactly makes a game a “soulslike”? This is a lively debate both among developers and in the specialized media, but at least three points are almost consensual.

Even without having ever played a FromSoftware title, it is quite possible that a player has already come across some of these mechanics in games from other developers such as “Nioh”, “Ashen”, “Hollow Knight” and “Star Wars Jedi: Fallen Order “.

But FromSoftware didn’t stop there. The company incorporated elements of open-world games into the formula of its “soulslikes”, mixed it with a story developed in collaboration with George RR Martin, from “Game of Thrones”, and released last Friday (25) “Elden Ring”. .

The title was received by critics in an overwhelmingly positive way – including here at Folha. Terms like “epic”, “fantastic” and “one of the best games I’ve played in my life” appear in profusion in most of these reviews. But whether “Elden Ring” will have as big an impact as its predecessors in the industry, only time will tell.

Unlike other war-themed titles, “This War of Mine” does not put the player in control of a soldier or army commander, but in the role of a group of civilians trying to survive in a besieged city. Released in 2014, the game was inspired by the siege of Sarajevo, during the Bosnian War, from 1992 to 1995, and shows the suffering and misery that affects civilians in the midst of a war.

After the Russian invasion of Ukraine, the Polish studio 11 Bit, developer of the game, announced that all profits made from the game and its expansions until March 3 will be donated to the Ukrainian Red Cross as a way to help the victims of the war.