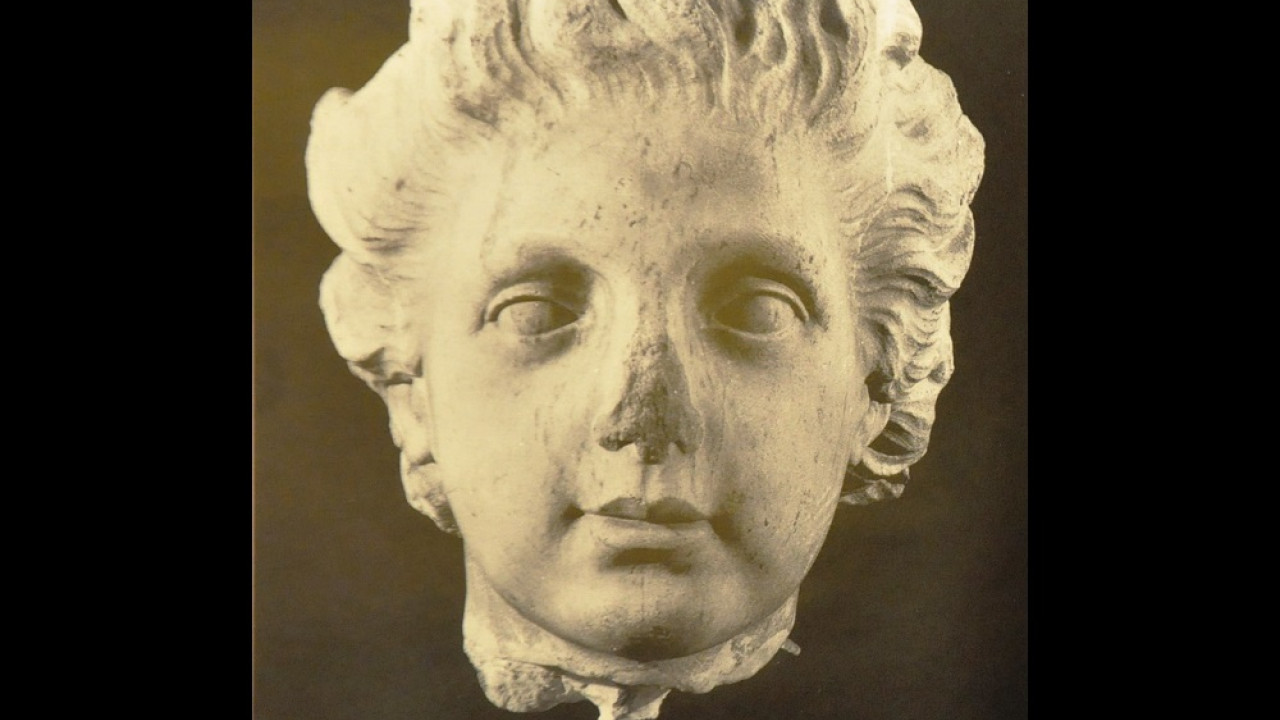 Asia Minor disaster: The marble head of a child from the ashes of Smyrna

No one knows how it ended up at the British Embassy in Athens in August 1926, when military attaché L. Bower handed it over to the director of the National Archaeological Museum.

This year marks the centenary of Asia Minor Disaster and the “Invisible Museum”, his successful action National Archaeological Museum (EAM), which displays selected objects from the world of warehouses, hosts antiquities from Asia Minor. After a two-year hiatus due to the pandemic, the “Invisible Museum” restarted in 2022, having already completed two presentations on this topic in the previous months.

“The first exhibit was a Mycenaean krater – possibly from some prehistoric site in Asia Minor – which was bought by its first owner in Smyrna and then entered the EAM Collections. Dr. Vasiliki Pliatsika, archaeologist of the Prehistoric Collection, had edited the crater. Then we presented two late Hellenistic clay figurines, probably from Myrina in Asia Minor, as well as a bronze figurine of Hercules, with alleged origin in Bursa, which was of the greatest interest, because it came to Greece with the archaeologist and infantryman of the 3rd Army Corps, Efstratios Paraskevaidis, in 1922, who handed it over to EAM”, informs the RES-MPE o Dr. Konstantinos Paschalidis, curator of the Prehistoric Collection of the National Archaeological Museum. The wonderful figurines were curated by Dr. Maria Hidiroglou, archaeologist of the Department of Vases, Small Crafts and Metalwork Collections of the EAM.

In a way, it also introduces us to the third exhibit from Asia Minor, presented for the first time to the public, curated by Dr. Chrysanthis Tsoulis, archaeologist of the Museum’s Sculpture Collection Department. The unknown “marble head of a child from the ashes of Smyrna”, which belonged to the Archaeological Museum of the Evangelical School of Smyrna, which burned down with the city in 1922, is exhibited in the Altar Hall from the beginning of August to the beginning of October. The head, which probably dates back to the Roman years, was placed in a display case 96 years after it was handed over to EAM by the British Embassy in Athens and is being presented this Sunday, August 14, 2022 (more presentations will follow), at 1:00 p.m., by the archaeologists of the Museum.

Little is known about the child’s marble head and the story of its discovery—for example, no one knows how it ended up at the British Embassy in Athens in August 1926, when military attaché L. Bower delivered it to the director of the EAM, Panagiotis Kastriotis. “Before this date (1926) and after 1922, in a period of time that we do not know exactly, someone collected the head from the burnt Museum of the Evangelical School of Smyrna, which was located in the Greek quarter of Fasoulas, between the churches of Agios Georgios and of Agia Fotini, i.e. inside the fire zone. Perhaps when the rubble was removed someone, at a time unknown to us, noticed the head and took it. However, in the summer of 1926 the head ended up – without knowing how – at the British Embassy in Athens. The military attaché L. Bower handed it over to Panagiotis Kastriotis, then director of the EAM. In his written report to the Ministry, which we have included in the showcase of “Atheatos”, Kastriotis does not mention who brought the find to the embassy in Athens. He only writes that it is a head of perhaps Roman times that probably depicts a muse, as he interpreted it. Also preserved is his letter of thanks in French to the British Embassy, ​​which we also display in the showcase. In it, Kastriotis writes that “very soon we will expose the find” and that “we will not fail to list you as donors” – something that happened 96 years later. notes K. Paschalidis in APE-MPE.

“I have the impression that this is not a simple delay for practical reasons or because they neglected it. I think that from 1926 onwards, Greek politics sought rapprochement with the Turkish republic to resolve refugee compensation and other outstanding issues. Besides, in 1930 the Greek-Turkish Friendship Pact of Venizelos-Inonou was signed, with the visits of the leaders on both sides to Athens and Ankara, so such an object in the exhibition, and indeed of this origin and from a British diplomatic authority, would not help diplomatically. Furthermore, I think that an exhibit with such an origin and route would be extremely traumatic for the Greek visitors and the entire society that was trying to recover and survive the consequences of the Catastrophe. Be that as it may, Kastriotis’ promise to exhibit the work and report the donor is being fulfilled now, almost a century later.” completes.

The marble head of a child with obvious traces of fire – the fire has calcined the marble “skin” of the face, which is no longer shiny – and cracks, probably from the fall of the Museum building on it, concerns the period immediately after 1922 and symbolically. “When the Golgotha ​​of the refugees begins. That is, those who survive, because too many perish from the hardships, the winter in the tents, the hunger – see the poster of the Ministry of the Interior of the events for the Full Moon, it is a photo of refugees inside the Achieropoiitos of Thessaloniki. The refugees came, stayed, turned the page and tried to forget. But they did not stop for years, for decades to look for their own in the lists of the missing, later, as the older ones remember, even on the radio, in the Searches of the Red Cross. At first, some people received the good news – the child is coming to Thessaloniki, they would come down to pick him up!-, but others received the bad news: Your man, your child are still missing, a status in which they remained forever, as he did not come never the official news of their death. To me this marble head represents the child victims who were sought and never found, because they were left behind buried in the bloody earth. It represents, I think, the victims of the war and the refugee children of the Syssites, much more than the “Refugee”, which he found during the systematic excavation conducted in Nysa, Asia Minor by Kourouniotis and brought to Athens in 1922. This was a privileged stone “creature” that was selected and “saved”. While the children left behind perished. The new exhibit of the Unseen Museum is in our consciousness a child who was lost and yet, one day, miraculously appeared in front of us”, emphasizes K. Paschalidis in APE-MPE.

And he continues: “Of course there is no logic in the rendering of emotion, but this is also the power of every find. So the power of the specific is what is visualized in our eyes, it is the “next day” of the rescued: The fact that those who left never forgot what they left behind, even if they avoided talking for years. They turned the page, built a new life, sowed in the fields and deserts and made the new Greece. In this sense, it is an exhibit that not only speaks of the lost, but also of the generation that created our own parents together with the rest of the country,” he concludes.

In order to attend the presentation, it is necessary to purchase a ticket and to register at the time of attendance. First come first served.

Facebook
Twitter
Pinterest
WhatsApp
Previous articleFrom ‘Sex and the City’ to ‘Emily in Paris’, how TV and cinema mark cities
Next articleTax returns: 92% have submitted them – Half zero