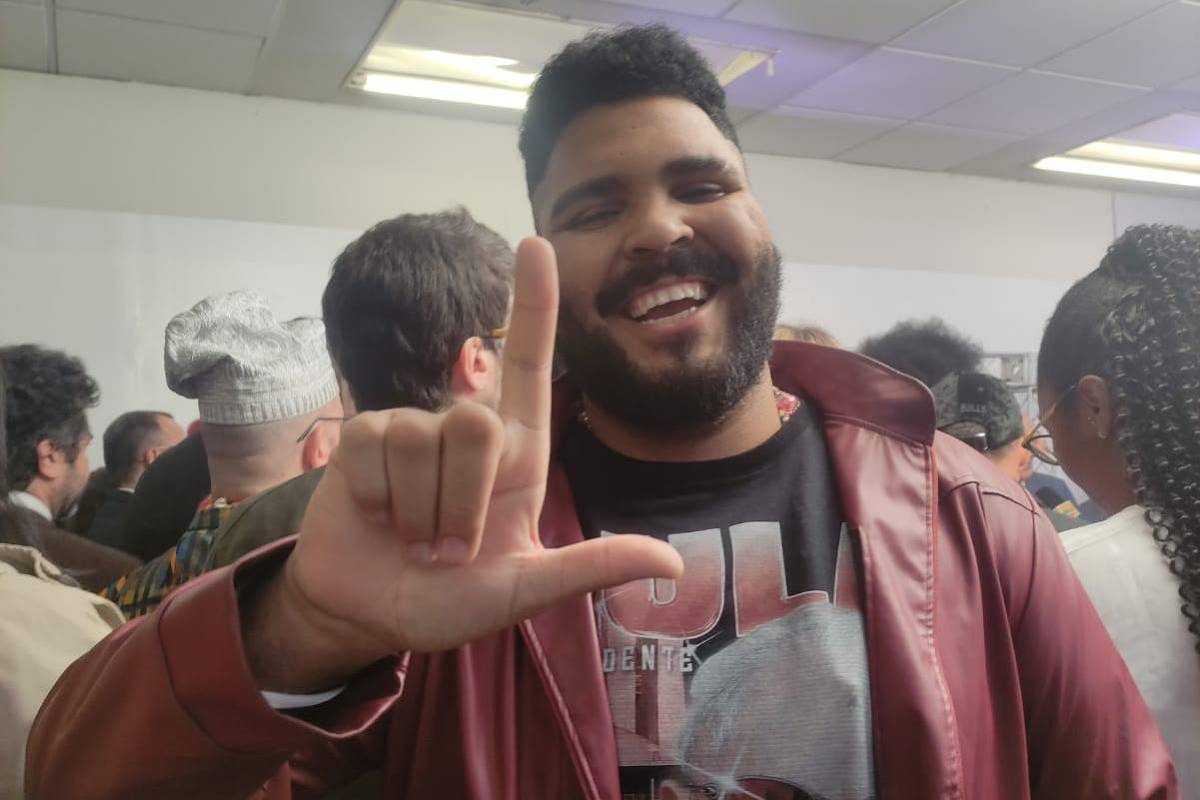 Live from Lula: ‘We came here to destroy this government’, says actor Paulo Vieira, about Bolsonaro

The turn-around on the eve of the first round of the presidential elections was the motto for comedian Paulo Vieira to make one of the jokes of the night behind the scenes of the festive event promoted by the campaign of Luiz Inácio Lula da Silva, this Monday (26), Sao Paulo.

“We are waiting for you here, Ciro Gomes”, he joked, looking at the camera when being interviewed on the live, and drawing laughter from those who were nearby. Paulo said that with him he doesn’t have this business of hiding the vote to avoid losing jobs or sponsorships: “I’d rather lose a publication but invest in health and education,” he said. He celebrated the high adhesion of artists to the PT campaign and, to F5, said he did not point the finger at those who prefer not to take a stand.

“I’m really happy because a lot of people who haven’t done it before are coming off the fence, so I’d rather celebrate them than judge who’s still there.” Paulo also quoted a phrase that, for him, “has become almost a mantra”: “Heroism you can only demand from yourself”.

And he explained: “I do what I think is best and I can’t keep asking others to do the same. Everyone has their reasons, their money, their things…”, he said. For the actor, the adhesion of the artistic class to Lula’s campaign would be a response to Jair Bolsonaro’s cultural policy.

Survivor all star exclusive: The “night walks” of Marialena – Vassalo and what really happens