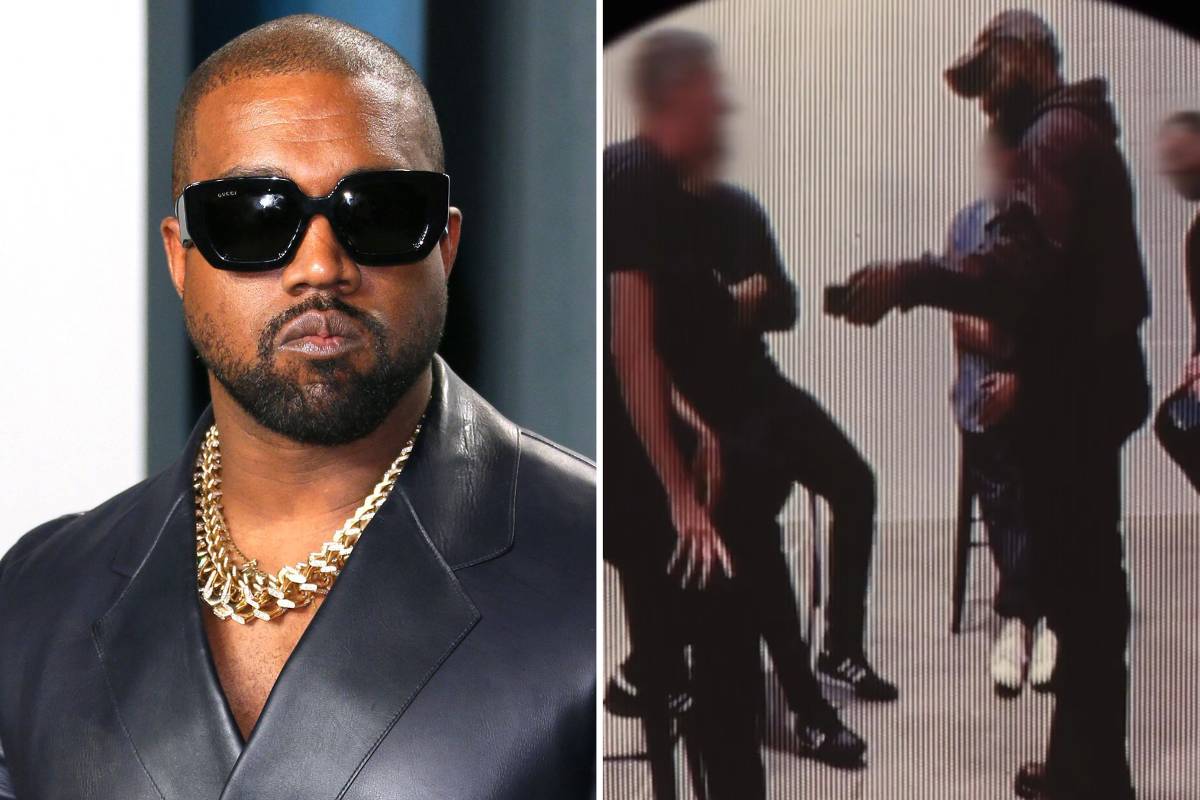 Rapper Kanye West, 45, also known as Ye, has been the subject of several controversies and confusion in recent weeks, even being prevented from posting on Instagram. This Monday (10), the musician took to YouTube to share a video showing behind the scenes of what he has been doing recently. The record was titled “Last Week”.

“Jesus Christ!” exclaims one of the executives. Kim Kardashian’s ex-husband keeps his cell phone in the same position, and one of the men is uncomfortable and pushes the rapper’s arm. “Come on, man,” he says. The pornographic video appears to be used by the singer to draw a parallel between his business and the clothing company, which manufactures and distributes his Yeezy brand.

The record shows more parts of the meeting, which appears to be focused on a complaint from Kanye, who accuses the brand of making sneakers too similar to the ones he created. Then, one of the artist’s representatives explains the intent of the pornographic video. “What you’re feeling right now is extreme discomfort, and that’s exactly the point,” he begins.

“When someone steals this man’s ideas, his creations, it’s like you’re stealing a child. These are all children of his mind, and you kidnapped them.” The rapper has been lashing out at the sports brand, which, in response, claimed that the partnership with him was “under review”. Recently, Kanye also broke up with the Gap.

Friends and people close to the singer would have said they were deeply concerned about his actions. According to the website Page Six, Kanye would be sleepless and would also have gone through a serious episode linked to his mental health. Friends are now looking for someone who can convince the rapper to seek professional help.

He has caused a lot of controversy in recent weeks. The list ranges from disagreements with Justin Bieber and Khloé Kardashian to criticism of the Black Lives Matter movement and comments about a new crush. In addition, also this Monday, he assumed a relationship with the Brazilian model Juliana Nalú, 24.