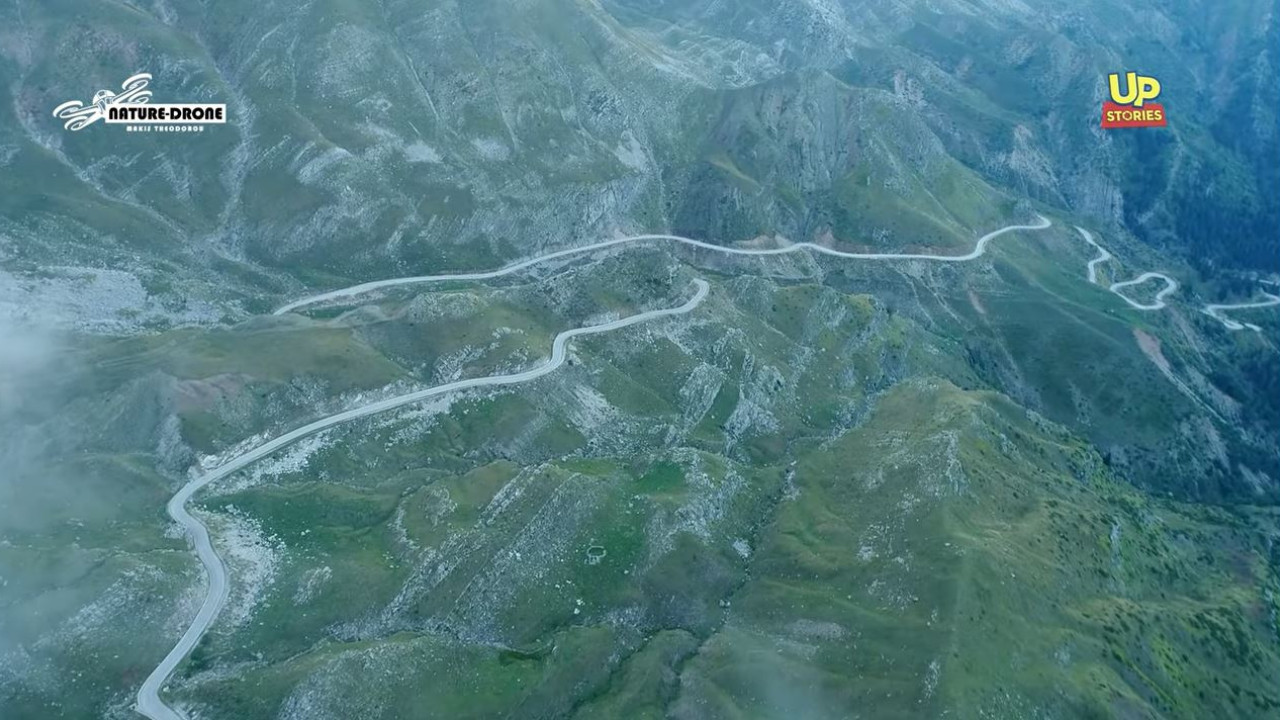 The Pass of Baros: Driving on the most beautiful road in Greece – Watch video

This road exists in Greece and is awe-inspiring, especially when you look from above. The reason for the so-called Baro’s neck…

The Andes and the towering crossings, the Carpathian mountains, the crossing of the Alps, roads disappearing into the sky at unimaginable heights, unique flora and fauna and all this in Greece a few hours away from Athens

An unrepeatable drive on a paved road at an altitude of 2,000 meters. And it’s really something you don’t get to do often. The Greek roads hide surprises and Baros is probably the biggest one…

This road exists in Greece and is awe-inspiring especially when you look from above. The reason for the so-called Baro’s neck…

Get ready for… merciless spinning. The road winds like a snake through gorges, dense forests and steep slopes.

Starting from Kalambaka, the adventure starts from the villages of Aspropotamos and culminates in the neck of Baros, in one of the few accessible mountain “passes” from Thessaly to Hpiro, from the Vlach villages of Trikala to the villages of Tzoumerka.

In the heart of Pindos, at a point where the multi-peaked Kakarditsa meets the Peristeri mountain, is one of the most difficult passes of Pindos known for the terrible snowstorms that break out without warning even in the spring.

The mountain pass of Baros has been known for centuries to the caravans of the kyratzis (carriers) who carried people and goods to the hard-to-reach villages, but also to the tseligades of Pindos who every spring brought their herds from the winters of Thessaly, high into the alpine meadows for to graze freely throughout the summer. That was a time when the korfobounia of Central Pindos and the communities rooted on its slopes were alive with life.

The Neck of Baros is one of the three passes of Pindos and is located on the South side of the mountain range. The road connects Anthousa and Haliki (Thessaly) with Kalarrites and Matsouki (Epiros), a route that moves at a very high altitude, exceeding 2,000 meters in some places….

The old locals and even today the younger ones who speak Vlach call the area “Passa Mparou”, “The Pass of Baros”, which in the depths of the years Baros was the name of a shepherd who discovered a passage to bring animals up and down or the name “mula barri”, meaning herd of mules

Over time, but mainly after the Civil War, the place became empty. Later, roads were opened that connected Tzoumerkohoria with Arta and Ioannina, the villages of Aspro with Trikala and Kalambaka.

In the new circumstances that took shape, the mountain pass of Baros fell into disuse and was forgotten.

In the summers, some owners of four-wheel drive vehicles decided to seek adventure by crossing the triathlon dirt road that dared to climb to high altitudes connecting Anthousa and Haliki (Thessaly) with Kalarrites and Matsouki (Epirus).

Today this road has been paved (in November 2014 the construction of the last dirt section was completed). So if the weather is mild and the prefecture’s snow removal machine has passed, you can even drive a conventional car in the spring.

An unrepeatable life experience awaits you.