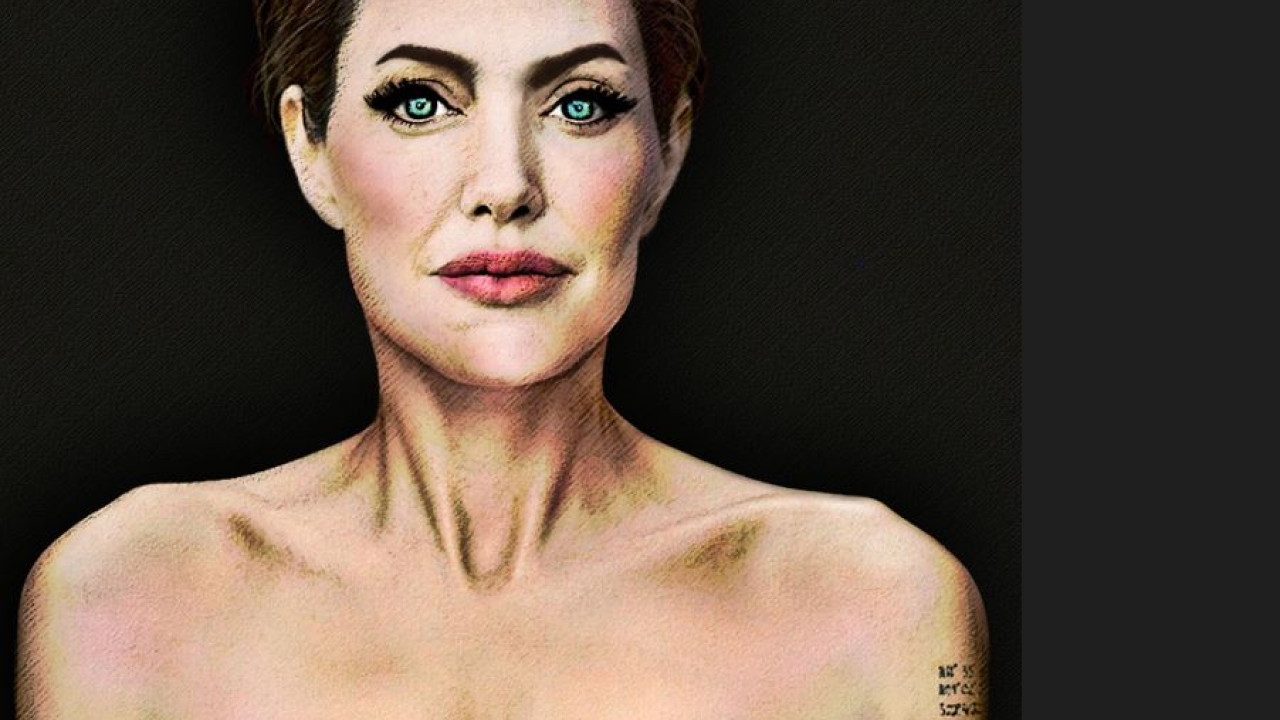 Palombo is considered a pioneer of social art, having started his practice almost 30 years ago

Angelina Jolie became the central figure in a graffiti project in Italy by the artist aleXsandro Palombo. The creator of the graffiti wanted in this way to praise the female power, through the portrait of the Hollywood actress, for breast cancer.

Angelina Jolie is depicted with signs of a mastectomy and her image has been adorning since Wednesday morning, one of the central squares of Milan, Piazza San Babila, which is located in the heart of the Italian city.

The graffiti is titled ‘Love Yourself’ and was displayed during breast cancer awareness month. The artist in turn wanted to send a strong message, to raise public awareness, to praise the strength and courage of all women, but also to demystify the scars of mastectomy.

In 2015, the same artist tackled this issue again and created a series of works entitled “SURVIVOR”, which immediately went viral.

Palombo is considered a pioneer of social art and started working on these projects almost 30 years ago. Today, he continues his path of research and awareness, which focuses on pop culture, inequalities, diversity, ethics and human rights. Through his perspective and his art, he prompts the public to reflect, with the aim of overturning social stereotypes and highlighting issues and misrepresentations of global social development.

Facebook
Twitter
Pinterest
WhatsApp
Previous article
Voridis: For heinous crimes and criminal personalities, life sentences should be life sentences
Next article
Agrinio: What the 4-year-old boy drew and revealed his rape by the 28-year-old