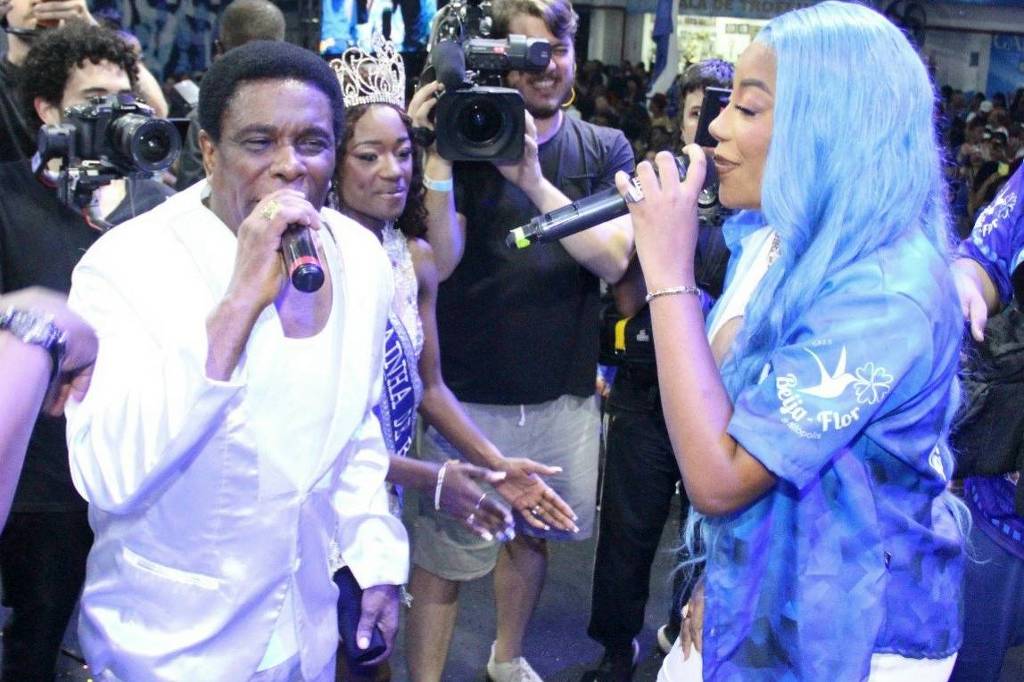 Ludmilla will sing alongside Neguinho da Beija-Flor at Carnival 2023

The singer Ludmilla, 27, will be next to Neguinho da Beija-Flor, 73, in the sound car of Beija-Flor de Nilópolis at the 2023 Carnival.

The official announcement took place on the court of the samba school, on Thursday night (20), along with the definition of the samba-plot about those excluded from the bicentennial of Brazil’s independence.

Soon after, a welcome video narrated by Neguinho, considered one of the greatest interpreters of Brazilian Carnival, was released on the school’s social networks.

According to the singer, the school’s invitation to the artist was his request.

“I have felt that it is time for me to make an effort to help me even more to renew Nilópolis’ speech and verses”, he said.

“I’m going to pull the samba with the neguinho da Beija-Flor in 2023. This is the tweet”, celebrated Ludmilla on Twitter. “Very happy”.

Neguinho has been pulling the samba of Beija-Flor for 47 years and has helped to reveal other artists in the sound car. One of them, sambista Gilson Conceição Junior, known as Bakaninha, died at the age of 31 in January of this year after a car accident in Baixada Fluminense.

Bakaninha was appointed as Neguinho’s replacement at the school’s official microphone. The veteran interpreter said in the welcome video that he misses his friend very much.

Neguinho recalled that Ludmilla is successful with funk, pop and pagode and now it’s time to “explode with samba”.

“A black woman, of my color, the color of Beija-Flor and her people. She is from the favela, where she is queen. One of the greatest singers of the current generation,” he said.

Beija-Flor’s carnival director, Dudu Azevedo, opined that it is necessary to have female voices in the school’s sound car.

“This is very important for us to echo the samba of Beija-Flor on the avenue”, he highlighted.

For Dudu, few artists can spend more than an hour singing on the avenue and Ludmilla is one of those people.

Facebook
Twitter
Pinterest
WhatsApp
Previous article
Little Panagiotis Raphael stood up, took his first steps, and declared “I’m going to make a mess” – Watch video
Next article
‘I predict your death’: Our mobile phone can predict risk of death in the next 5 years