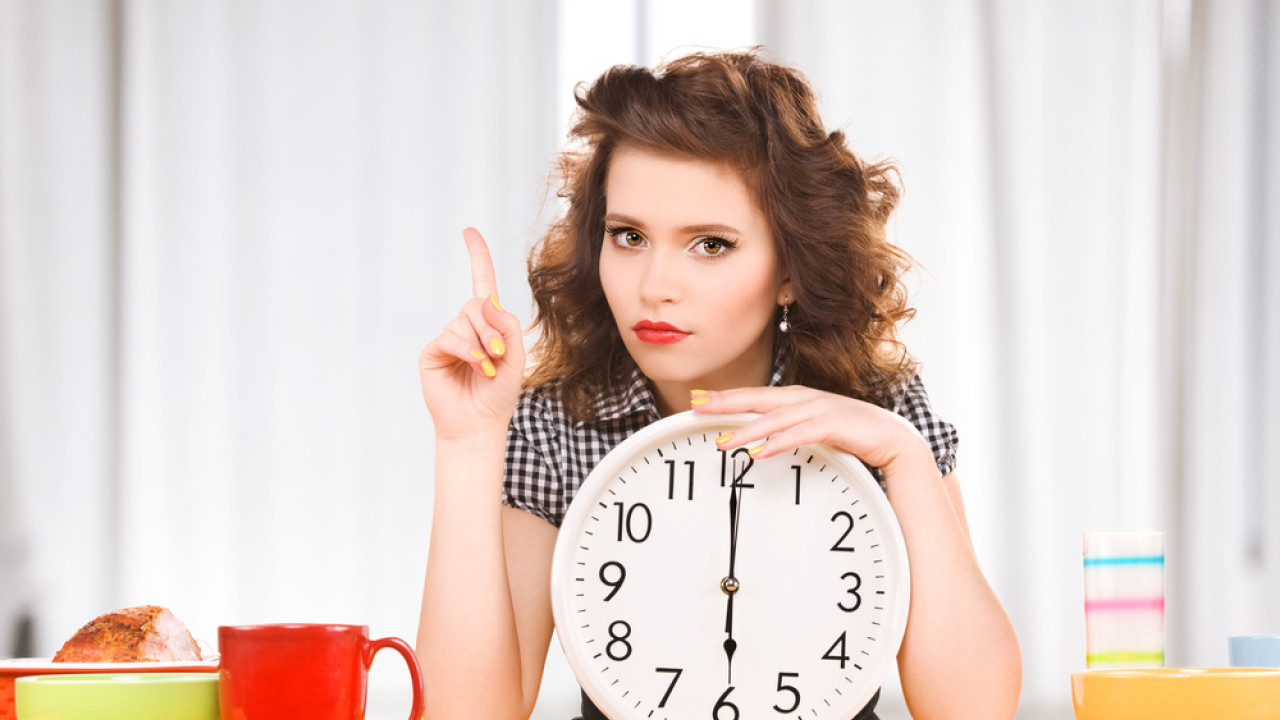 How would you feel about eating your dinner early? – “Key” is eating meals within 10 hours

More and more researchers are trying to prove that eating your dinner earlier can benefit you. Even more important according to research is to eat all your meals within 10 hours.

The result from this “wave” of research is this: Eat your morning meal and limit all other meals of the day to a 10-hour period.

According to study participants by researchers at Brigham and Women’s Hospital published in the scientific journal Cell Metabolism, those who consumed meals 4 hours later had negative changes in their bodies.

First author Nina Vujovic, a researcher in the Division of Sleep and Circadian Disorders at Brigham and Women’s Hospital said in a description: “In this study, we asked, ‘Does the time we eat matter when everything else is held constant?’

What he found was that those who ate 4 hours later than the recommended 10 hours noticed they were hungrier and burned calories at a slower rate. This led to changes in their bodies, such as increased fat.

The researchers asked 16 overweight patients to be divided into 2 groups. In one group they would consume their meals at 9 a.m., 1 p.m. and 5 p.m., while in the other group at 1 p.m., 5 p.m. and 9 p.m. Participating patients recorded their appetite and hunger, while the researchers collected blood samples, body temperature levels and energy expenditure, as well as samples of body fat tissue.

Those in the second group who ate their meals later appeared to report being hungrier and burned an average of 60 fewer calories, while those in the first group who ate earlier had lower levels of the hormone leptin, which is present when someone feels full.

This study was quite small, but it was specifically designed to evaluate the effects that a diet can have on the body.

According to Frank Scheer, director of the medical chronobiology program in the division of sleep and circadian disorders at Brigham, this study shows the impact of early versus late dining. Furthermore, it states that they also investigated other variables such as caloric intake, physical activity, sleep and light exposure. But in reality, these variables are likely to be influenced by the diet plan as well.

Should breakfast be your biggest meal?

Researchers at the University of Aberdeen in Scotland and the University of Surrey in England expected that those who had a large breakfast and small dinner would burn more calories and lose more weight. In contrast, they found no differences in subjects after following the two meal patterns. Remarkably, however, those who followed the first pattern (with the rich breakfast) reported fewer hunger pangs during the day.

Should you eat within 10 hours?

According to research done on firefighters, it was found that eating your meals in a total period of 10 hours is only positive. Researchers found that firefighters who ate all their meals within a 10-hour period significantly lowered their bad cholesterol levels, improved their mental health and reduced their alcohol consumption by about three drinks per week. Also, those who participated and had elevated blood sugar and blood pressure levels saw a significant improvement.

What is suggested is to eat a larger breakfast, preferably at home because it is usually healthier, then a small lunch and a healthy dinner.

But special attention is needed in some groups of people. Those with type 1 or type 2 diabetes, expectant mothers, and people taking prescription medications should consult their doctors before starting any dietary changes.

Facebook
Twitter
Pinterest
WhatsApp
Previous article
The Russian occupying authorities of Kherson are creating local militias
Next article
Kerameos on Sky 100.3: The public school is strengthened – Children get supplies at no cost to the family