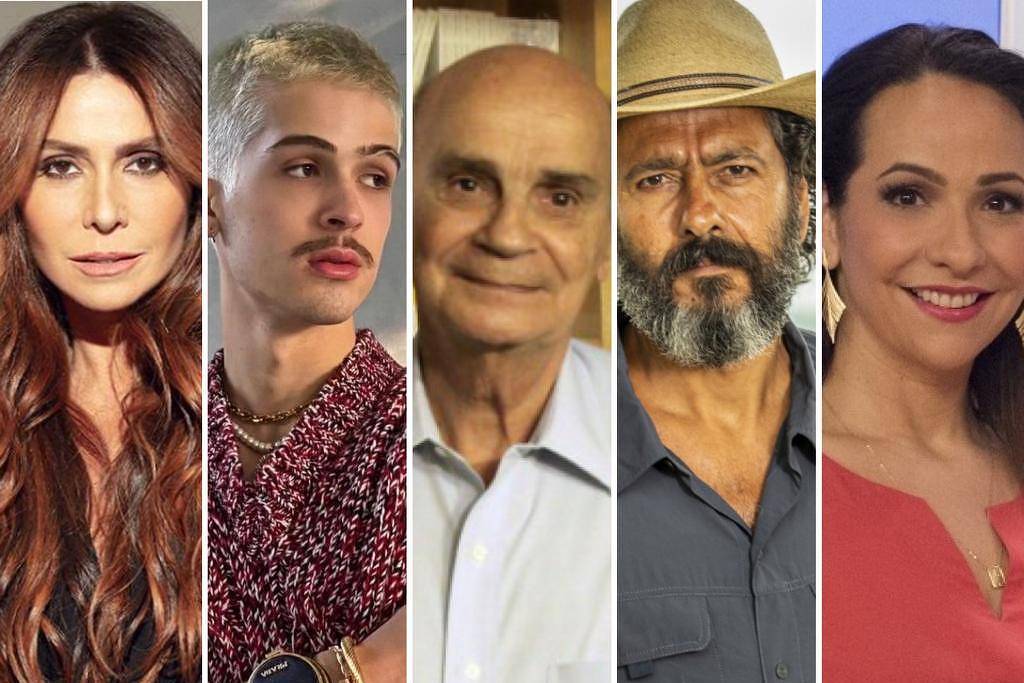 Opinion – Rosana Hermann: Celebrities who are related and you didn’t even know

Imagine spending decades living with a cousin and one day discovering that this cousin is your brother. That’s what happened to Bono Vox, lead singer of the band U2.

Bono’s father was called Bob Hewson. Bono’s mother, who died when the singer was just 14 years old, was called Iris. Iris had a brother, Jack Rankin, married to Barbara, Bono’s uncle and aunt. The two had a son, Scott Rankin, Bono’s cousin.

It turns out that Bono’s cousin wasn’t Uncle Jack’s son with Aunt Barbara, but Aunt Barbara’s son with her father, Bob. It was in the year 2000 that his father revealed that he had a child out of wedlock, a secret that Bono’s mother died without knowing. And just like that, Bono discovered that his cousin Scott was his brother. All the family secrets were kept for many years and it was only recently that Bono made the story public.

Here in Brazil, we don’t know of any history so intense involving famous people. Or, if there is, the secret is very well kept. Meanwhile, we show some relationships between celebrities, some very well known, others not so much, but always good to remember!

Heloisa from “Travessia” (Globo), the beloved delegate Helô from “Salve Jorge”, has a brother, Leonardo Antonelli, who has been married for ten years to actress Guilhermina Guinle, who played the millionaire Pia in “Verdades Secretas” and the villain Dominique in “Salve-se Quem Puder”, in 2020. That is, Giovanna is Guilhermina’s sister-in-law. The sisters-in-law have more in common: Guilhermina was married to Murilio Benicio, the actor with whom Giovanna Antonelli had her son Pietro Antonelli Benício.

Everyone knows that the young actor and singer João Guilherme is the son of the countryman Leonardo, as well as his two half-brothers, Zé Felipe and Pedro Leonardo. It turns out that João Guilherme’s mother, Naíra Ávila, is the older sister of Pe Lu, a former member of the band Restart. In other words, Pe Lu is João Guilherme’s uncle.

It is not news that the talent of actress Camila Pitanga is in the DNA, as she is the daughter of actor Antonio Pitanga. But Camila is also “related” to politics through her stepmother, the former governor of Rio de Janeiro and Brazil’s first black senator, Benedita da Silva, who has been married to her father for 30 years.

The full name of actress Claudia Ohana is Maria Cláudia Silva Carneiro. Her father, the plastic artist Arthur José Carneiro, is also the father of João Emanuel Carneiro, author of renowned novels such as “Avenida Brasil” and, currently, of “Todas Flores”. Thus, Claudia and João Emanuel are half-siblings.

Among the best-known relatives are those with the same surname: Tiago Abravanel is the son of Cinthia Abravanel, one of the six daughters of Senor Abravanel, better known as Silvio Santos. In other words, Tiago is the grandson of the most famous Brazilian TV presenter.

The presenter Tadeu Schmidt is the brother of the well-known ex-basketball player, Oscar Schmidt, and the singer Elba Ramalho is a cousin of the musician Zé Ramalho, while the actress Letícia Colin, who is playing the villain Vanessa in “Todas as Flores”, is Adriana Colin’s paternal niece, presenter, ex-miss, ex-Banana Slip, ex-Fantasia and ex-assistant of Faustão.

But care must be taken with the same surnames, because they can be misleading: Rodrigo Lombardi is not related to Bruna Lombardi.

The real name of the great actress Renata Sorrah, immortalized in the meme Nazareth Confusa because of her character in “Senhora do Destino”, is Renata Leonardo Pereira Sochaczewski. Renata is the younger sister of sociologist Suzana Sochaczewski Evelyn, mother of actress Deborah Evelyn. Thus, Renata Sorrah is the aunt of Debora Evelyn, who was married to director Dennis Carvalho for 24 years.

Everyone loves Dr. Drauzio, great doctor, scientist, writer and marathon runner. Drauzio has been married for 41 years to actress Regina Braga. When the two met, in 1981, Regina was already the mother of little Gabriel, then eight years old. Today, at the age of 50, actor Gabriel Braga Nunes has a second father in Drauzio.

They didn’t know it, but one day they discovered that their grandparents were brothers, that they fought, they didn’t speak for years. Maria Ribeiro and Dinho Ouro Preto spent years with no idea that they were from the same family. All this they discovered in 2015, before starting the Altas Horas program in which Maria and Dinho participated.

Unlike Dinho and Maria Ribeiro, Ingrid Guimarães and Marcelo Faria always knew they were cousins, as they have always lived together. Ingrid is the niece of Reginaldo Faria, Marcelo’s father.

Sônia Abrão was a cousin of Chorão, lead singer of Charlile Brown Jr, who died in 2013.

The actress Mel Lisboa is a cousin of the comedian and presenter Rafinha Bastos. They discovered the kinship at the same time, during an interview with Mel on the Rafinha Agora é Tarde (Band) program in 2014.

If you’ve ever seen the Ratinho show, you might remember Marquito, who worked there for 20 years. Marquito, Marco Antonio Gil Ricciardelli, is Raul Gil’s nephew.

Last year, journalist Maria Beltrão discovered that she and Globo’s London correspondent, Rodrigo Carvalho, are related. Her great-aunt was married to his great-uncle. Distant kinship? Yes, but less than Angélica who “discovered” by Gloria Maria that she and Galvão Bueno are cousins ​​of…13th degree!