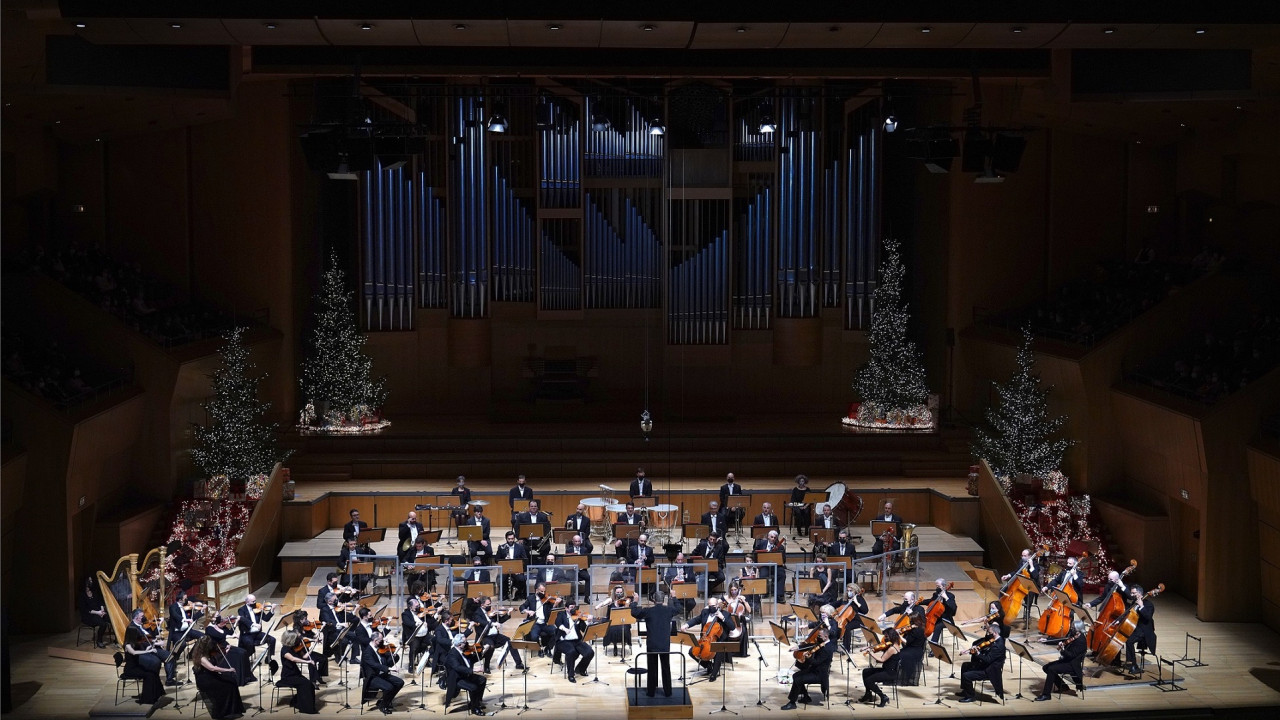 Christmas at the Athens Concert Hall

In addition to musical theater performances, the holiday program also has a lot of music

With two brand new productions for the whole family, the Athens Concert Hall is preparing to welcome this year’s Christmas: the rock musical “Scrooge”starring Panos Mouzourakis, and the show “Karagiozi’s Christmas in Paris” from the troupe of shadow player Ilias Karellas.

In addition to musical theater performances, the festive program also has a lot of music: two concerts with Vienna Mozart Boys Choirthe established celebratory church organ recital with Urania Gassioubut also the New Year’s gala of the State Orchestra of Athens which chose to present us, this year, songs and excerpts from the most beautiful musicals of all time.

Specifically, on December 17 and 18, one week before Christmas, the wonderful voices of the Vienna Mozart Boys’ Choir will resound in the Christos Lambrakis Hall. The young members of the historic Austrian ensemble, who are between eight and twenty-one years old, have in their baggage some of the most beautiful traditional songs of Europe and Latin America, while they will also sing our own Greek carols. Their program also includes well-known works by great composers: Purcell, Diabelli, Franck and Mozart. In the musical direction, the Austrian teacher of vocal art Peter Lang.

A few days later, on December 21, premieres the brand new holiday production of Ilias Karellas “Karagiozi’s Christmas in Paris”, who this year completes ten years of continuous presence at the Megaro, with successful shadow theater performances… always after music. The show is also presented on December 23rd as well as from 12/25 to 30/12. In this comedy, in which Greek tradition meets French culture, Karagiozis and his company will try to solve the mystery of the missing turkeys and will meet in the City of Light a French turkey-artist who stirs up the crowds (Georgia Kefala ). With them, the musicians: Theodora Athanasiou (guitar), Loukas Metaxas (percussion set), Glaukos Smarianakis (violin), Haris Tsalpara (accordion) and Kostas Tsarouhis (double bass).

Second premiere on the Megaros stage, this Christmas, with the rock musical “Scrooge” which is staged for the first time at the Alexandra Trianti Hall from December 22 to 30 and is based on “A Christmas Story” by Charles Dickens, one of the most loved novels of young and old worldwide. The protagonist is not the well-known miserable old Scrooge, but a worn-out, fallen and awkward music star, who is embodied by Panos Mouzourakis. The arrangement and direction is signed by Christos Sougaris. The original music of the play was composed by Stefanos Korkolis, the lyrics are by Gerasimos Evaggelatos, and the choreography is by Fokas Evangelinos. The sets and costumes were designed by Eleni Manolopoulou, and the lighting by Alekos Anastasiou. The orchestra is conducted by Tasos Simeonidis. It features a large troupe of actors and singers in surprise roles.

The New Year’s gala of the State Orchestra of Athens, Orchestra in Residence of the Megaros, returns on December 30th to the Christos Lambrakis Hall, having as its theme, this year, the musical. In the program of this brilliant evening, we will hear melodies that left an era in New York’s Broadway and London’s West End, performed by selected Greek artists: soprano Myrsini Margariti, mezzo-soprano Nadia Kontogeorgi, tenor Yiannis Kalyvas and bass Giorgos Papadimitriou. On the podium, Michalis Economou.

However, in addition to the Christmas events in its halls, the Megaro will also host this year in the foyer of the Megaro events with holiday tunes that will present to the public up-and-coming groups from conservatories and music schools of Attica (free admission).

The pre-sale of tickets for the Christmas events has already started. Tickets: 210 72 82 333, megaron.gr. Information: http://www.megaron.gr

Facebook
Twitter
Pinterest
WhatsApp
Previous article
Attack with caustic liquid in Crete: On Saturday, the 38-year-old woman’s apology – “I messed up and dropped it”
Next article
Protests- Iran: Judicial authorities have indicted at least 1,000 people