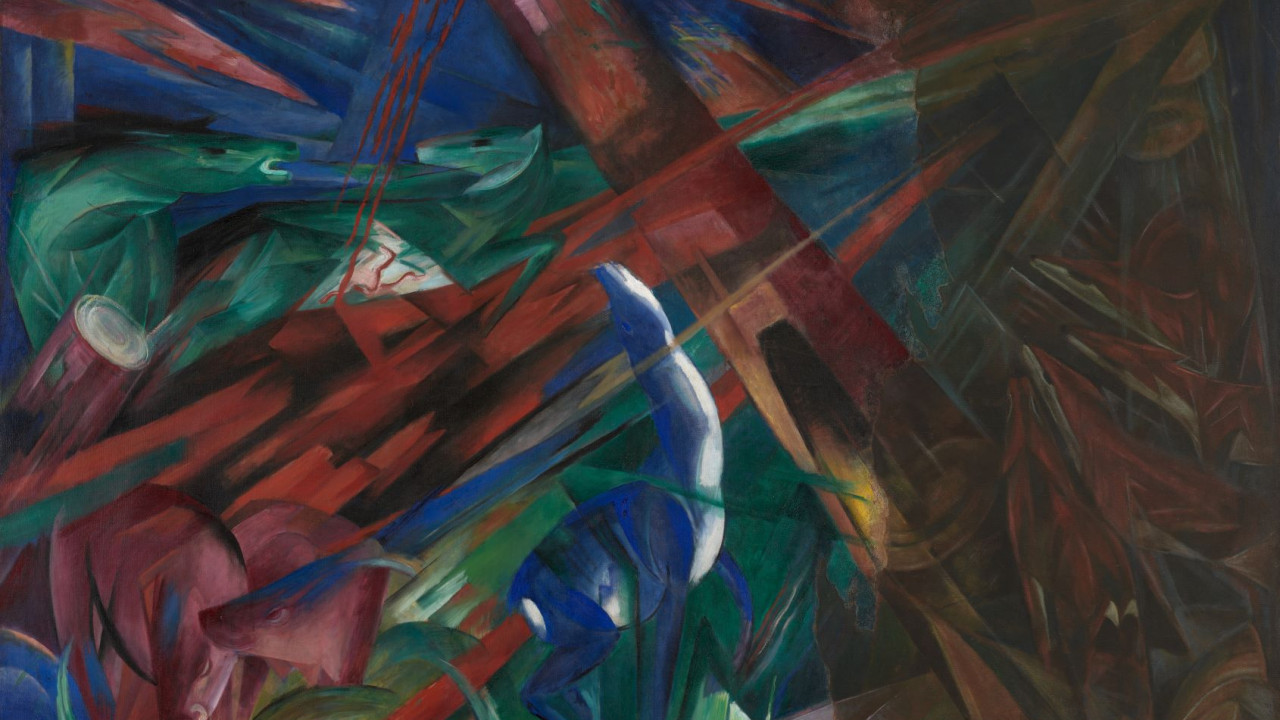 Since the beginning of the 20th century, many important German museums and galleries have been buying modern art on a large scale

In 1939 the “Art Museum” of the Swiss city of Basel bought from Germany 21 important works of modern art, which the Nazis had labeled “degenerate”. The exhibition “Fragmented Modernism” sheds light on this particular moment in the history of his collection: dealing with a dictatorial regime. A significant part of the exhibition (which opened on October 10 and runs until February 19, 2023) is devoted to works that were related to the purchases but are now considered damaged or lost. Except for one recently found.

Since the beginning of the 20th century, many important German museums and galleries have been buying modern art on a large scale. The Nazis after their rise to power in 1933 discredited it and described it derogatorily as “degenerate art”. In 1937 – after a gigantic operation – more than 21,000 works of modern art, “non-German”, by Jewish artists or with Jewish and “Bolshevik” themes were confiscated. Many of them were handed over in 1937 to the “scorn of visitors” at an exhibition entitled “Degenerate Art” in Munich and then in other cities in Germany and Austria. Unwittingly, however, the Nazis made them widely known to approximately two million visitors, thus promoting modern art.

In 1939, the Basel Art Museum bought 21 of them. It is the only cultural institution in the world to have purchased such a large number of such works directly from the Nazi regime. But how did these works reach Switzerland, which included some masterpieces by great artists such as Franz Marc, Paul Klee, Max Beckmann, Otto Dix, Oskar Kokoska? And what happened to the rest? The report presents the background of their market.

Already in 1937, the director of the Museum, Otto Fischer, had written to Count von Baudissin, the director of the Volkswang Museum in the city of Essen, to inquire about the fate of the works after the “Degenerate Art” exhibition. His answer was terrifying: “they will be burned, stored or maybe even sold.” The Nazis eventually stockpiled what they thought could be sold in Berlin in order to – in Goebbels’ words – “make money out of rubbish”, Swiss exhibition curator Eva Reifert told German public radio (DLF).

Two years later, the Nazis decided to sell abroad 4000 works which were assessed by the Propaganda Ministry of the Third Reich as “internationally exploitable to bring foreign currency into the country”. Finding buyers was entrusted to four art dealers, including Karl Buchholz and Hildebrand Gurlitt. A large part of the “unusable” was burned on March 20, 1939 in Berlin, including many works by young artists supported by the Weimar Republic. This forgotten generation is also part of the exhibition in Basel.

On May 10, 1939, Georg Schmitt, the new director of the Basel Art Museum, a socialist, anti-fascist, and connoisseur of German modernism, telegraphed the aforementioned German art dealers 6,000 Swiss francs for Franz Marc’s painting The Fate of the Animals. . He finally managed to buy him for 6,900 francs. It was the first work bought directly from Berlin.

Thus, the way was opened for the creation of a collection of classic works of modern art, one of the most famous of its kind in the “Art Museum” in Basel. Schmitt, as a journalist, had observed and criticized since 1933 the persecution of modern art in Germany and wanted to buy as many of the confiscated works as possible at the upcoming auction in Lucerne, but also directly from the Berlin warehouse. He therefore visited it at the end of May 1939 by invitation, a catalog of works was drawn up and sent to Switzerland for approval by the Museum’s Art Committee, which applied to the canton of Basel for a loan of 100,000 Swiss francs. In the minutes, which can be read in the Report, it is stated that Schmitt had to convince her since “there were reservations about German modernism throughout Europe”. The Art Committee debated whether it even wants to have such works in the Museum’s collection and whether it is morally justified to give currency to a dictatorial regime.

It was not until June 30, 1939, on the eve of the auction of 125 of the “usable” works of the German museums, that 50,000 Swiss francs were approved. With this humble amount the “Art Museum” acquired eight important works of modern art including Paul Klee, Otto Dix, Franz Marc and Marc Chagall. Two weeks after the auction, the works were exhibited at the Art Museum. A further 12 were later purchased from the original catalogue, which had been drawn up in Berlin, including Oskar Kokoska’s expressionist masterpiece The Wind Nymph. For budget reasons only 21 artworks were finally acquired. Schmitt had managed to create a remarkable collection of modern art in Switzerland, but not to buy all the works he wanted.

The current exhibition brings together works of “degenerate” art acquired at the time with those not acquired by the Kingdom but sold internationally. A large part of the 21,000 works confiscated by the Nazis were created by artists just starting their careers. In 1938 many of these projects were destroyed because the National Socialists saw no use in them. The names of the artists fell into oblivion. The exhibition, however, dedicates a separate room to this “forgotten generation”.

The issue of the losses of, according to the Nazis, “degenerate” art is particularly noticeable in the case of Marg Moll’s “Dancer”, a work which until recently was considered destroyed. But it was found in 2010 during the construction of a new subway line in the center of Berlin among the wreckage of the city’s bombings.