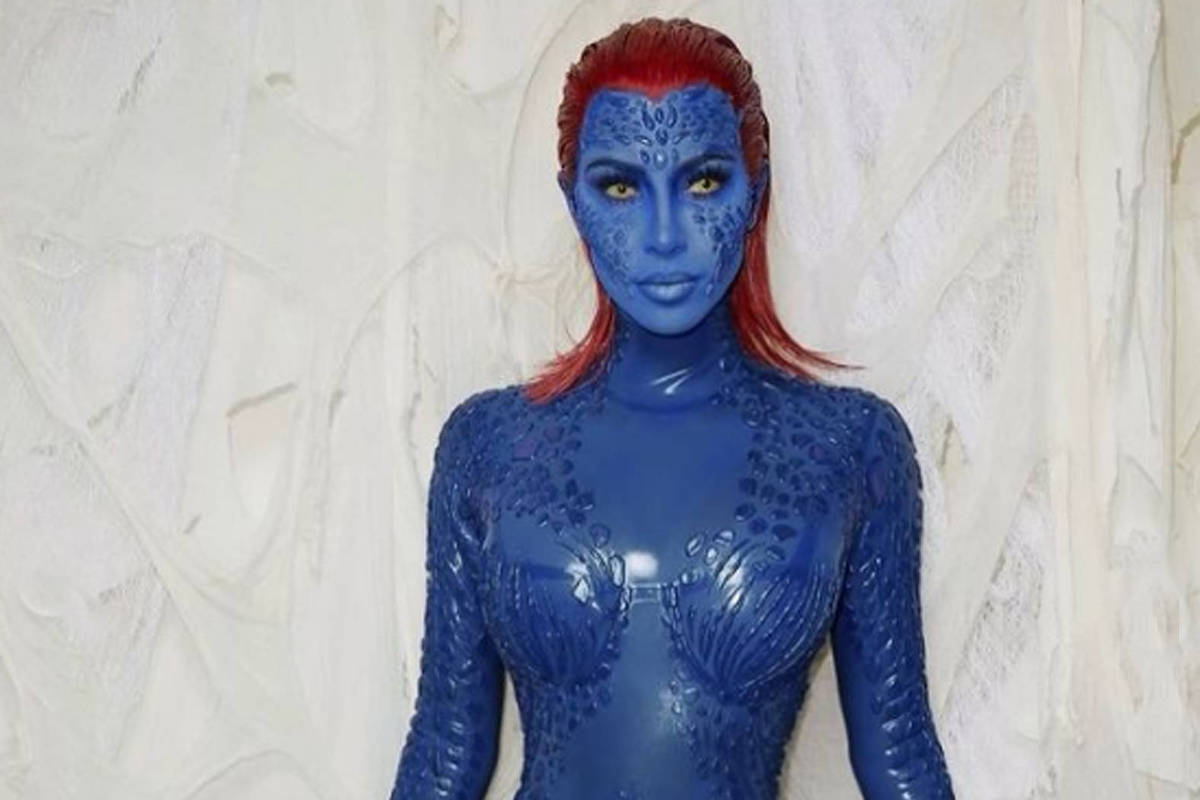 Businesswoman and socialite Kim Kardashian, 42, made a faux pas and appeared dressed as “X-Men” villain Mystique at a non-fancy birthday party on Sunday (31). She shared in Instagram stories a photo with the birthday girl, actress Tracee Ellis Ross, telling what happened.

“That time I got dressed up at a birthday party that wasn’t a costume party. Happy birthday to the most beautiful of souls, Tracee Ellis Ross,” Kardashian wrote in the photo’s caption.

In the photo, Kardashian appears wearing a red wig, scary colored contact lenses and a skin-tight blue latex outfit. While the birthday girl wore a red sequined jumpsuit and a jacket.

Before the faux pas at the party, Kardashian shared a video and several photos in costume on Instagram and wished her followers a happy Halloween. Several netizens praised the socialite’s costume. “So wonderful,” commented one netizen. “Queen,” wrote another.

On Twitter, the socialite was criticized by some netizens. “The absurdity reaches such a level that yesterday Kim Kardashian was invited to a birthday party to which she was dressed and when she arrived she was the only one with a costume”, tweeted a user of the social network.

“I really wish the media would stop portraying Ivanka Trump and Kim Kardashian as role models for modern women. They are selfish narcissists who are only famous because of the families they were born into,” one user wrote.