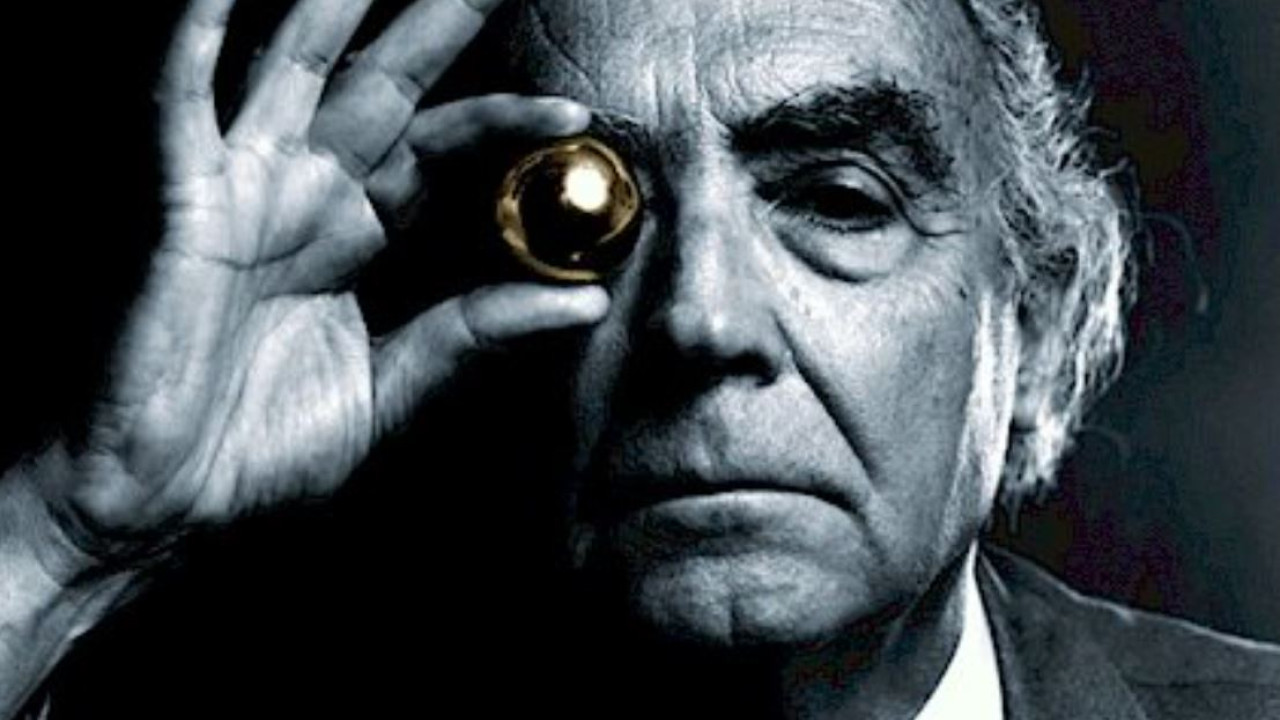 Jose Saramagou: Film Festival at the Film Archive of Greece

The Embassy of Portugal in Athens and the Film Library of Greece are organizing the “Saramagou 100” Film Festival, with the screening of six films inspired by the books and life of the Portuguese Nobel laureate

As part of the celebrations for the centenary of his birth Jose Saramago (José Saramago), which started on November 16, 2021, the Embassy of Portugal in Athens and the Film Library of Greece present, at the Film Library, the films Blindness (2008), Embargo (2010), The Copy Man (“Enemy”, 2013), but also the most recent fiction film The Year of the Death of Ricardo Reis (2020). The documentaries José and Pilar (2010) and The Heirs of Saramago (2020) will also be screened.

The films, which “bring to life” on the big screen some of Jose Saramago’s most important books, feature popular actors such as Julianne Moore and Jake Gyllenhaal, while the documentaries that will be shown illuminate his influential personality, but also his significant relationship with his wife Pilar del Rio.

The films will be subtitled in English and Greek.

The awarding of the Nobel Prize for Literature (1998) cemented the international reputation that made José Saramago a writer of great importance beyond Portugal’s borders. Thus, Saramago is considered today as a “writer of the world” who had a huge influence on the younger generation.

The initiative for this film festival, which is supported by the Camões Institute, aims to make more widely known one of the most important writers of the 20th century, whose work has been extensively translated and published in Greece.

The program of films:

The Year of the Death of Ricardo Reis (2020), by João Botelho. Film adaptation of Saramago’s novel of the same name, which focuses on the imaginary everyday life of the last years of the life of one of Fernando Pessoa’s alter egos.

Embargo (2010), by António Ferreira. Inspired by the short story of the same name by José Saramago, the film tells the story of Nuno, a man whose life is suddenly disrupted by a sequence of improbable, Kafkaesque events.

José and Pilar (2010) by Miguel Gonçalves Mendes. A wonderful portrait of Saramago which focuses on the relationship between the author and Pilar, his life partner and a major influence on his thinking.

The Copy Man (2013), by Denis Villeneuve. In the film, based on Saramago’s work of the same name, Adam Bell is a history professor who is disillusioned with his boring life. But everything changes when, in a movie, he sees a savior of his…

On Blindness (2008), by Fernando Meirelles. Inspired by one of Saramago’s most iconic works, this film describes a dystopian society where inexplicable blindness has decimated the population.

It is a film adaptation of the book of the same name by José Saramago, which tells the story of the unknown fate of one of Fernando Pessoa’s heteronyms, Ricardo Reis. The book adapts the work of the Portuguese Nobel laureate, who imagines a meeting between the poet Fernando Pessoa and his alter ego Ricardo Reis in a Europe faced with Mussolini’s fascism, Hitler’s Nazism, Salazar’s Estado Novo and the start of the Spanish Civil War. Portuguese director João Botelho, known for his films inspired by literary works, uses cinematic formulas of the past – a modern revival of noir – to create a unique universe where black and white, death and life, meet and are examined in a way that is both poetic and cinematic. (ref: cineuropa.org)

Adam Bell is a history teacher from the Toronto area who is indifferent to the routine of his life, which is turned upside down when he sees a movie and discovers that he has a savior. Searching for the actor, Adam develops a true obsession and begins to stalk him. Unlike most film adaptations of Saramago’s work, “Copy Man” does not focus so much on the original pace of the book, but instead offers the audience a thriller, where the self-reflexive nature of the original text takes a back seat. In addition to one of Villeneuve’s masterpieces, this 90-minute feature film is based on the novel of the same name by José Saramago, adapted from a screenplay by Javier Goulon. The excellent acting of Jake Gyllenhaal as well as the closure of the plot provided by Jose Saramago turn the film into a real work of art.

What if you were suddenly confined to your bedroom, your house, or your car? How free would you be? This 80-minute film is loosely based on the short story of the same name by José Saramago published in 1978 in the collection published in Greek under the title “The History of the Unknown Island”. The film tells the story of a man, Nuno, who works at a hot dog stand, who has invented a machine that promises to revolutionize the shoe industry – a foot scanner. In the midst of a gasoline embargo, already in dire straits, Nuno mysteriously confines himself to his car, finding his very life suddenly embargoed. Walking a fine line between realism and magic, the director tells the story of a man who mysteriously loses his freedom the moment he leaves his home.

A city is plagued by an epidemic of total blindness. Those who are first offended are quarantined by the authorities in an abandoned mental hospital, where the balance of this newly formed “society of the blind” is rapidly collapsing. Criminals and the physically stronger prey on the weak, picking up the meager food rations and committing horrific crimes. There is, however, one eyewitness to this nightmare. A woman, whose sight is not affected by the “plague”, follows her infected husband into the improved quarantine. There, keeping her vision a secret, she guides seven strangers who become, in essence, a family. He leads them out of quarantine and into the ravaged streets of the city, which has seen all remnants of civilization crumble. “On Blindness” is considered the crown jewel of José Saramago’s literary career and contributed to his winning the Nobel Prize for Literature.

The José Saramago Literary Prize, created a year after Saramago was awarded the Nobel Prize in Literature, honors the talent of writers under the age of 40. These are the “Heirs of Saramago”, protagonists of the documentary series by Carlos Vaz Marques, directed by Graça Castanheira. Four very different voices with a common bond: the literary re-creation of the Portuguese Language. By following each of these writers closely, we observe an intimate and emotional portrait of some of the most prominent voices in Saramago’s language.

Gonçalo M. Tavares is an Academician and one of Portugal’s most recognized contemporary writers, born in 1970 in Angola. Since the publication of his first book in 2001, he has published 45 literary works, among which the novel “Jerusalem” stands out, which was included in the European edition of the collection “1001 books you must read before you die”, which was also the winner author’s proposal for the Saramago Award. “Jerusalem”, “Neighborhood” and “Plague Diaries” have already been translated into Greek by Saramago’s translator Athena Psyllia and are published by Kastaniotis publications.

José Luís Peixoto is a Portuguese poet and writer, born in 1974 in Alto Alentejo, southern Portugal. His first published work was “Morreste-me” which was published in 2000. He is the youngest writer ever to receive the Saramago Literary Prize, aged only 27. The books “Piano Cemetery” (Greek Letters Publishing), “Book” and “Galveias” (Kedros Publishing), “No Look” (Diaplasi Publishing) were translated into Greek by Saramago’s translator Athena Psyllia. The collection “Poems” was also translated by Nikos Pratsini and published by Gavrielidis publications.

Válter Hugo Mãe is a distinguished Portuguese writer with a rich literary output consisting of poetry (15 poetic titles) and prose (8 novels, 6 children’s books and short stories), born in 1971 in Angola. He won the Saramago Prize in 2007 with the novel “O remorso de Baltazar Serapião”, which Saramago himself considered the “rebirth of the Portuguese Language”. In 2020 he won the Grand Prize for Fiction of the Union of Portuguese Writers with the work “Contra Mim”.

Afonso Reis Cabral was born in 1990 in Lisbon. He published his first book of poetry “Condensação” when he was only 15 years old. In 2014 he won the LeYa award with the novel “O Meu Irmão”. His most recent works are “Pão de Açucar” (2018) and “Leva-me contigo” (2019) with which he won the Saramago Prize in 2019. The author is considered one of the most important names of the new wave of contemporary Portuguese literature.

This acclaimed 2010 documentary illuminates the path of Nobel laureate José Saramago, giving us a detailed portrait of his life, his love for his wife, his writing and his country. However, this biography ends up not being (only) about Saramago, as it turns mostly into a story of love, truth and commitment, which in itself gives us a taste of what his life was like. The film depicts José’s simplicity, as well as the influence of his Spanish journalist wife Pilar, focusing on a largely unknown side of the writer. It is worth highlighting the beauty of the soundtrack that “dresses” the narration of this testimony of the last stage of Jose Saramago’s life with Pilar del Río.

Facebook
Twitter
Pinterest
WhatsApp
Previous article
Crete: Road accident with mother and daughter trapped – They were taken to the hospital
Next article
Macron at COP27: I will push the US and China to do their part on the climate