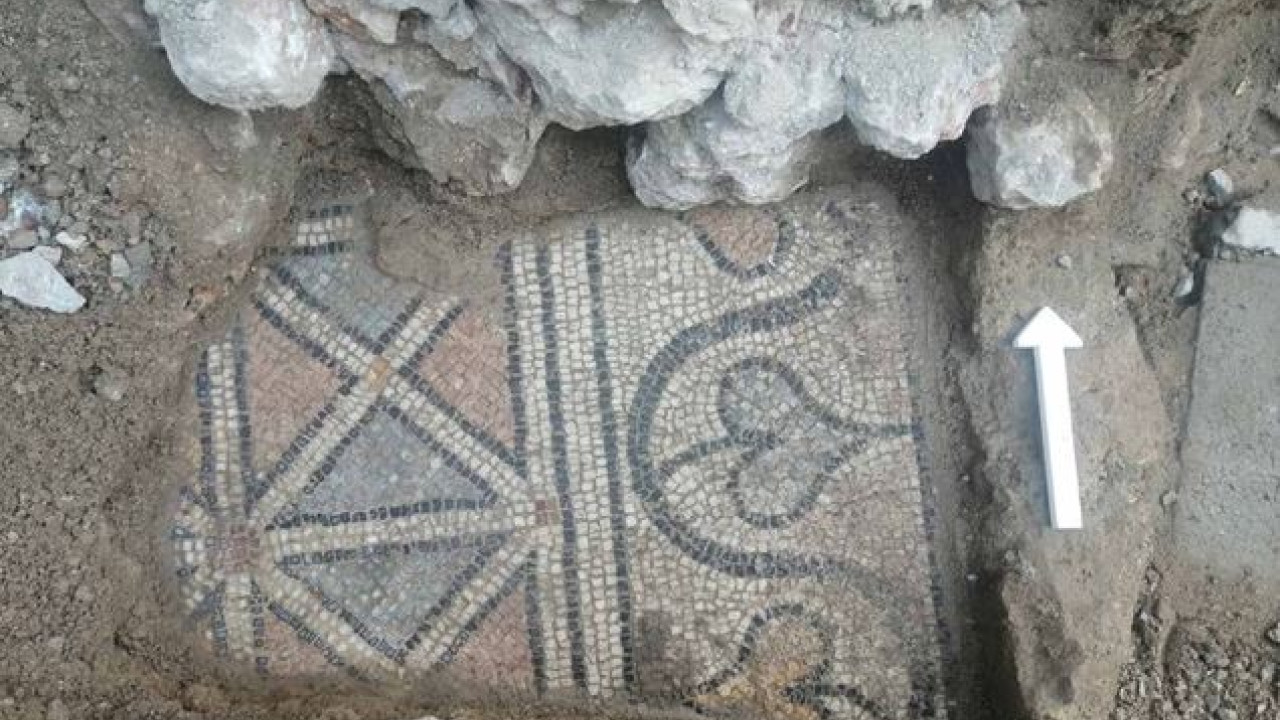 The excavation work for the reconstruction of the area of ​​the Square brought to light the remains of the ancient building, at an average depth of 1.00 m.

Important antiquities of the late Roman times were brought to light by the excavation work that began on 07-10-2022 as part of a project carried out by the Municipality of Athens for the regeneration of the Theater Square area.

Theater Square is located in the south of the wider area of ​​Omonia, near Psirri and Koumoundourou Square and is crossed by the road of the same name.

The antiquities, the excavation of which is ongoing, were discovered in the southern part of the square at an average depth of 1.00m.

From the data to date, it is established that these are the architectural remains of a fairly extensive building complex.

It is made up of different spaces, which have been partially uncovered and are kept at a low height. The middle space, with a side length of 7.40 m, is delimited by marble stone plinths in the form of a column, with grooves on their upper surface for the insertion of railings or breastplates.

The floors of the rooms were covered with opus sectile marble and mosaic with stylized floral and geometric decoration, parts of which were preserved in good condition and apparently testify to the luxurious character of the building.

Further investigation of the remains is expected to yield evidence for identification, precise chronological documentation and its eventual emergence.

The main concern of the Ministry of Culture and Sports is to illuminate and save unknown aspects of the historical and archaeological development of the center of Athens. At the same time, an effort is being made to avoid, as far as possible, delays in the important project implemented by the Municipality of Athens for the regeneration of the Square.

Facebook
Twitter
Pinterest
WhatsApp
Previous article
Gwyneth Paltrow’s outrageous Christmas list: $30,000 buys you a sex chair, a sack of manure and a leg of ham!
Next article
Erdogan praises his relationship with Putin: “We have trust, respect and solidarity with each other”