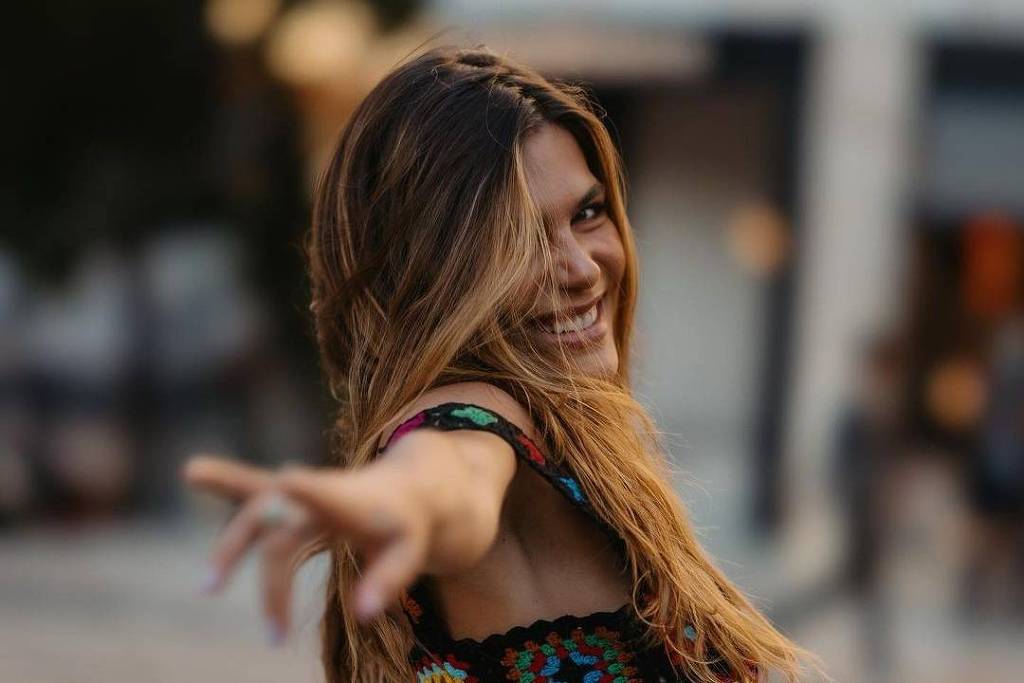 Much more than ‘woman from Cauã’: Mariana Goldfarb wants to empower women with podcast

Mariana Goldfarb, 32, is tired of the labels. Be it the beautiful model or the wife of the heartthrob Cauã Reymond, 42. She wants to be the protagonist of her own story and help empower other women with the C/Alma podcast, a pun on the words soul and calm, launched on November 7 on Spotify and Deezer platforms.

“This podcast is a reflection of who I am, what I want to talk about and how I want to be seen. I don’t want to be seen as the tanned carioca kitten, I have a lot to add to the world that is not my tan. It’s not who I’m married to either,” says the presenter, who graduated in nutrition in July.

With weekly episodes, in this first season, she brought together seven guests to discuss themes from the female universe, such as misogyny, harassment and pressure for unattainable aesthetic standards. Gabriela Pugliesi participated in the debut episode, which was recorded days before the fitness influencer gave birth to her first child, Lion.

“All women, regardless of age, social class, gender or race [passaram por isso]🇧🇷 It is something that is common to all of us. We were able to see that many of the things I feel or felt are so common to all the interviewees”, says Mariana, who wants actress Grazi Massafera, ex-wife of Cauã, in the next season.

In the interview with F5, the model also speaks openly about her relationship with her own body after overcoming anorexia. Mariana admits that she complies with an aesthetic body standard that society imposes on women, but the pressure she has on herself is still unusual: “I don’t wake up every day thinking I’m beautiful.”

“I found tools and habits that help me throughout this process and that are my priority. The therapy, the books I read, not turning on the television, sleeping earlier, meditation and physical exercises… I think that knowledge is power .”

Mariana claims that, in her healing process, she severed many relationships and that, currently, only people she trusts and whom she knows want her good enter her house. “I want sincere and spontaneous exchanges. I don’t like to play any type or character. In my life I’m increasingly knowing how to say no”, she says. “Now I say no to others and yes to myself, it’s very liberating.”

Seven years ago with Cauã Reymond, she also spoke of the charges she received at the beginning of the relationship and the comparisons with Grazi. “People said my body was ugly, that I was square and straight like SpongeBob and that my eyebrows were hideous,” she said. “Me and Grazi have different beauties.”

With the therapy sessions, the model began to understand that the comments reflected much more the people who criticized her than herself. She remembers that when she started her relationship with Cauã she was very young and, despite being a model and presenter, she was not prepared for so much exposure.

Mariana wants to try to turn the podcast into a show for open TV in the future, as she considers it to be one of the most effective means of communication for taking her message to more women. But she also doesn’t rule out trying a career as an actress – she attended Globo’s actors workshop and is studying acting. “I think about the most effective way to get the message out to people, and the better known you are, the more chances you have.”

Facebook
Twitter
Pinterest
WhatsApp
Previous article
A Turkish corporal was arrested for transporting migrants from Turkey to Rhodes
Next article
Ivanka Trump: I love my dad, but I won’t help his campaign