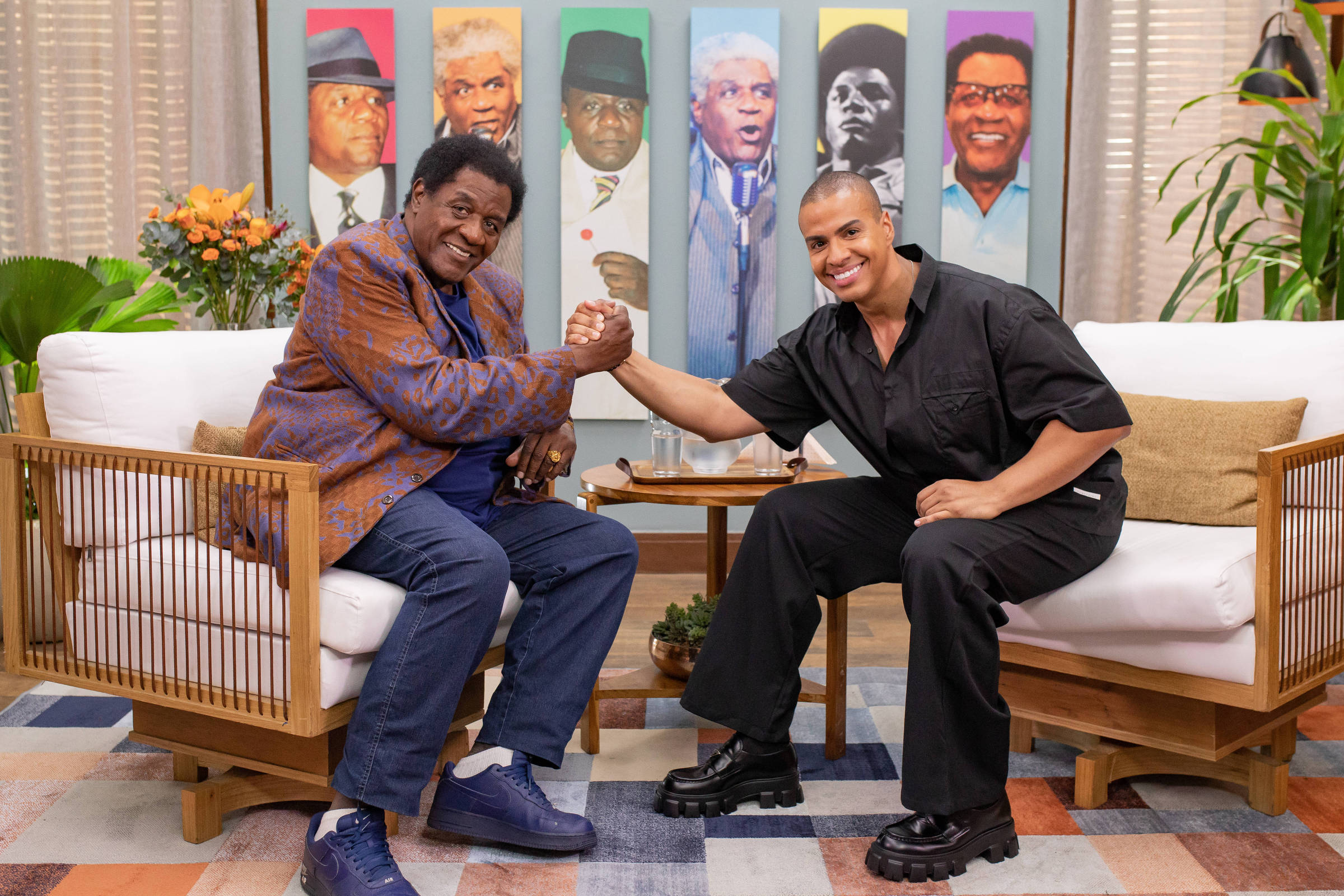 On the eve of Black Awareness Day, singer and actor Tony Tornado, 92, made presenter Thiago Oliveira,, cry when telling his life story and militancy against racism, on the É de Casa (Globo) program this Saturday (19 ). He recalled poverty, career, his history of resistance and all the obstacles he faced throughout his life.

The veteran, who was born in the interior of São Paulo and moved to Rio de Janeiro, recalled the beginning of life in the wonderful city. “I lived in the favela, on Morro de São Diogo, behind Central do Brasil, when I was 12 years old. There, I sold candy, peanuts, cards on the train and ran from the police, of course”, he said.

One of the most emotional moments of the interview was when Tornado said in tears that he asked the same police officers who were chasing him to help him find a school for his children. At this moment, Oliveira did not hold back the tears. “Because, in this life, nothing is going to happen, I’m not going to get anything useful other than selling peanuts and candy. And they found me a school”, said Tornado.

The artist also spoke of the persecution during the Military Dictatorship and his representativeness as one of the precursors of the Black Power movement in Brazil. He said he tried to show black people that their hair represented strength and identification.

The singer remembered his participation in the International Song Festival and the victory with the song “BR-3”. “I was the big underdog at the festival, and it was because of my courage. I sang ‘BR-3’. At the time it took on another connotation, they wanted to do everything to silence me, because I was seen as a spokesperson for blacks.”

The singer also spoke of his imprisonment at the same festival when he went up on stage and raised his arm and fist when Elis Regina, president of the jury, sang “Black is Beautiful”. He said that he came down from the stage in handcuffs, but he had managed to show everyone that black people are beautiful. “I’m very proud to be black. I was arrested, but with great pleasure, great satisfaction.”

Thrilled, Oliveira ended the interview by venting that when talking to Tornado a movie played in his head. He said that he started his career at the age of 18 and that he was looking for a reference by watching television, on stage and in the theater. “Thank you for being that power, voice, art, light and hope for all of us. You opened the doors for us to be here today”, he said crying.

On social networks, internet users spoke of Tornado’s talent and lucidity at the age of 92. “Exciting to see a complete artist who, at the age of 92, is so lucid. So competent. He looks like a 60, 70 year old man. Tony is struggle, resistance and pure history. Long live black music!” Social.

Other netizens shared a sentence said by the singer about racism: “When two hands meet, they reflect on the floor the shadow of the same color.”

Facebook
Twitter
Pinterest
WhatsApp
Previous article
What happens inside prive and expensive adult sex “clubs” – Two “girls” of a famous sex club reveal…
Next article
Best player in the world, Benzema is out of the World Cup