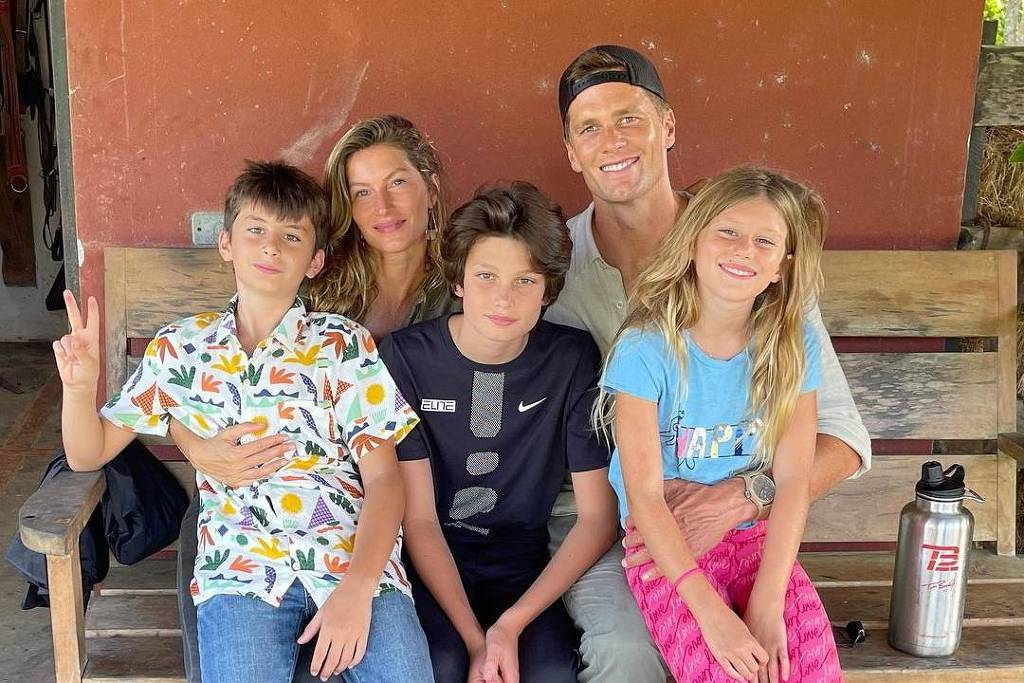 NFL star Tom Brady, 45, is making his children a priority after his divorce from supermodel Gisele Bündchen, 42. The two decided to end their 13-year relationship in October after weeks of a marital crisis that was much publicized in the media.

“I just want to be the best dad I can be,” he said, on the Let’s Go! with Tom Brady, Larry Fitzgerald and Jim Gray Sirius XM. The athlete also added that a large part of his career success came from the support he had from his parents. “I want to be that for my kids.”

Brady is the father of John Jack, 15, from his relationship with ex-girlfriend Bridget Moynahan, and had two children with Gisele, Benjamin, 12, and Vivian, 9. The former couple opted for shared joint custody of the children and will not prevent children from seeing their father or mother at any time.

Brady will be living in Tampa, about four hours away from the house where Gisele will live with her children. “We’re going to keep raising them together and giving them all the love, care and attention they deserve,” said the model in her Instagram stories.

The two had been facing a marital crisis since the beginning of September and would have been living separately for over a month. The disagreements would have started after the player went back on the decision to retire from the sport, which would be Gisele’s wish.

The divorce and division of assets after 13 years of marriage was quick because they had a prenuptial agreement in place before they got married in 2009. The former couple, who are separately very wealthy, have kept their businesses and wealth separate, except for their properties. that had to be divided.

Facebook
Twitter
Pinterest
WhatsApp
Previous article
When DiCaprio almost lost his role in ‘Titanic’ – James Cameron’s ultimatum
Next article
‘I make choices and please some and not others’, says Tite about Brazil’s lineup