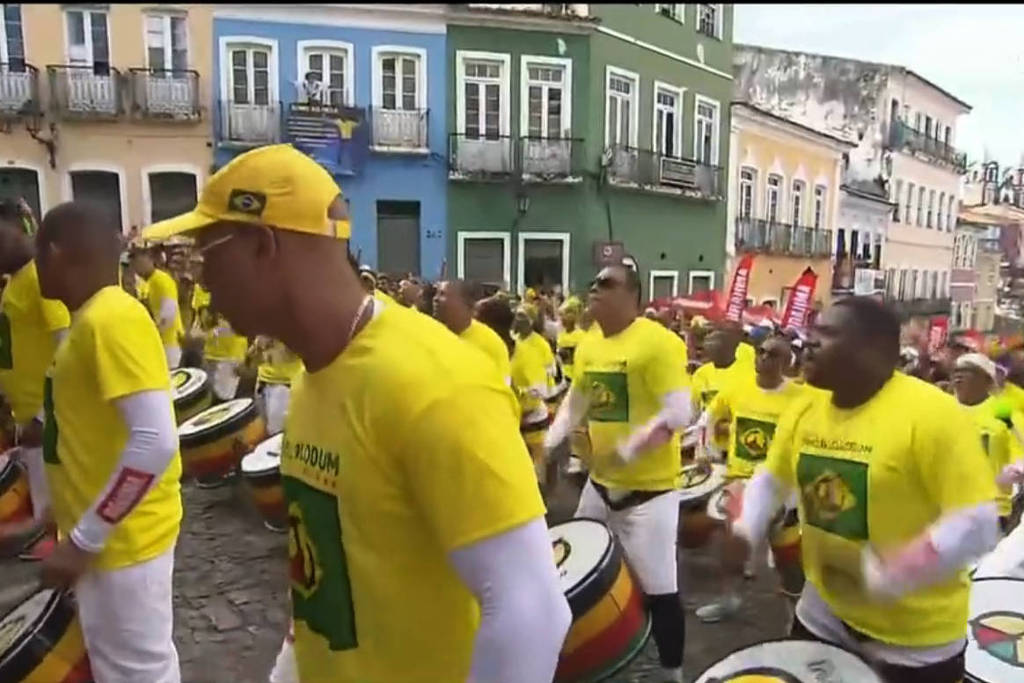 Galvão Bueno calls Olodum’s ‘contagious energy’, and the web decrees the start of the Cup

Galvão Bueno vibrated as in previous years when he called, live, images of the presentation of the traditional block Olodum, in Pelourinho, historic center of Salvador, before the transmission of the game between Brazil and Serbia, in the World Cup in Qatar, this Thursday afternoon -Friday (24th). He also showed the giant dolls of Olinda.

“Look, where are my friends, let’s go to Pelo, to Pelourinho, in Bahia, Salvador. Say there Olodum”, said Galvão, excited by the image of the Afro-Brazilian block that does not deviate from the rule of previous years with musicians playing and dancing with the historic center of Bahia full of people.

On social networks, Internet users declared that the World Cup does not start without Galvão Bueno calling Pelourinho. “Tell me Olodum. The World Cup has officially started”, tweeted an internet user with a video of Galvão calling Olodum.

“The Olodum in Pelourinho at the time of the World Cup is a World Heritage Site”, wrote a user on Twitter “Olodum, we are in the World Cup”, tweeted another. “There’s no way, the moment when Galvão Bueno calls Olodum and the dolls from Olinda is too legendary. Now he painted the atmosphere of the World Cup!”, said an internet user.

Facebook
Twitter
Pinterest
WhatsApp
Previous article
France: Investigation into the funding of Macron in the 2017 and 2022 elections
Next article
Metron Analysis poll: At 10.2% the difference between ND and SYRIZA in the vote estimation