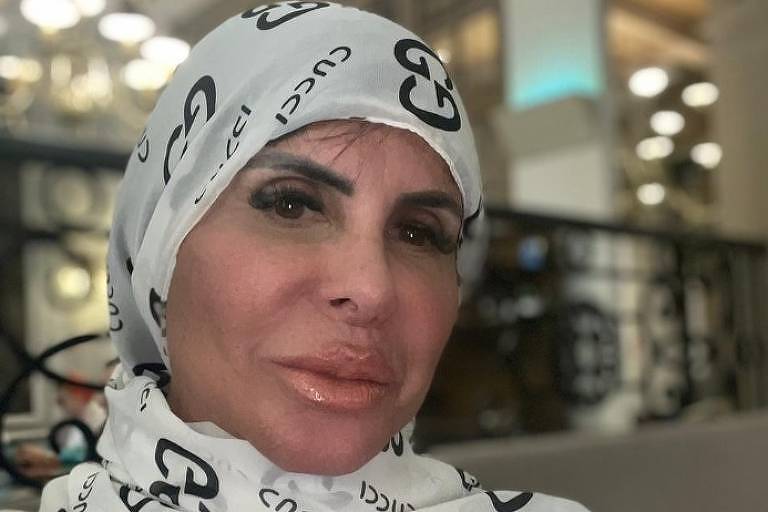 Gretchen can’t resist the rhythm of a drumming, rolls around in a square in Qatar and fans comment: ‘She’s going to be deported’

Invited by a profile specializing in entertainment news to cover the World Cup in Qatar, Gretchen has been showing her followers what her work routine is like during the competition. Before Brazil’s victory over Serbia by 2-0 in the debut of Group G of the World Cup, the singer showed that she is not caring about the customs and rigid rules imposed in the Middle Eastern country. Gretchen published a video in which she appears rolling in the middle of a square.

In the images, Gretchen gets carried away with the drumming and even tries to dance the samba, but when she is encouraged by a female voice “Conga la Conga, Conga la Conga”, she moves her hips in a sensual way and several people around the circle of musicians start to sing. shoot the scene. On Twitter, the team that manages the account even joked with the singer’s video: “The dismissal is coming, okay?!”.

However, the publication ended up worrying Gretchen’s fans. Many followers fear that Brazil’s queen of rebolado could be deported for her unusual behavior in public places in Qatar. Even in the middle of an international event, the consumption of alcoholic beverages is only allowed in certain places, you cannot show affection in public. It is also recommended for men and women to wear garments that cover shoulders and knees, in addition to not being allowed to campaign, speak or publish in favor of or to defend the LGBTQIA+ community.

“Soon she will be deported!” wrote one fan. “Guys, tell Gretchen that she is in Qatar”, joked the second follower and the third completed. “How crazy”. It is worth remembering that three hours before Brazil’s victory, the singer made a video saying that she was in front of the match venue. Except that she was at the entrance to Estádio 974 and the game would take place at Estádio Lusail. Luckily, the distance from one place to another is thirty minutes in Doha, capital of Qatar. But netizens did not forgive Gretchen’s gaffe

Facebook
Twitter
Pinterest
WhatsApp
Previous article
Thiago Silva becomes the oldest player in the country to play in a World Cup
Next article
UN: Extreme poverty to increase in Latin America in 2022