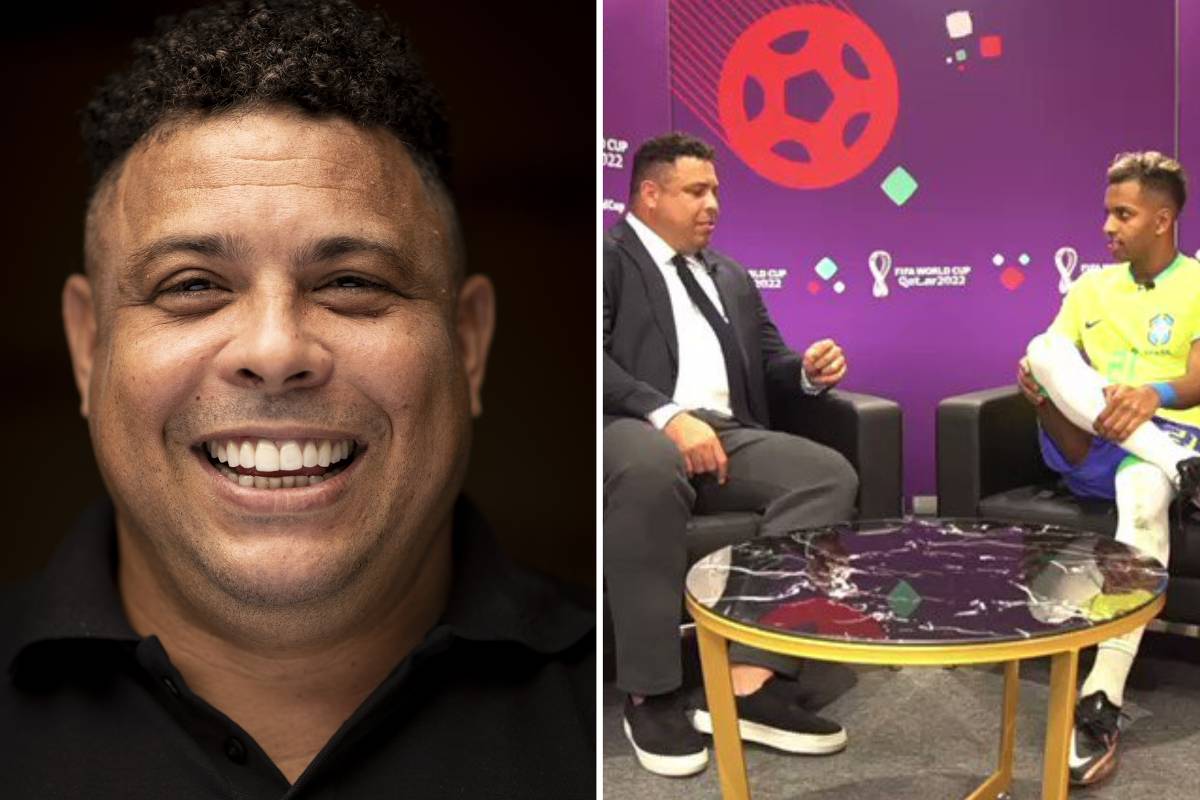 The Brazilian national team player Rodrygo, responsible for the assist that brought Casemiro’s goal in the Brazilian victory against Serbia, made a joke with Ronaldo Fenômeno, in an interview with Canal Ronaldo TV, and drew laughter from the former soccer star.

At the end of the conversation, the Real Madrid striker rubbed his hands on Ronaldo’s leg and then on his own, joking about “getting a little bit” of the magic and talent of the former number 9 of the Brazilian national team. On Twitter, netizens praised the athlete’s joke.

“Beautiful,” wrote one. “End of a brilliant interview”, punctuated another. “It was the same thing Gabriel did with Zico”, recalled a third, citing Flamengo striker Gabriel Barbosa, known as Gabigol, who was left out of the World Cup.

The five-time world champion for the Brazilian national team drew attention in the match this Monday (28), when watching the game between Brazil and Switzerland at Stadium 974, in Doha, Qatar. Through social networks, he warned that he no longer had any symptoms of Covid-19 and that he had two tests, one on Sunday night (27) and another during this Monday and that both were negative.

Ronaldo shared a photo alongside teammates Cafu, Roberto Carlos and Kaká in the stands of the stadium. “Nothing like watching our Selection alongside these beasts,” he wrote in the caption of the photo. The former Vampeta national team player commented on the photo. “Beautiful,” he wrote. “A moment blessed by God among friends”, commented former player Amaral.