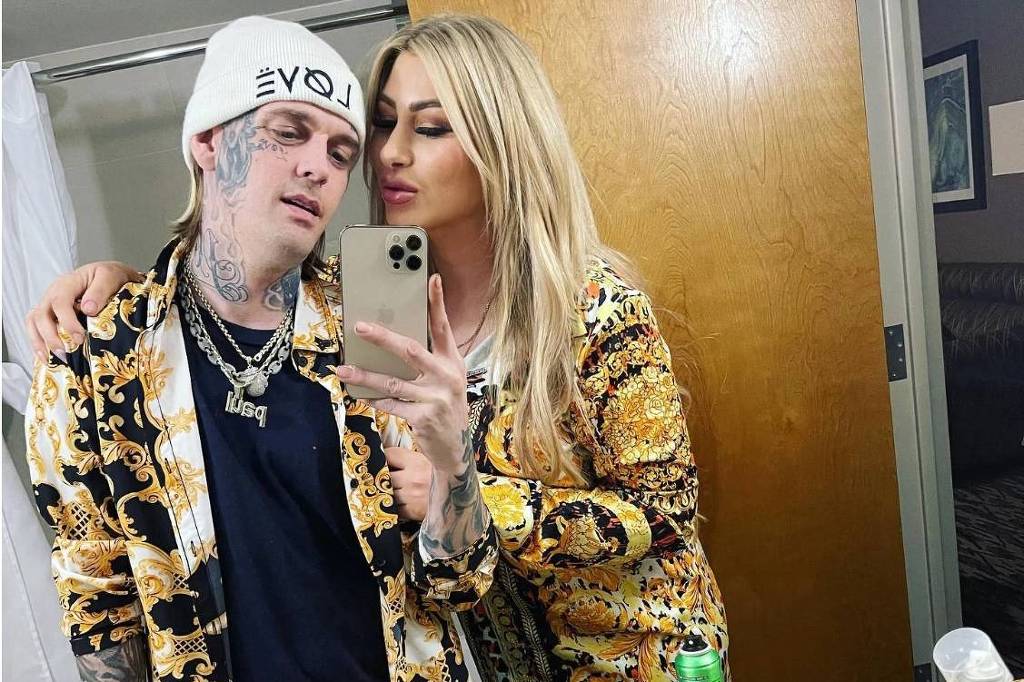 Aaron Carter and Melanie Martin would complete three years of relationship in early 2023, but the singer died on November 5th, aged 34, from an undisclosed cause. Bride and mother of the artist’s only son, Prince, despite not maintaining a good relationship with the pop star family, she revealed that she will not fight over her partner’s inheritance with the Carters.

But the model, who was not invited to attend the ceremony organized by the singer’s family to deposit his ashes in the Florida Keys, has already hired lawyers to take care of her property. Aaron is the brother of singer Nick Carter, one of the members of the Backstreet Boys group. The two never got along well. “My heart was broken. Even though my brother and I have a rocky relationship, my love for him has never faded,” Nick wrote on social media at the time of Aaron’s death.

Melanie and Aaron started dating in early 2020, and got engaged in June of that year. Their relationship was marked by turmoil: the model and the singer broke off their engagement a week after Prince’s birth in November 2021 and got back together in February 2022. The model was even arrested for domestic violence in June 2020. last March, she accused her partner of breaking three of her ribs during an argument earlier this year.

Facebook
Twitter
Pinterest
WhatsApp
Previous article
Breton to Musk: “There’s huge work ahead to bring Twitter into compliance with digital law”
Next article
Ark of the World: The avalanche of revelations is unstoppable – A minor complains of misconduct by a leading executive

About to give birth, Claudia Raia poses naked in a photo shoot: ‘Nothing superior to love’