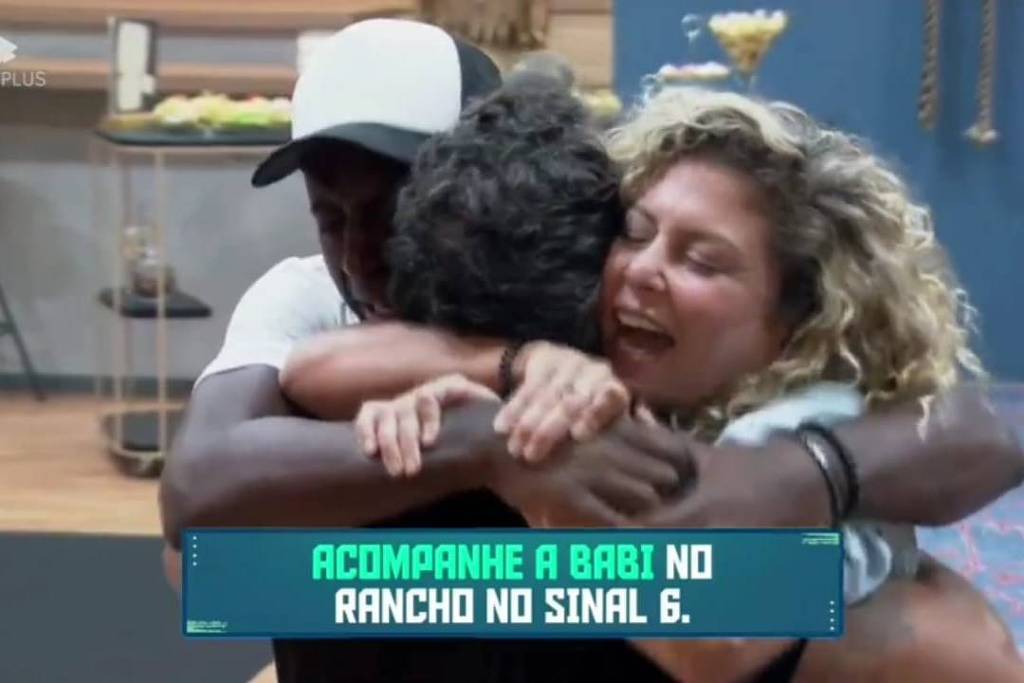 Pedestrians André Marinho and Iran Malfitano were thrilled at the reunion with Bárbara Borges at the ranch of A Fazenda 14 (Record), this Friday afternoon (2). They didn’t know that the cow had been eliminated in a false swidden, on Thursday (1st) and they thought they had been drawn for an activity on the ranch.

When they entered the ranch and saw the cow, they started screaming and crying. André lifted Babi onto his lap and Iran threw himself on the floor. The cowboy also cried with emotion when she found the farmhands she was friends with before entering reality. “Thank you, public”, shouted André, wiping the tears with his hands.

The cowboy told her friends that she saw everything that was happening at the farm’s headquarters, heard conversations between her opponents and that she chose them to visit her at the ranch – the meeting lasted about an hour and a half. “They gave me this gift”, said the emotional person. Meanwhile at the headquarters, the peons of group A were not happy to see that the peons had been drawn for the false activity.

Before returning to the farm’s headquarters, Iran and André had to invent a story to mislead the other farmhands about what they had done on the ranch. They will not be able to comment with the other participants about the fake swidden because they run the risk of the three being punished with a real swidden.

Babi returns to the headquarters of A Fazenda this Saturday (3) bringing a twist in the game.

Facebook
Twitter
Pinterest
WhatsApp
Previous article
Brazil is leaked for the first time, but advances with the best defense in the Cup
Next article
New partner of his idol Messi, Enzo Fernández is a revelation of the Cup