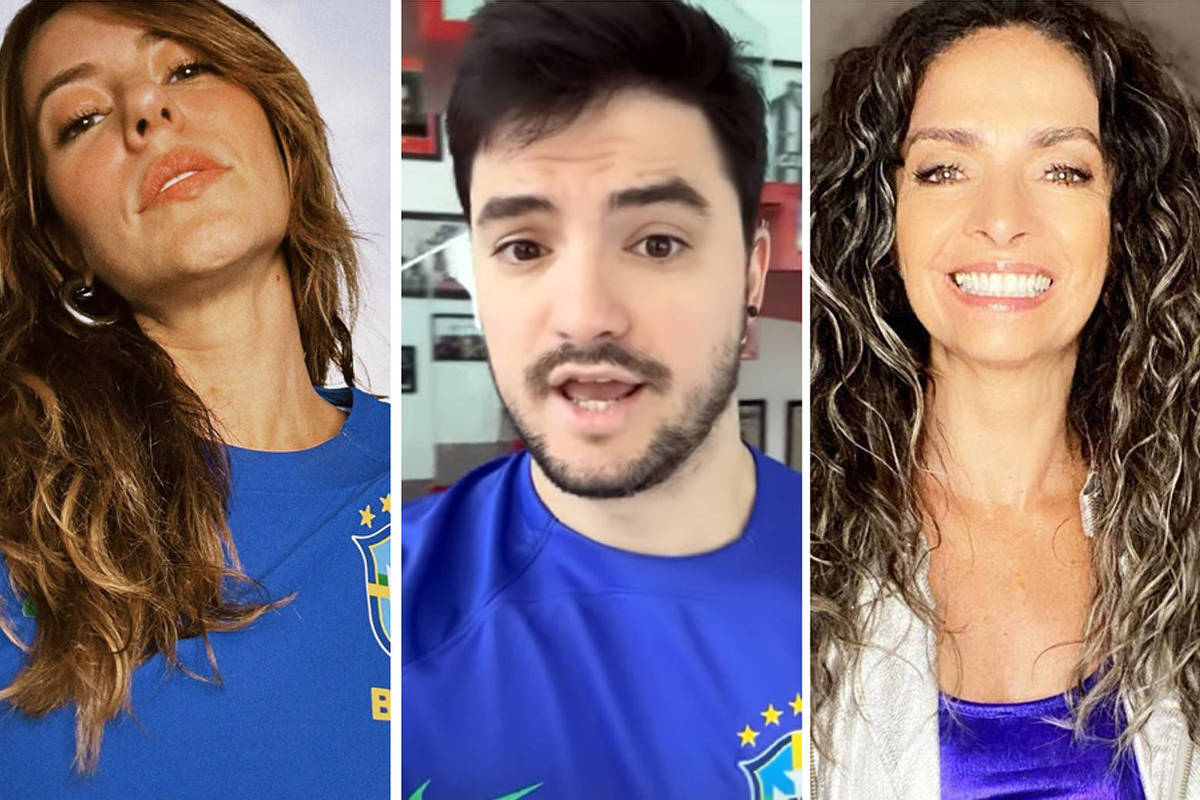 This Friday (9), Brazil faces Croatia in a new World Cup qualifying match. To show support for the Brazilian soccer team in this quarterfinal match, celebrities published their looks, guesses and bets for the result.

Actress Cláudia Ohana showed her “very basic” look, as she described it. “It’s just that the animation is increasing. You understand me, right? Towards the sixth, Brazil”, she wrote, on her Instagram. She appears wearing a metallic blue bodysuit with a silver blazer, holding a soccer ball.

Commentator Walter Casagrande Jr. also showed the preparations for the match. He, who was involved in a controversy with Tiago Leifert and former national team players this Thursday (8), posed alongside reporters to cover the game. “Let’s go!” he wrote him.

Actress Paolla Oliveira also posed wearing the shirt of the Brazilian national team, and joked about the superstitions that are created around the game. All positive energy is valid and important, for everything we set out to do “, she wrote. ” There’s already a game! Let’s go team!”.

The five-time champion Brazil goes into the game accumulating three wins and one defeat in the World Cup. In the group stage, they beat Serbia (2-0) and Switzerland (1-0) and, with the reserves, lost to Cameroon (1-0). In the round of 16, they eliminated South Korea with a rout (4-1).

On the web, the timing for the announcement of names that will compose the first echelon of the government of Luiz Inácio Lula da Silva (PT), less than an hour before the dispute between Brazil and Croatia in the quarterfinals of the 2022 World Cup, aroused among netizens speculation about the reason.