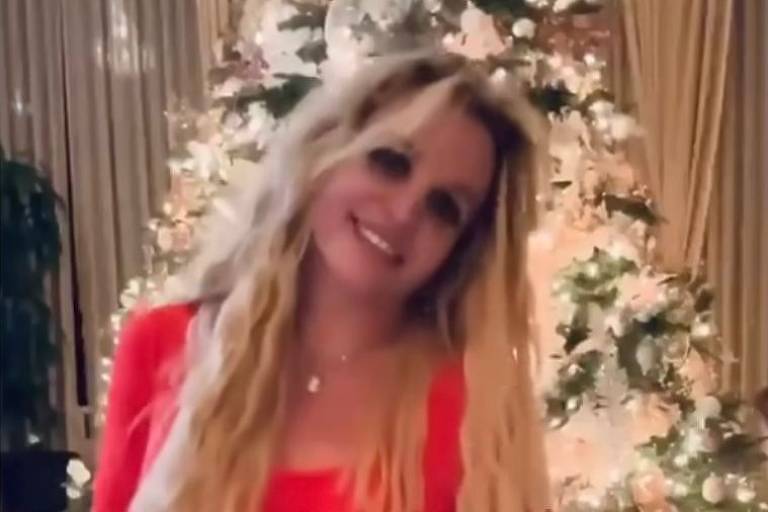 American singer Britney Spears reactivated her Instagram account this week with a somewhat unusual Christmas performance. Accompanied by the song “Santa Baby”, interpreted by Eartha Kitt, the princess of pop dances, drinks, eats a cake from the floor and even smears herself with pieces of dessert.

“It’s been my birthday all week and I know my Instagram has been disabled a few times but honestly I’ve disabled it myself the last two times,” she wrote in the caption. She turned 41 years old on the last day 2.

The singer starts the video by turning a bottle and drinking what appears to be champagne. She is surrounded by red rose petals, candles and birthday themed balloons.

In another scene of the same video, Britney is seen in front of a Christmas tree, with her knees on the ground, while dancing and caressing her own body. Not satisfied, she runs her hands through her hair, shakes her head and, to the surprise of those watching, shows the middle finger to the camera.

“And jolly Santa Claus is on his way, folks!!! My goal this year is to learn to be as comfortable with people as they are with me,” said the singer in the caption of the publication. “This is my first year in 15 years being treated as an equal,” she said, in a possible reference to the period in which she lived under her father’s judicial guardianship.

As the performance approaches its last seconds, the singer turns her face towards a cake positioned on the floor, covered with white whipped cream.

When she gets up, her forehead, cheeks, nose and the entire décolleté area are covered in traces of the cake. Finally, Britney uses her two hands to spread the frosting and dessert pieces over her body. “Is this video a little weird or weird to watch??? DUH, that’s the point!!!”, said the singer about the post, without giving further clarification about the initiative.

Filled with unusual and even controversial publications, such as the photos in which she appears naked, the pop princess’s Instagram has already been pointed out as one of the reasons for the worsening of the frayed relationship between her and her children.