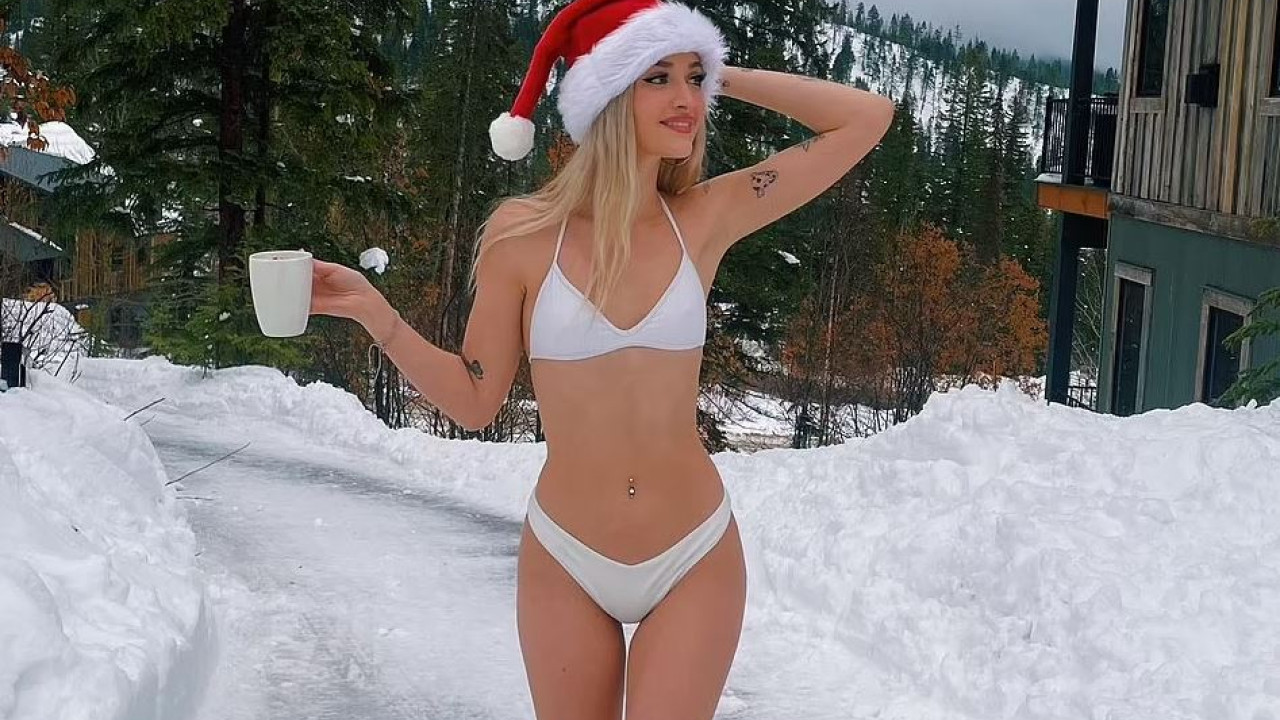 Sami, 18, held a white mug of hot chocolate as she posed for the camera

His daughter Charlie Sheen and Denise Richards, Sami Sheen, rather, sings “it’s not cold in snowy Montana…”. The curvaceous model donned a white bikini and decided to take a walk in this lovely place.

In fact, she also “uploaded” her photos on social media, wanting to give a small gift to her 118 thousand followers, while she did not forget to wear her Christmas hat.

“The Grinch stole my clothes this year,” wrote Charlie Sheen’s daughter with humor, who was photographed in the snowy landscape.

In fact, sweet Sami was holding a white mug of hot chocolate as she posed for the camera. In another photo, the 18-year-old appears next to a cute snowman.

Sami announced a few months ago her business venture to work with a well-known platform and publish her photos. In September 2021, Sami made headlines when she uploaded a video to Tik Tok where she claimed she was trapped in an “abuse house” while living with her mother. At the time Richards had said: “There are certain rules and I enforce them. And at Charlie’s house there are different rules and that’s fine.”

Richards and Charlie married in 2002, but their relationship began to go through a crisis in 2005, shortly before the birth of their second daughter, now 16-year-old Lola Sheen. As Richards had said in a 2020 episode of “Real Housewives of Beverly Hills” she filed for divorce when she was six months pregnant, as her relationship with Sheen had become toxic. In 2011, she adopted another daughter, Eloise Richards, and married Aaron Phypers in 2018.