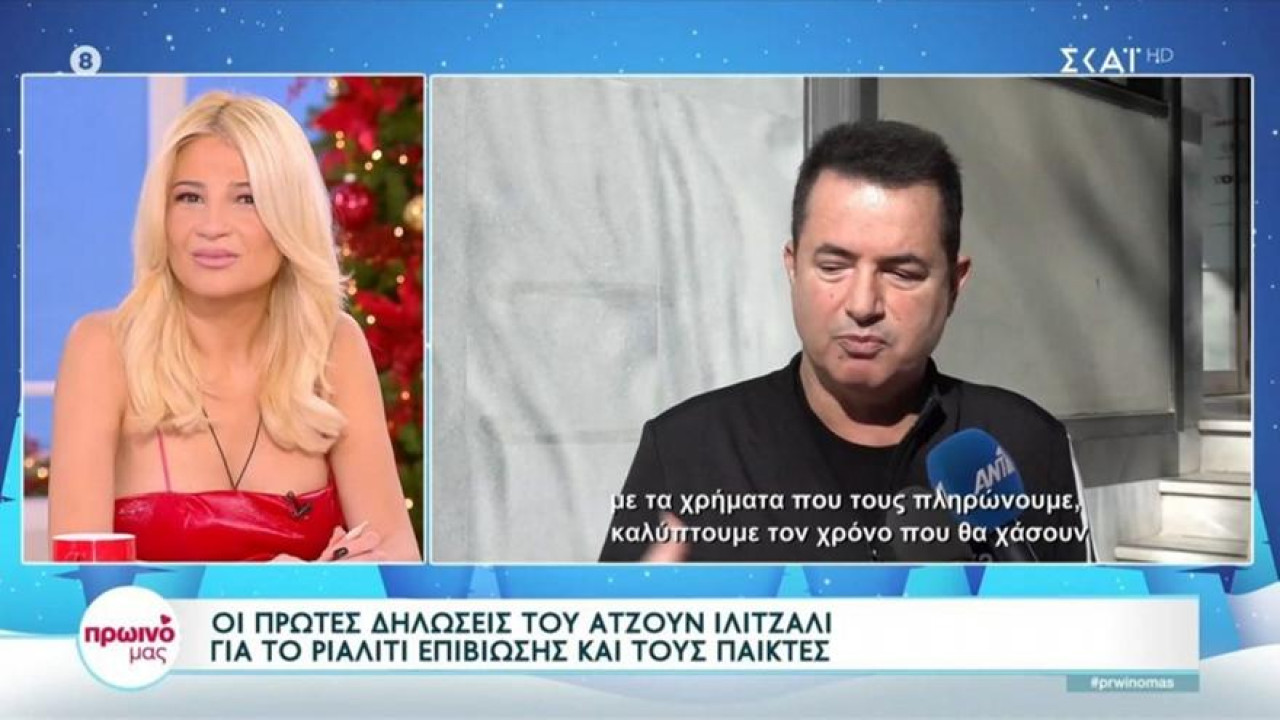 ALL STAR SURVIVOR: “90% of the players are in – I don’t know if Rose will be in” said Atjun

Ajun Ilijali made his first statements before the start of All Star Survivor to the journalists.

The Turkish producer of the popular survival reality show referred to the players’ salaries, to the few absences that will exist, while leaving open the possibility that Triantafyllos will enter the course of the game.

“All Star is like that, you can’t have all the players, some will be in, some won’t be. Not everyone can come, some also have jobs, some don’t want to, it’s natural.

How can you make an All Star with all the players? If you ask me, 90% are with us. To me, All Star doesn’t mean you have to bring them all. You have to put on a good show with those who want to be in the show,” he initially said.

“I don’t know about the money, I’m not involved with it. With the money we pay them, we only cover the time they will lose from their jobs. We’re not trying to make them rich,” he said of the players’ fees.

As for the reason he didn’t follow Giorgos Lianos on social media? “I will follow him immediately. I don’t know why I don’t follow him. I use my account professionally and there is a team of eight people who handle Instagram. I follow them all from my fake profile… On Instagram mistakes can be made and my comments can be commented on. This is a problem. I use a fake profile and follow the host, like everyone else. George is my brother. I forgot to follow him and I will follow him.”

Finally, regarding Triantafyllos, who is not among the initial 26 players who flew today to Santo Domingo, he emphasized: “Triantafyllos is “my brother”, he is a fantastic competitor. We also talk on Instagram. He is not with us but we love him. God knows if he’ll be on Survivor later.”