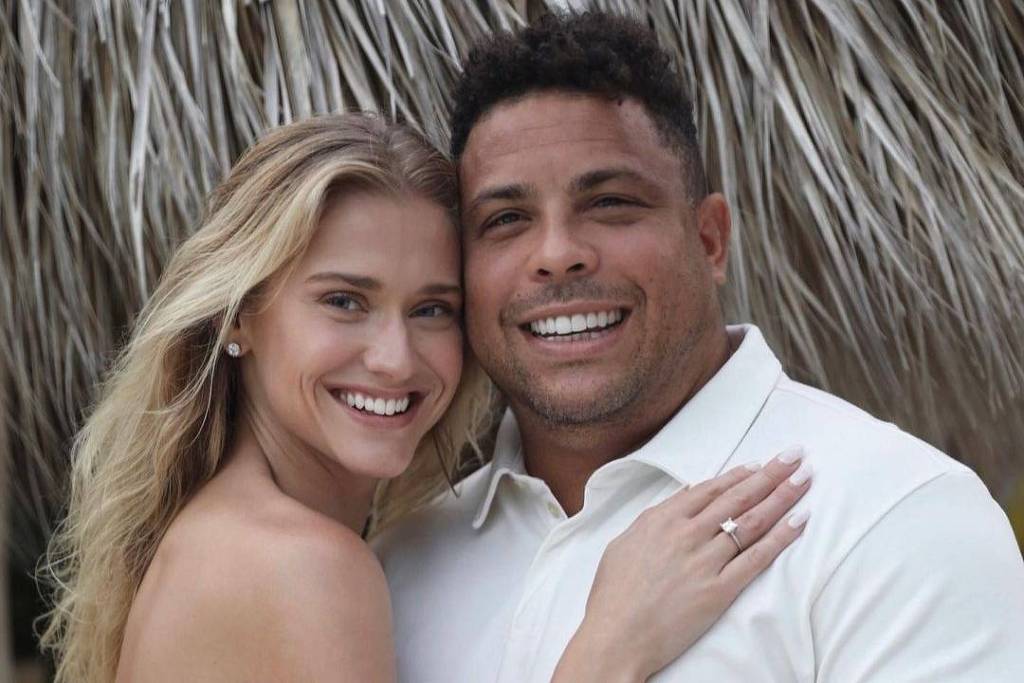 Ronaldo asks Celina Locks to marry him: ‘I love you forever’

Former soccer player Ronaldo Fenômeno, 46, is engaged to model Celina Locks. He proposed to his girlfriend during a vacation trip to Punta Canas, Dominican Republic, and she shared the news on social media.

“Yes, I do [Sim, eu aceito]. I love you forever, Ronaldo “, wrote the bride in the caption of a photo hugging the star showing off the engagement ring. “Love You”, commented Ronaldo who has been dating the model for eight years.

Milene Domingues, Ronaldo’s first wife and mother of his son Ronald, congratulated the couple. “Ah how cool Ceeeee!!! So happy for you! God bless and protect you always!!! Long live love.”

Celina will be Ronaldo’s fourth wife. He was married to former soccer player Milene Domingues, with whom he had Ronald. Afterwards, he had a quick three-month marriage to presenter Daniela Cicarelli. The former player’s third wife was Maria Beatriz Antony, mother of the twins Maria Sophia and Maria Alice.