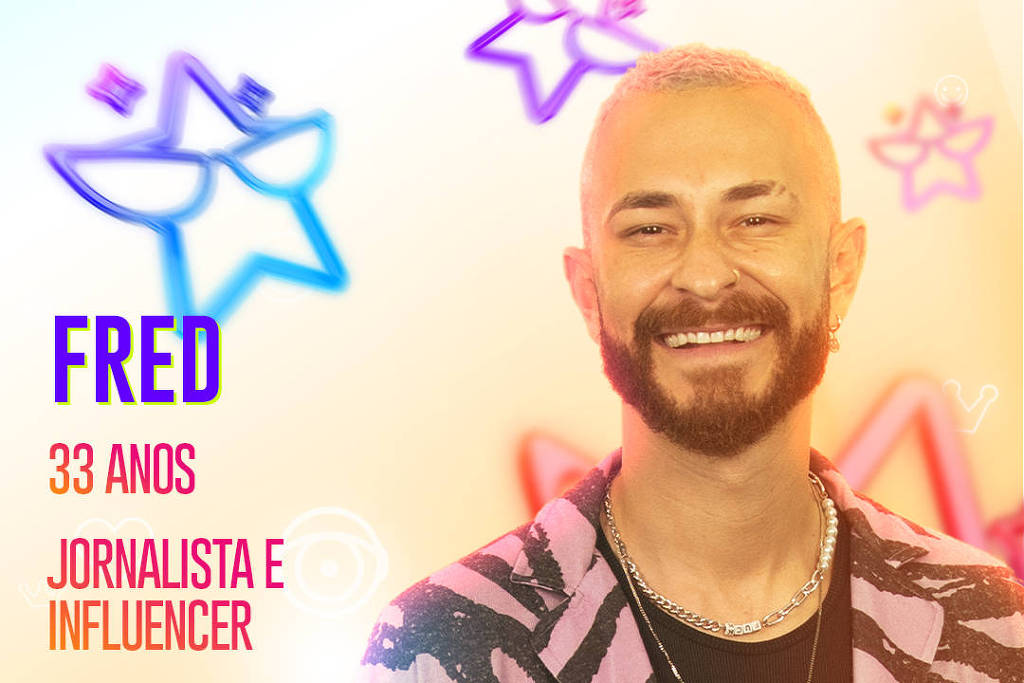 BBB 23: Fred, formerly of Boca Rosa, is an influencer and ‘partner’ of Neymar

Announced earlier this Thursday afternoon (12) as a participant in Big Brother Brasil 23, Bruno Carneiro, known as Fred on social media, is a 33-year-old influencer and youtuber.

Fred is also a journalist, but became known nationally after joining the football channel on YouTube Desimpedidos. He had a relationship and a son with influencer and businesswoman Bianca Andrade, Boca Rosa. The youtuber says he has always been a big fan of BBB.

“Back there I signed up like popcorn and now I’m fulfilling myself. But I’m already thinking about going to a final, I dream of winning the prize and being accepted by the public”, he reveals, who is a friend of many soccer players (it’s a Neymar, for example) and counts on their vote -and a possible campaign- to do well in the game.

Fred considers that reality will be the biggest challenge of his life. “It’s an act of courage. Things are going well, but the exposure on the program will be tremendous and I want to take advantage of it. I want to win people’s hearts”, says the influencer.

He is single in the competition and says that, at first, he does not intend to get romantically involved with anyone. “I come in to play and to play. I want to live the friendships, the bonds, the ties. Those who are together have a better chance of surviving. I want to make alliances early on.”

Among other curiosities, Fred has been working since he was nine years old, he is a fanatic from Palmeiras, wanted to be a football player and was an audience entertainer on the Domingão do Faustão program.