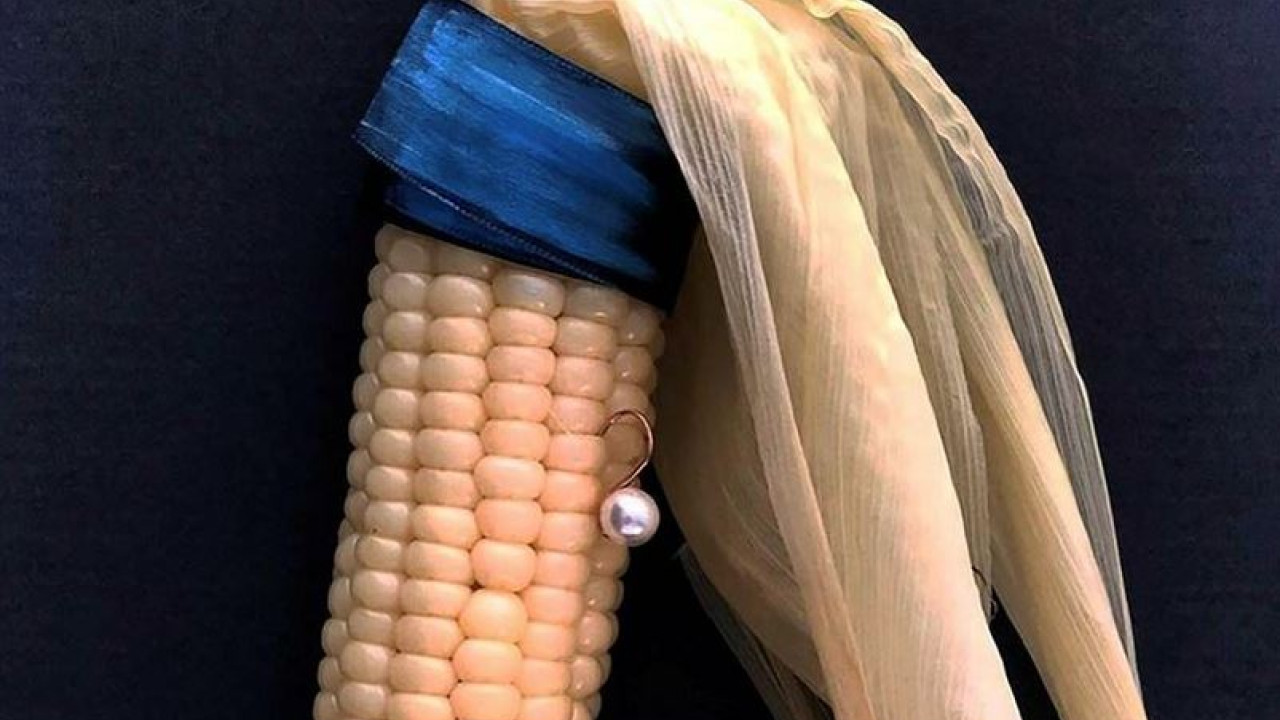 Mauritshuis Museum: “The girl with the pearl earring” “leaves” and the public takes… action! – See photos

On February 10, it opens at Rijksmuseum, Amsterdam the largest exhibition of his works Johannes Vermeer that has ever been done; consequently, the Mauritshuis Museum in The Hague will be without the jewel of its collection for weeks: the famous painting “The Girl with the Pearl Earring”.

However, the wall on which it is hung will not remain empty, as it hosts new versions of the oil painting, created by the art-loving public.

As of April 2021, the museum opened the Instagram account @mygirlwithapearl, bringing together fun artworks, submitted by art lovers, inspired by Vermeer’s painting. The new campaign, branded ‘My Girl With a Pearl’, launched by inviting everyone to paint or draw their own version, or recreate it in clay, embroidery or collage (even a pizza version was acceptable). Versions were accepted until January 15.

“We will miss the painting ‘The girl with the pearl earring’ very much,” said Paul Schuiling, adviser for cultural cooperation at Nationale-Nederlanden, based in The Hague, in a statement. “For this reason, the Mauritshuis and the Nationale-Nederlanden appeal to creative talents to send in their beautiful variations.”