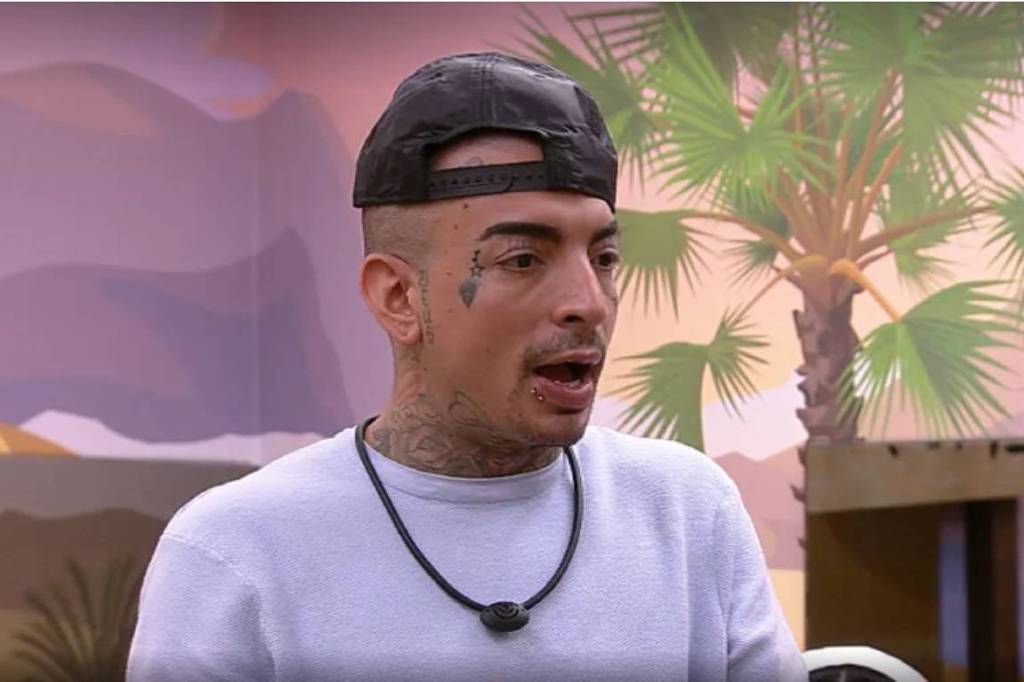 BBB 23: MC Guimê gathers allies and outlines strategies to get rid of the first Paredão

The residents of the fourth desert of BBB 23 are not playing around in reality and it seems that a brother is already emerging as the leader of the group: MC Guimê. Earlier this Friday night (20), the singer gathered allies to count possible votes and outline a strategy to save the partner doubles of the first Paredão of the season on Sunday (22).

“We asked the leaders who can put duo A, B or C, but they have stronger duos than the others and who is at risk is someone from our group, the big group. This group has two duos with very big risks: Guimê and Tina and Gabriel and Paula. They are very much at risk. If they win the immunization, I guarantee Gabriel and Paula only by signing a contract for (my being on) the first Paredão of the BBB, that this will happen”, began Lexa’s husband.

“If Paula and Gabriel get immunization and give it to Guimê and Tina, they are in the hot seat. Nobody wants it, but if we are here, we are ready for the game. weak from there. Second place, Cristian and Marvvila. I would be more comfortable, since I’m putting mine on the straight and defending mine, I would like… If everyone goes in Domitila and Black, for Guimê and Tina it would be a Paredão smoother for us,” he continued.

Guimê continues with his argument to convince Paula, Amanda, Aline, Bruno, Larissa, Antônio Cara de Sapato, Fred, Ricardo and Tina. “Taking the Paredão with Gustavo and Key, even though she contradicts herself at all times, she is strong out there and it will be much more difficult. So we came to propose to you, we decided (he and some brothers) that we will vote for Domitila and Black. You Domitila and Black agree?”.

Facebook
Twitter
Pinterest
WhatsApp
Previous article
Brazil records 97 deaths and 14,500 cases of Covid
Next article
Nelson de Sá: With the largest population in the world, India threatens to be the new China