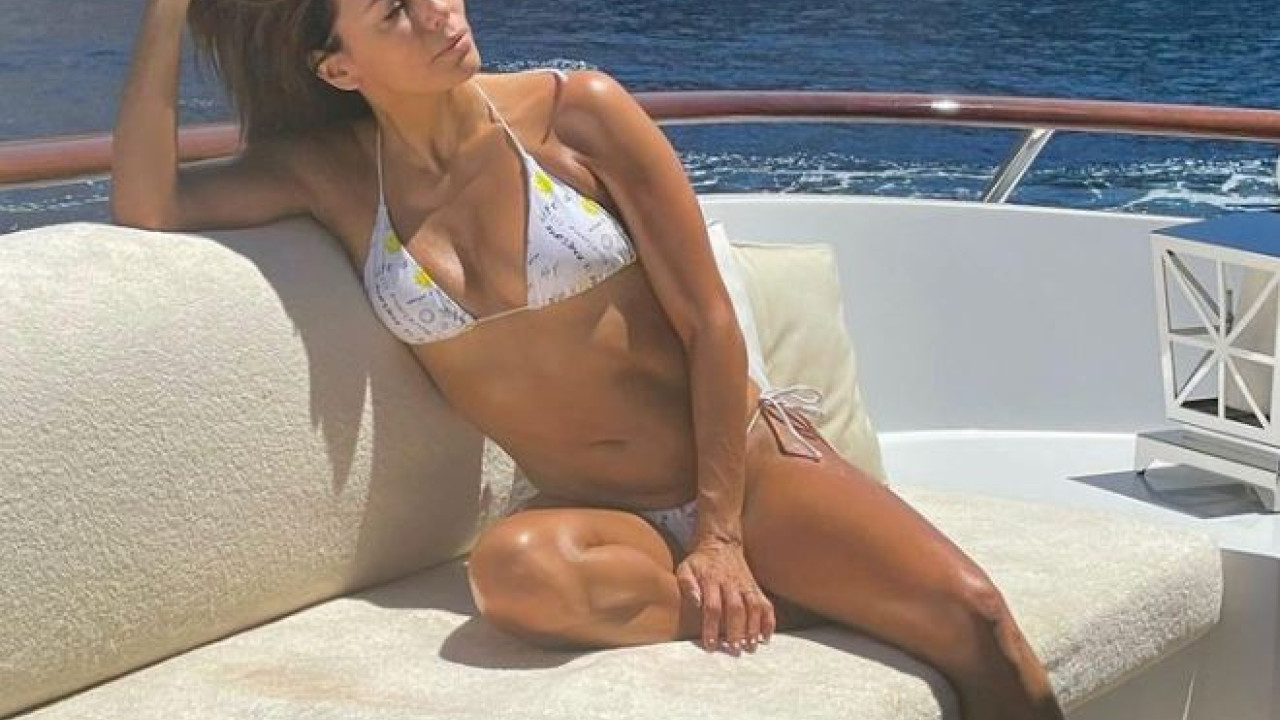 Eva Longoria: At 47, she has an incredibly fit body – She misses the summer sun…

47-year-old Eva Longoria showing off her incredibly fit body, wearing a bikini. In fact, she “uploaded” the photo herself on social media and caused her fans to be delirious.

The 47-year-old actress donned a white and yellow bikini, as seen in the photo, which revealed her toned waist and toned legs as she lounged on the couch of a boat. Longoria’s post came on the heels of the announcement that her directorial debut “Flamin’ Hot” will begin streaming on Hulu in June.

The ‘Desperate Housewives’ actress wrote in her post: ‘Is anyone else missing the summer sun?’

The streaming service announced that its new film will premiere on June 9, with Hulu also showing off new photos from the film.

“Flamin’ Hot” will have its world premiere in March at the SXSW film festival, and also comes months after filming her new project “Land of Women” in Barcelona. The film wrapped production in August, where the actress released a statement about how proud she is of the film. The film made headlines in 2021, however, when a Los Angeles Times op-ed disputed Montanez’s claims that he created Flamin’ Hot Cheetos.

Facebook
Twitter
Pinterest
WhatsApp
Previous article
Kanzouris: “We came to fight against one of the favorites”
Next article
Moscow’s reaction to sending American tanks (Abrams) to Ukraine